'Welcome to the shitshow': Jeremy Deller's new film delves into the dark underbelly of Brexit 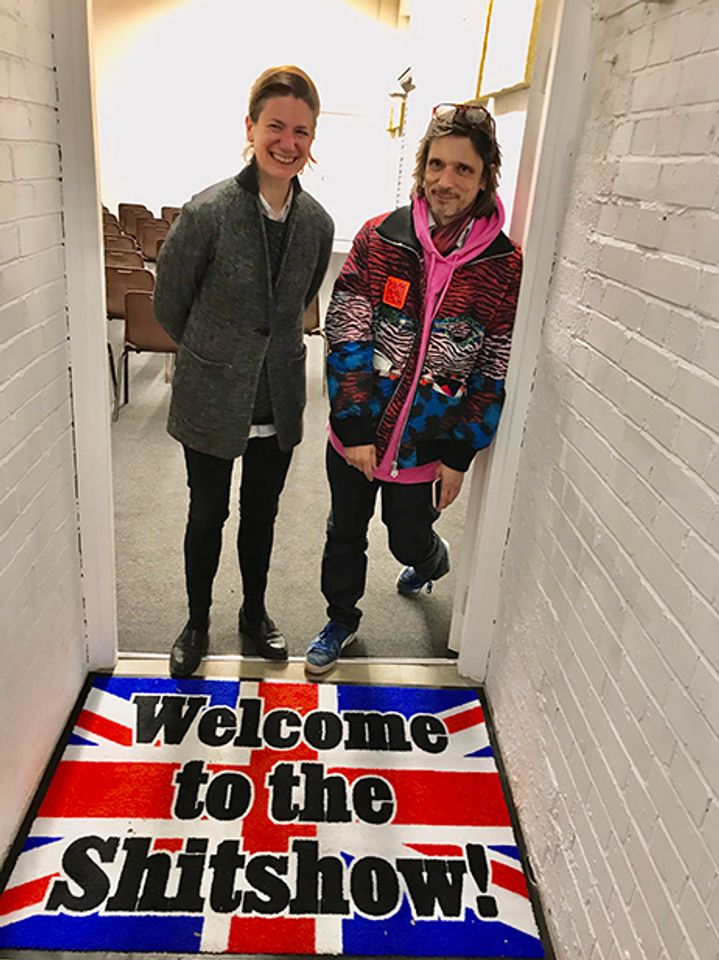 "Welcome to the Shitshow!". Emblazoned across the Union Jack, Jeremy Deller’s inimitable comment on the state of the nation got its first airing as a centrefold for the first issue of The Art Newspaper’s Frieze London daily editions . It now reappears as a doormat across the threshold of Hannah Barry Gallery in Peckham, offering an aptly bleak welcome to Deller’s new Brexit film which is showing there until 14 December.

Putin’s Happy (2019) was shot in and around Parliament Square in the first half of this year and offers a scary but also at times bleakly humorous journey into the multiple factions now gathered around Brexit. A debacle fuelled, reputedly, by Russian attempts to meddle in the 2016 referendum. At last night’s opening, Deller described Putin’s Happy as “a film about Britons not really knowing who they are”, and it certainly confirms us as a divided and often deeply weird nation. 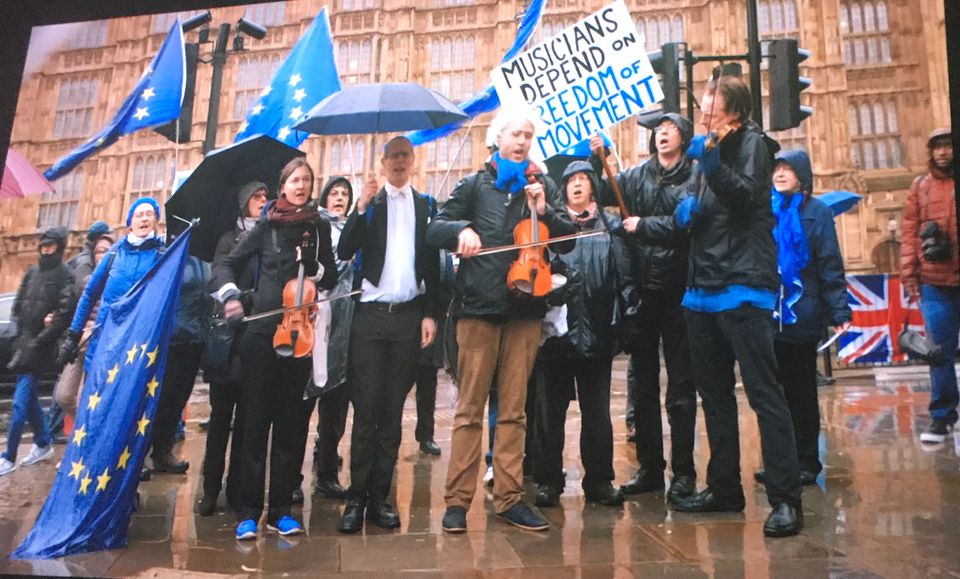 The film kicks off with the British national anthem and Beethoven’s Ode to Joy (1824), played in the torrential rain by a doughty band of Remainer musicians in support of empathy, unity and free movement. But there’s a rapid descent into a dark British underbelly of conspiracy theorists, rampant anti-Semites and a man who believes that Nigel Farage was sent by Christ. At a Brexit Betrayal Rally there are encounters with uniformed Protestant Unionist pipe bands from Scotland and a man covered in homemade tattoos who cites the bible's Book of Revelations, the sign of Satan and Britain’s victory in the 1966 World Cup. Then let’s not forget the couple brandishing their homemade flag dedicated to Ernst Augustus, a Hanoverian Prince currently living in London, who they claim to be the "true King of England".

Vladimir Putin is no doubt relishing the cacophony of confusion that unfolds here, framed by Deller’s wry, non-judgmental eye. Let’s just hope that the General Election on 12 December offers some way out, instead of digging us still deeper into this seemingly never-ending shitshow.