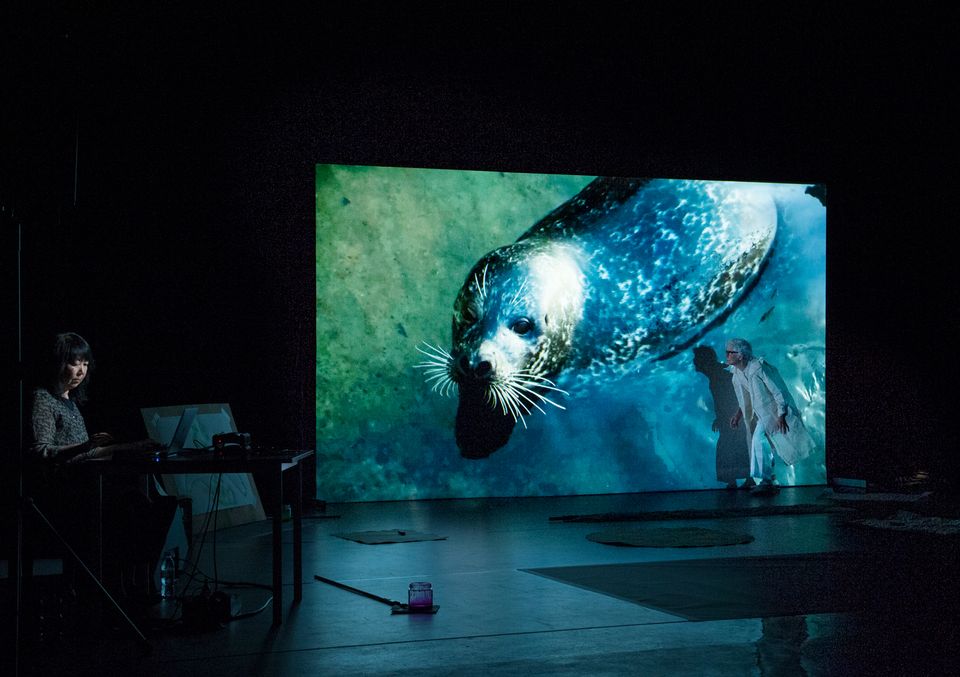 Did you know that sharks like nothing more than a cuddle? Or that a giant ray enjoys a stroke, and a Moray eel is especially partial to a hug? These and many more marine nuggets—including the astonishing tale of the Houdini octopus who could climb in and out of aquarium tanks replacing their lids behind her—were just one element of Joan Jonas’ characteristically-multilayered, multimedia work Moving off the Land: Oceans–Sketches and Notes, which received a one-off airing in Tate Modern’s Turbine Hall last Thursday (31 May).

Accompanied by the Japanese drummer and composer Ikue Mori, Jonas combined movement, live drawing, readings and projected images to pay homage to the poetics and the ecology of the world’s oceans and the creatures—both real and imagined—that inhabit them. At times this even included footage of Jonas herself, swimming elegantly underwater for astonishing lengths of time—especially for an octogenarian. Meanwhile, her live terra firma incarnation was also wowing an enthusiastic audience, which included fellow artists Susan Hiller, Isaac Julian and Christian Marclay, the Tate Modern’s director Frances Morris as well as Francesca von Habsburg, whose TBA21 Academy had commissioned the piece. 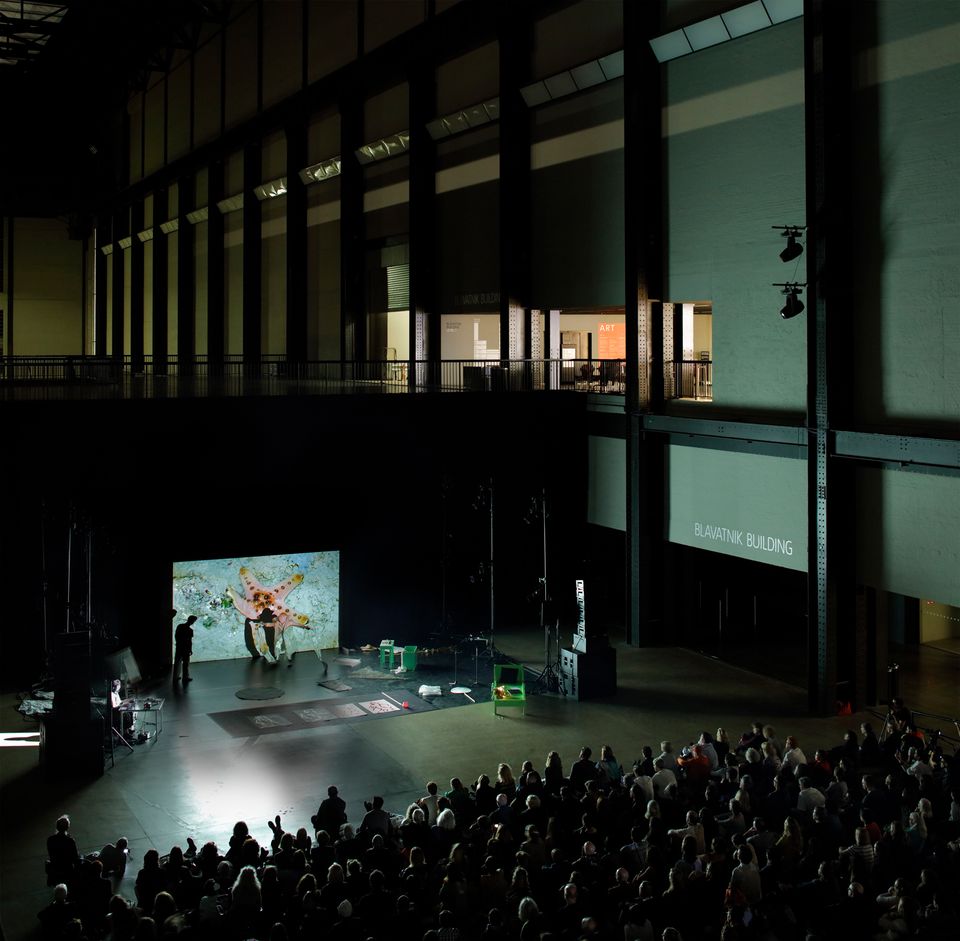 Many of the same crowd were also back at Tate Modern the next night (Friday 1 June) to hear Jonas in conversation with her long-standing friend and admirer, the British writer and historian Marina Warner. Here, amidst erudite discussions ranging across literature, fairytale and ecology, through to Surrealism, Hopi snake dances and Noh Theatre, we also learned that while Jonas can swim like a fish she also remains close to the surface, declaring, “I can swim, but I don’t dive.” Oh, and while she may have immersed herself in the rituals of many cultures, call her a Shaman at your peril—as Warner discovered when she mentioned the s-word, and received the firm rejoinder: “I’m not a Shaman—that’s too pretentious for me.” However while she may be neither a shaman nor an (official) Dame, Jonas is undoubtedly the grande dame of radical art. And when she declared that, “at times I have thought of myself as an electronic sorceress”, she also showed that she was capable of picking the best title of all.