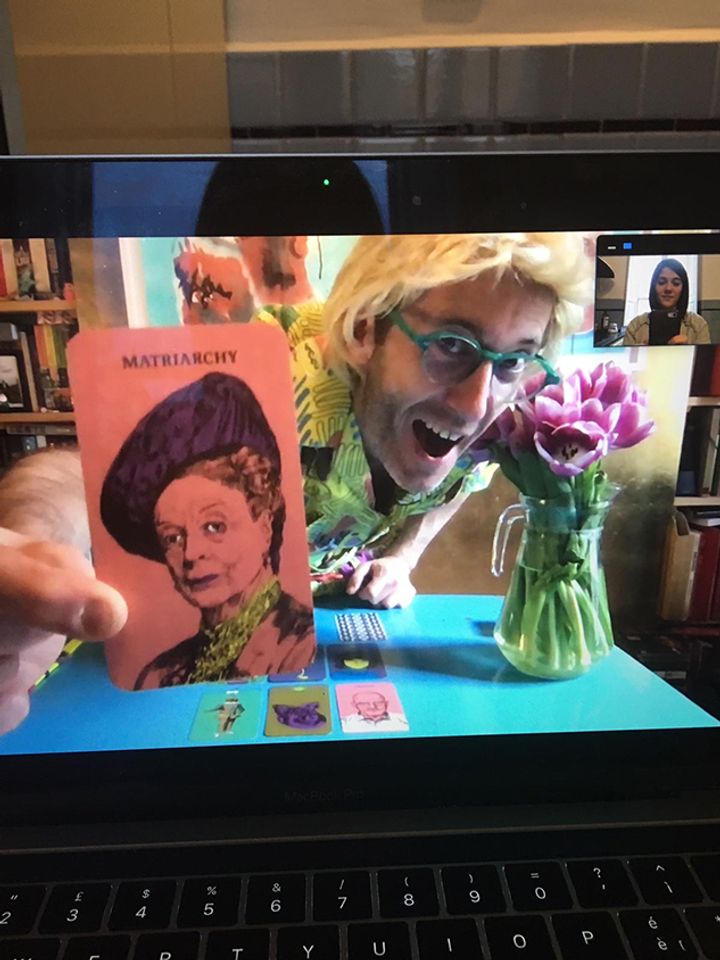 John Walter has always been the most hospitable of artists. I first encountered him at the 2014 Whitstable Biennial serving gin cocktails out of a beach hut, inside which was a "Slang Bar" devoted to saucy Polari talk—a form of slang once used by gay subcultures in the mid-20th century. Now in our time of crisis Walter is again reaching out to the masses, this time via Skype, to offer tarot readings every Friday throughout the current lockdown period. “I thought it was the perfect opportunity to cheer people up,” he says, though admitting that his first tranche of sessions last Friday “were pretty intense". "It’s like having a tutorial or psychoanalysis. People bring different things: some wanted to talk about their love life, some wanted to talk about money, some people just wanted to chat, I just have to go where they want to go.” 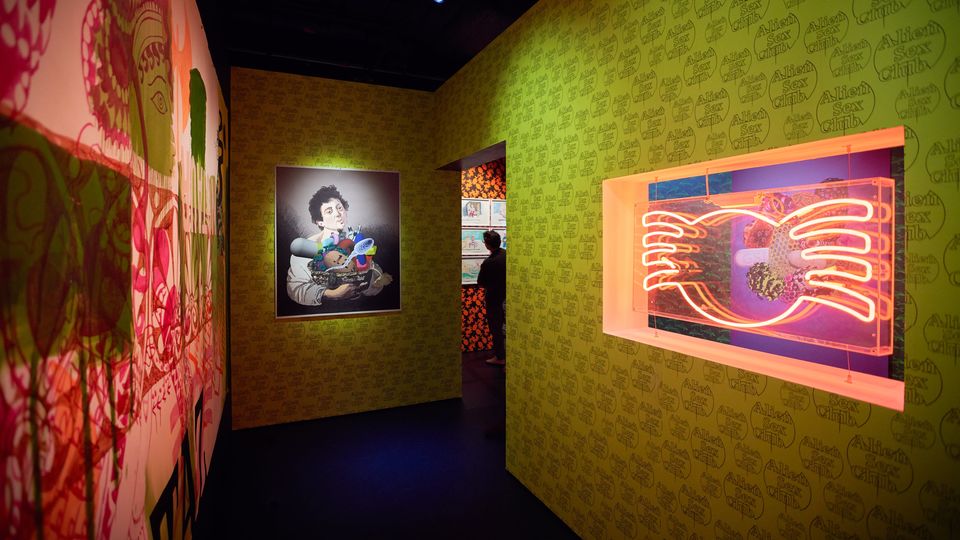 In addition to their therapeutic function, these lockdown tarot sessions also have a deeper relevance to the current situation, as they have their roots in Walter’s long standing preoccupation with viral matters. His distinctive grappling with the complexities of virology was first fully expressed in the 2014 Alien Sex Club, an immersive, multi-sensory exhibition devoted to HIV and contemporary sexual health. Although flamboyant and often kitsch in appearance, this immersive labyrinthine extravaganza (originally staged at the University of Westminster) was also scientifically accurate, having been created in close collaboration with HIV researchers at London’s University College. 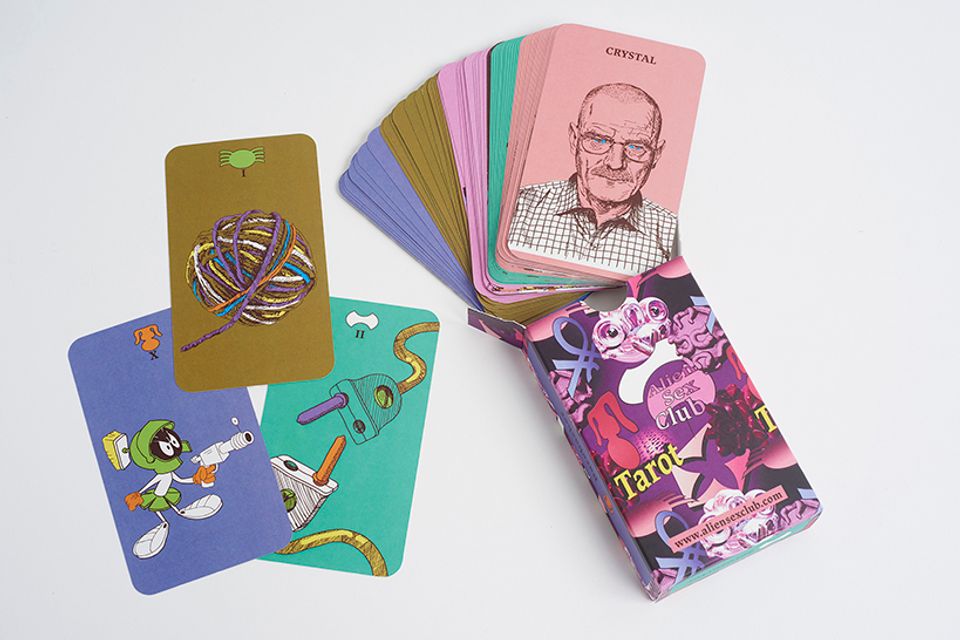 One of its many components was a popular series of public tarot readings carried out by Walter using a specially designed set of cards made in the traditional format but with four new suits: the Bug Chasers, the Gift Givers, the Bare Backers and the Serosorters. These were accompanied by various novel additions such as Dot Cotton from the television soap opera East Enders and the Chrysler and Empire State buildings tucked up side by side as The Lovers.

Walter has been making Tarot readings for over a decade with his original interest not ignited by any spiritual or supernatural concerns but by his likening of the Tarot to the extensive and adaptable mutations of a virus. “It’s all to do with lexicons and polymer chains; both the Tarot and a virus are a message sequence,” he explains. “If I do a nine-card read out of the 78 Tarot images there are infinite chains of narratives. But then in each reading I have to latch onto something that’s said and then zero in and open it up for discussion. It’s all about complexity, not simplicity.” 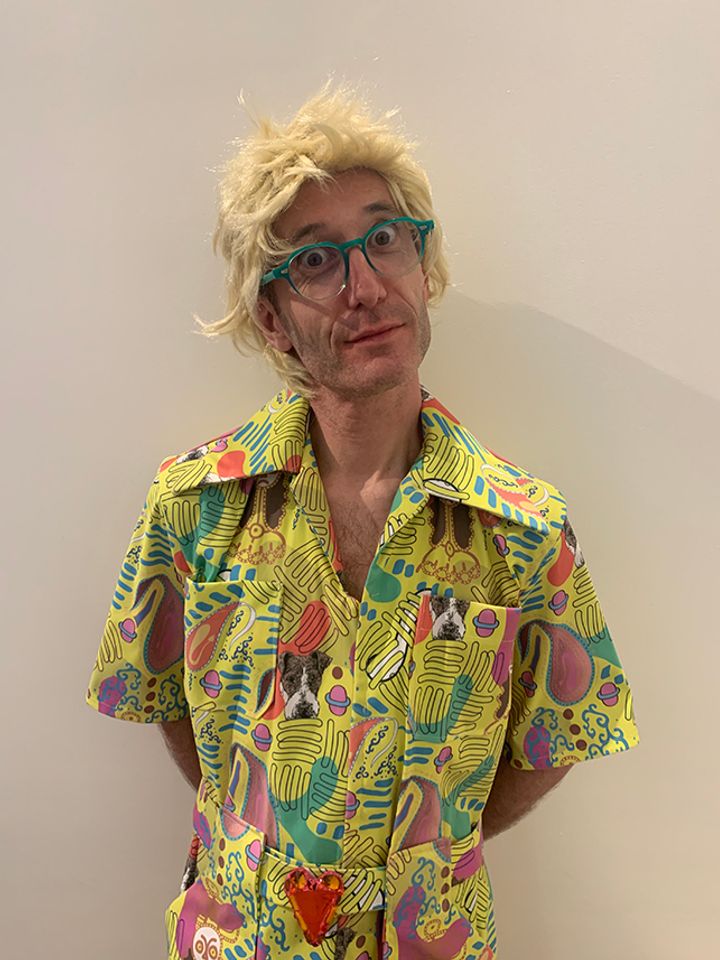 To administer this latest set of lockdown readings, Walter uses the original Alien Sex Club cards (“they are still relevant although my reading of some of the cards have changed”) and dons a tousled blonde wig and garish shirt to assume the alter ego of Alfonso Mango. But this zany garb is not intended to undermine the seriousness with which he approaches each reading—quite the opposite. “If I become the fool then you are empowered. It inverts the normal hierarchy of the smug artist and allows something other to happen,” he states. Each lockdown tarot session lasts for half an hour and is free of charge. “It should be free, it should be about hospitality,” says the ever-gregarious Walter, who has created a special “still-life” environment in the front room of his South London flat from which to receive his Skype visitors. “It is in the spirit of this moment that we need to help each other out.”