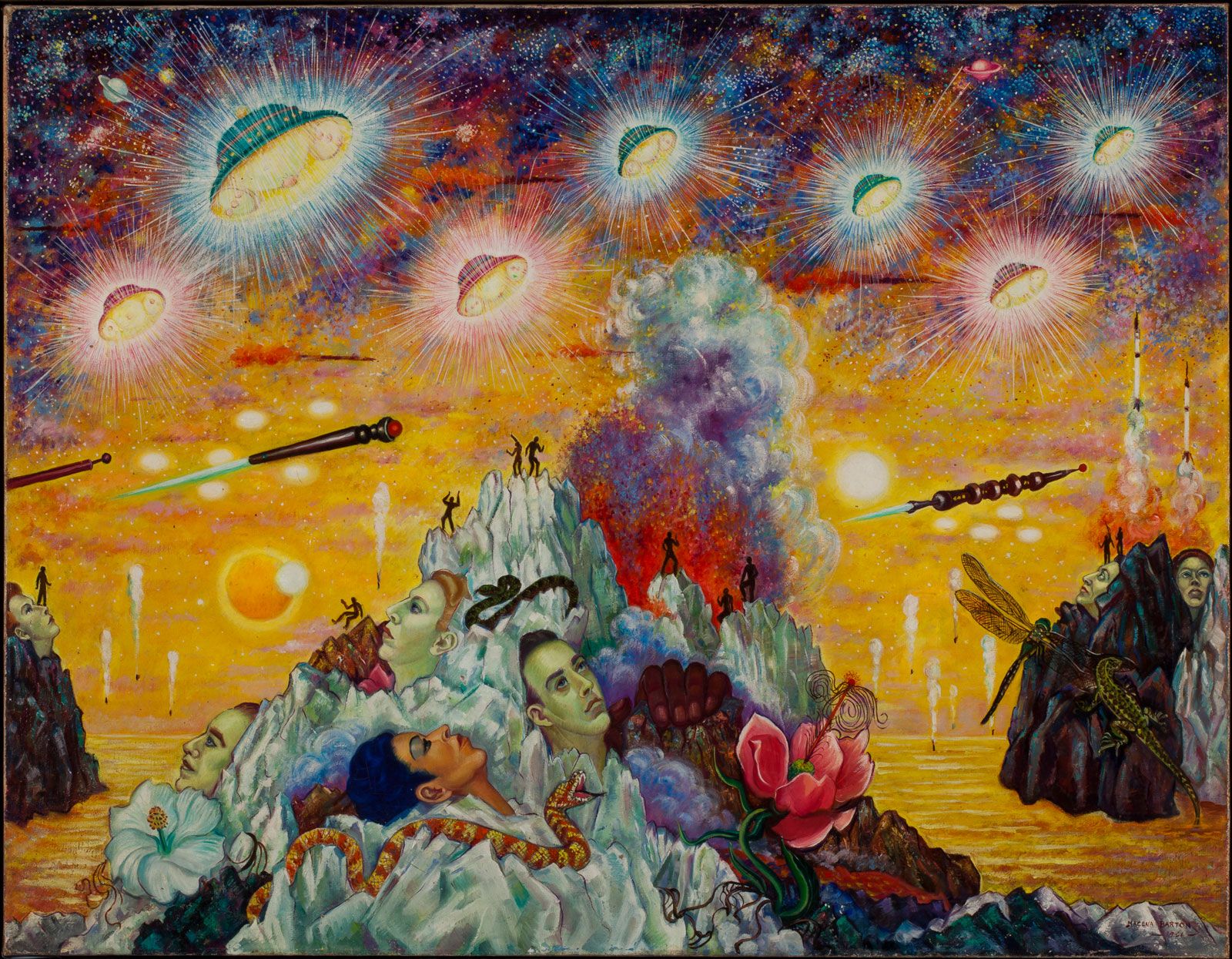 Numerous artists have been inspired by ghosts and the paranormal over the centuries but rarely have these ghostly works been examined in a scholarly fashion. Robert Cozzolino, a curator at the Minneapolis Institute of Art, brings together more than 150 works in an ambitious touring show covering more than two centuries of art linked to the supernatural. “We live in a haunted culture, and artists have always sought answers for why ghosts return, and spirits remain unsettled,” Cozzolino writes in the introduction to the accompanying catalogue, adding: “haunting is embodied through the formation and evolution of the modern United States.” Works featured include the painting When Frustrations Threaten Desire (1990) by Kerry James Marshall, Agnes Pelton’s White Fire (1930), and a series of works by the couple known as Wella P. Anderson and Lizzie (Pet) Anderson who claimed to sketch deceased family members. 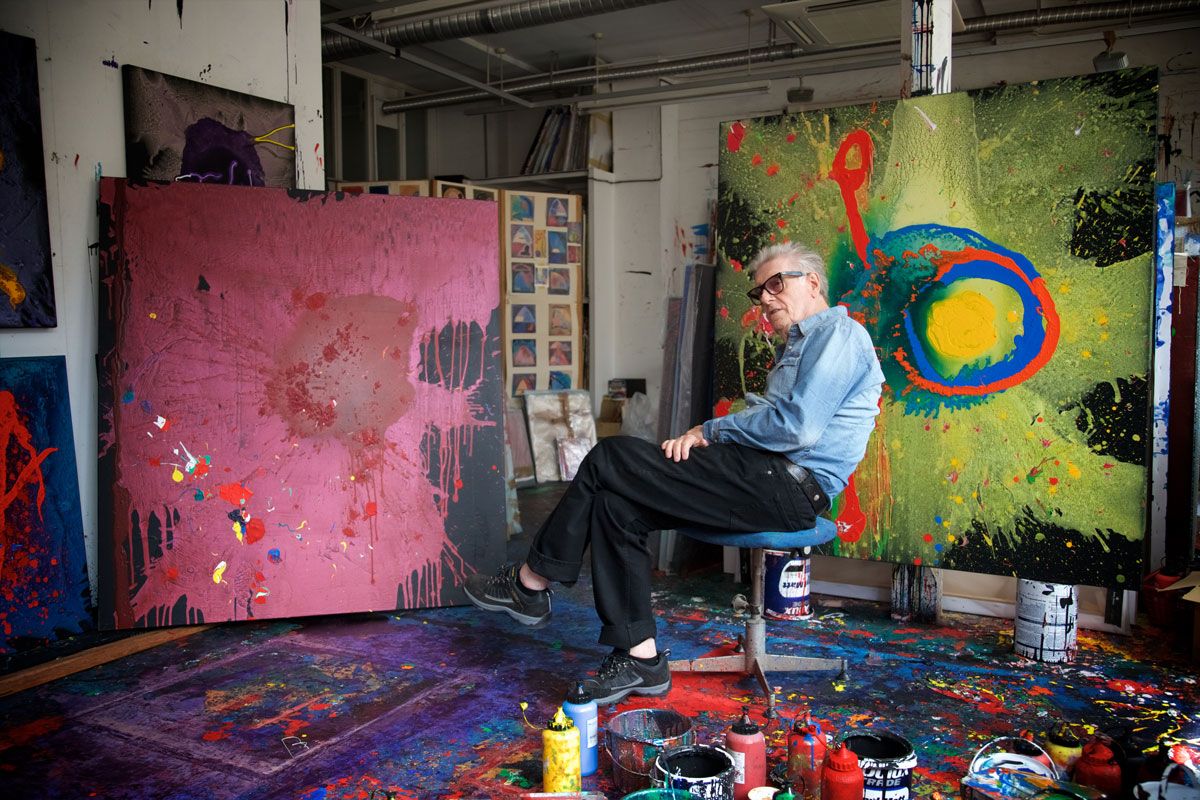 John Hoyland in his studio in July 2010 © Nick Smith

A range of critics and experts interpret the late works of the British artist John Hoyland (1934-2011), including his Mysteries series, from a range of perspectives. The academic Natalie Adamson’s essay focuses on Vincent van Gogh’s influence on Hoyland, who began painting works inspired by the 19th-century Dutch artist in the 1980s, while the writer David Anfam considers Hoyland's visual language within an art historical context, connecting him to John Martin, Jackson Pollock, Dorothea Rockburne and Mark Rothko. The critic Matthew Collings, meanwhile, explores Hoyland’s late paintings within an Expressionist tradition while the art historian Mel Gooding makes connections between Hoyland’s practice and the techniques and themes employed by Henri Matisse and J.M.W. Turner. The book accompanies an exhibition of the same name at Sheffield Museums (until 10 October). 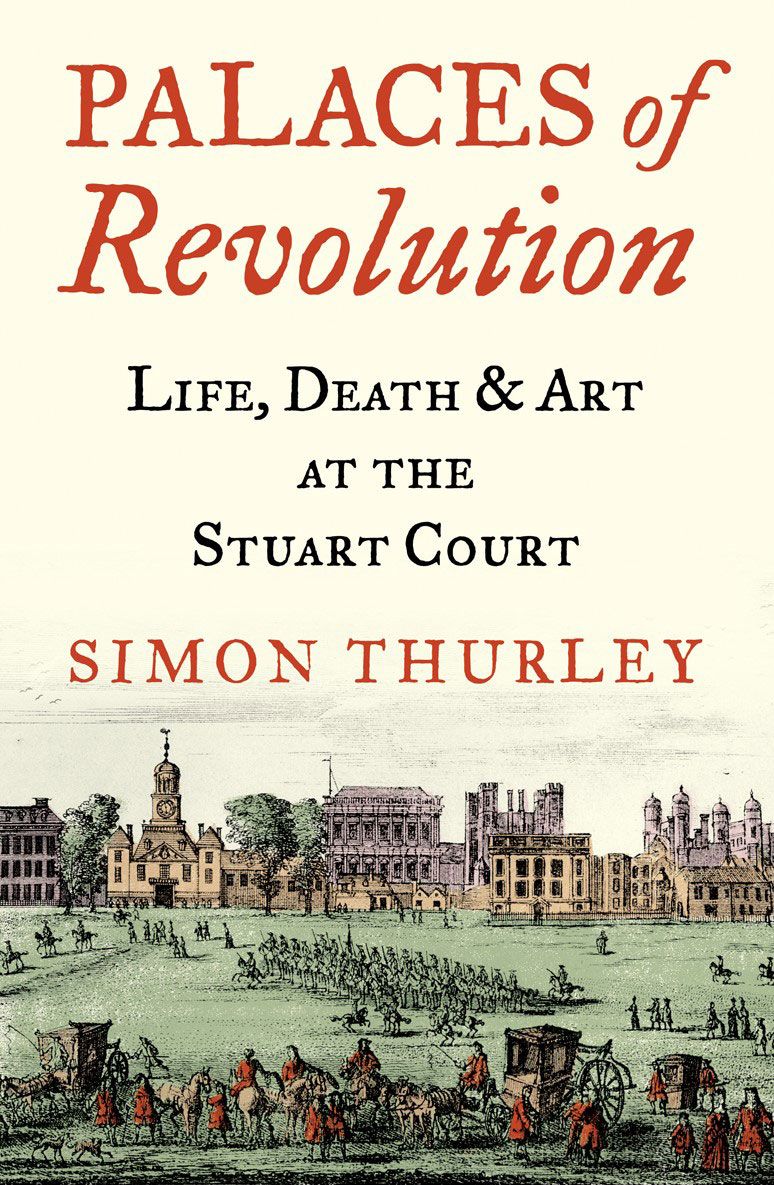 Palaces of Revolution: Life, Death & Art at the Stuart Court

The historian Simon Thurley chronicles the “Stuart monarchy through the places which it inhabited”, says the publisher of this long-awaited history of the dynasty that ruled England and Scotland from 1603 to 1714. The account of this century of revolution, viewed through an architectural prism, is based on 20 years of research by scholar Thurley who was the chief executive of English Heritage for 13 years. The author focuses on the extensive art collections amassed by monarchs such as Charles I and James I. The book is also illustrated with a series of plans and reconstructions that accurately recreate buildings lost to posterity, throwing light on locations such as the Turkish baths in Whitehall where Charles II seduced a stream of lovers.

The gallery located at the campus of New York University Abu Dhabi has become a powerhouse cultural institution in the United Arab Emirates since its launch in 2014, presenting shows by influential artists such as the Syrian-born Diana Al-Hadid, Amar Kanwar of India and the collective Slavs and Tatars. This dual-language English-Arabic publication tells the story of the space through a series of texts. Maya Allison, the gallery’s executive director, asks in her essay for instance: “What kind of exhibitions would resonate meaningfully in this context? Who would our audience be? In a cultural ecosystem so clearly set to grow at a fast pace in the coming decade, where could, and should, we fit?” The book also includes curatorial texts and images from each of the gallery exhibitions, essays by curators such as Sam Bardaouil, and interviews with artists and members of the Emirati art scene.

The best clue about this book’s content can be found in the subtitle: “A Spectacular Compendium of Ideas, Interactive Games, Provocations, Tests and Tricks That Explore The World of What You Feel and Why”. Edgar Gerrard Hughes examines how we behave and react as humans, aided by images from a number of artists such as David Shrigley, James McNeill Whistler and Pieter Bruegel the Elder. In a section entitled “The Landscape Test”, readers can choose a landscape that matches their state of mind (the selection includes Van Gogh’s Starry Night, 1889, and Eric Ravilious’s The Causeway, Wiltshire Downs, 1937). An analysis of 56 bizarre self-portrait sculptures by the 18th-century Austrian artist Franz Xaver Messerschmidt stands out. “Plagued by tormenting thoughts and feelings, he believed that he could exorcise his demons by casting their physiological manifestations in metal and stone,” Hughes writes. Jeremy Deller, from a series of posters 1994-96 Redstone Press 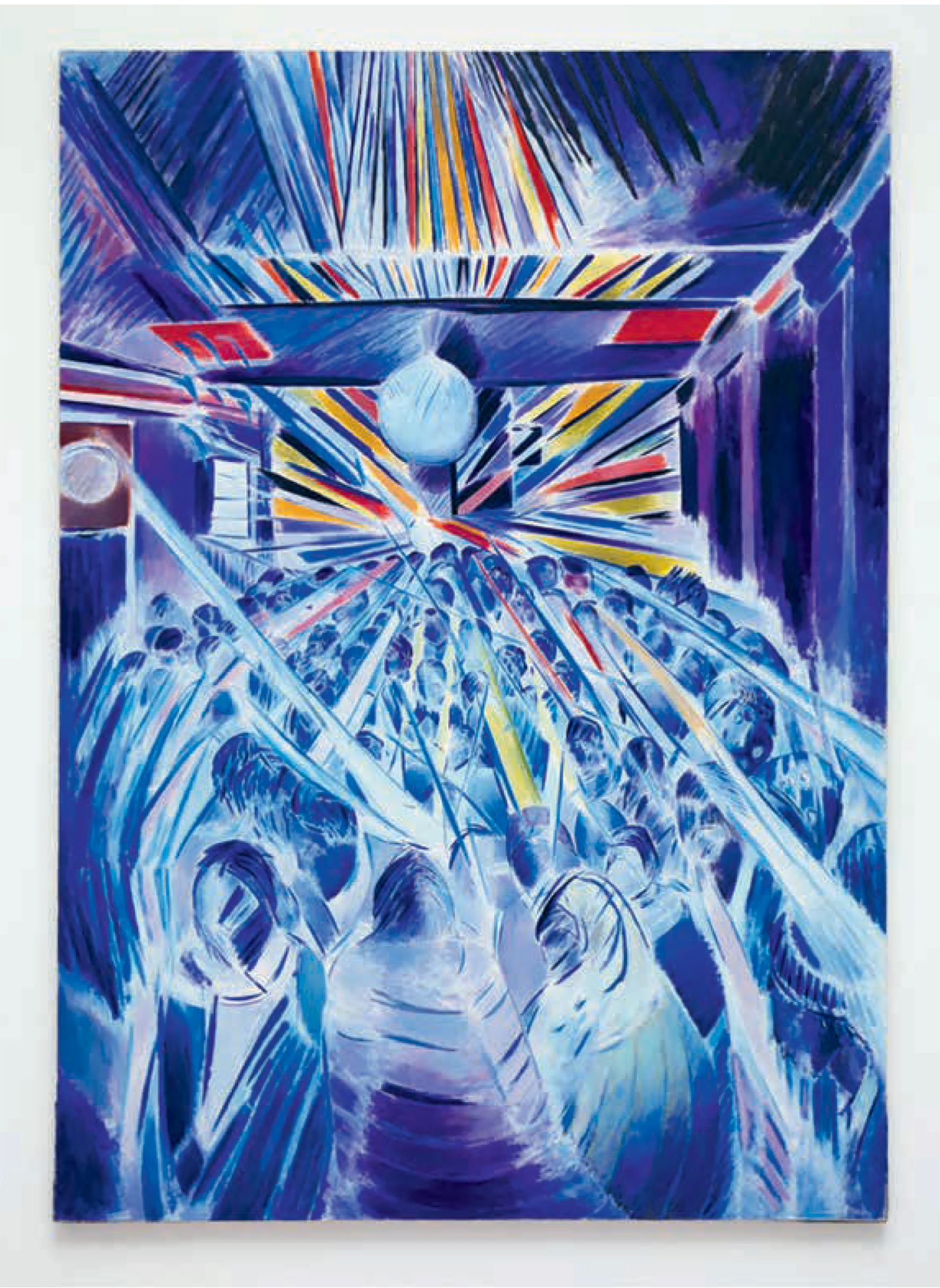