It can be tricky choosing the surprise headline act for the Serpentine’s annual Summer bash. Anticipation is always high and timing—as in matching the performer to the age span of audience—is crucial. Pick the flavour of the moment and there’s the risk of blank faces from the more mature contingent, as in the year there was minimal enthusiasm for the fresh-faced indie rocker Jake Bugg. Yet, choosing a vintage act is also not without its hazards: veteran New Romantics Spandau Ballet may have whipped up dance floor action from male baby boomers at the 2015 shindig, but their youthful girlfriends looked on in stony silence.

However, all ends of the age spectrum were more than satisfied with last night’s choice of the legendary Nile Rodgers who, as well as defining disco since the late 70s as the co-founder of the band Chic, has also worked with absolutely everyone from Diana Ross, David Bowie and Sister Sledge to Daft Punk, Sam Smith and Laura Mvula. The king of disco, along with his Chic compadre Jerry Barnes, got the well-heeled crowd bopping out to his disco classics—Bianca Jagger and Francesca Von Habsburg could even be spotted vigorously snapping selfies to a backdrop of Nile belting out We Are Family.

With the event sponsored by Chanel, chic was the overall catchword of the evening which was presided over by the Serpentine Gallery’s Chanel-clad Hans Ulrich Obrist and Yana Peel, along with the British Vogue editor Edward Enninful and a multitude of fashionistas, including Adwoa Aboah, Alexa Chung, Yasmin Le Bon, Lara Stone and Erdem. Keeping the art flag flying were the two current artists in residence at the Serpentine, Christo and Tomma Abts, along with Rebecca Warren, Yinka Shonibare, Rose Wylie and Daniel Sinsel. An honourable mention is also due to the Channel Four news presenter Jon Snow for his energetic disco-dad shape throwing throughout Rodger’s long set. 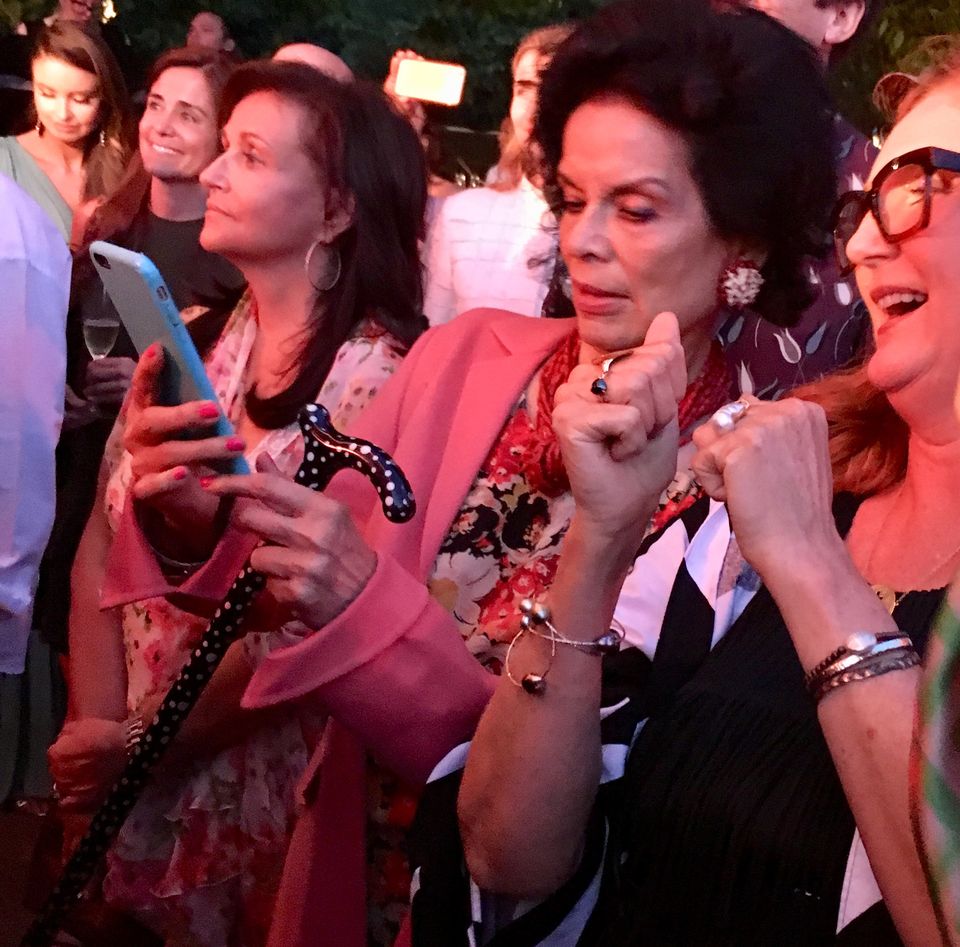 But the prize for last night’s least welcome guest undoubtedly goes to the former prime minister David Cameron, who was making a rare public appearance after his resignation two years ago in the wake of the Brexit crisis. Prudently avoiding the dance floor, he spent most of the evening in the shadow of a tree, where he still attracted disapproving mutters and was studiously avoided by pretty much everyone who spotted him—most notably his erstwhile old Etonian pal and former chancellor of the exchequer George Osborne, who now edits the London Evening Standard and is a keen and vociferous Remainer. Le freak, c’est chic, indeed.