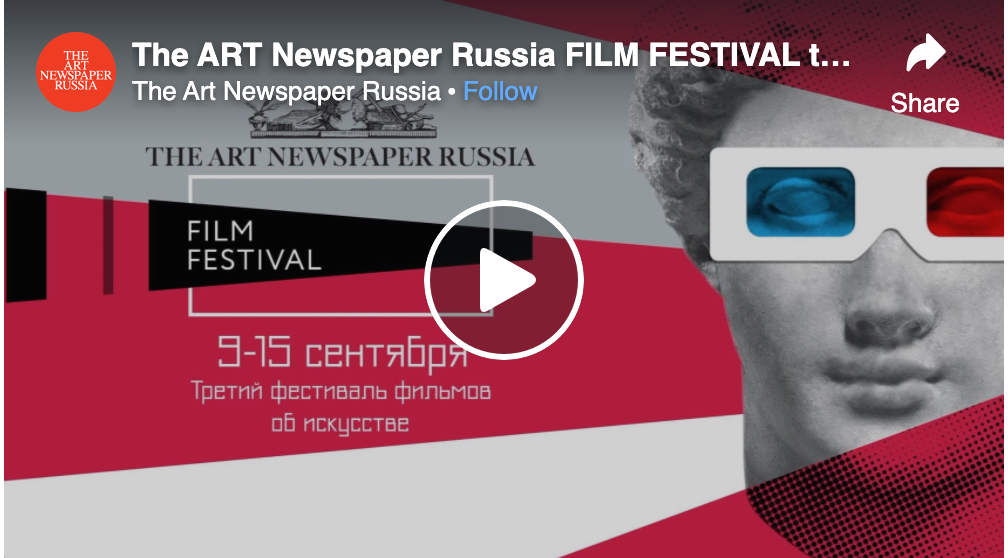 The Art Newspaper Russia’s Film Festival takes place across Moscow this month (7-13 September) and will feature new films on the lives and careers of Tintoretto, Marcel Duchamp and László Moholy-Nagy as well as a documentary on four little-known female architects.

The legacy of one of the 20th century’s most influential artists is explored in Marcel Duchamp: The Art of the Possible (2019), which includes cameos from Jeff Koons and Marina Abramović. Released to coincide with the centenary year of the original Bauhaus art school in Weimar, The New Bauhaus: The Life and Legacy of László Moholy-Nagy (2019) traces one of its most prominent students, the Hungarian photographer Moholy-Nagy, and how he transplanted the school’s ideals to Chicago, forming what is today the IIT Institute of Design. Tintoretto and the New Venice (2020) tells the story of how the Venetian Mannerist created his distinctive style in the wake of the city’s masters and City Dreamers (2018) reveals the untold stories of four female architects—Denise Scott Brown, Cornelia Oberlander, Phyllis Lambert and Blanche Lemco van Ginkel—who shaped the cities of North America.

The films will be screened at the Garage Museum of Contemporary Art, the State Tretyakov Gallery, the Documentary Film Center, the Pioner Cinema and the Multimedia Art Museum, Moscow. For more details, see tanrff.ru