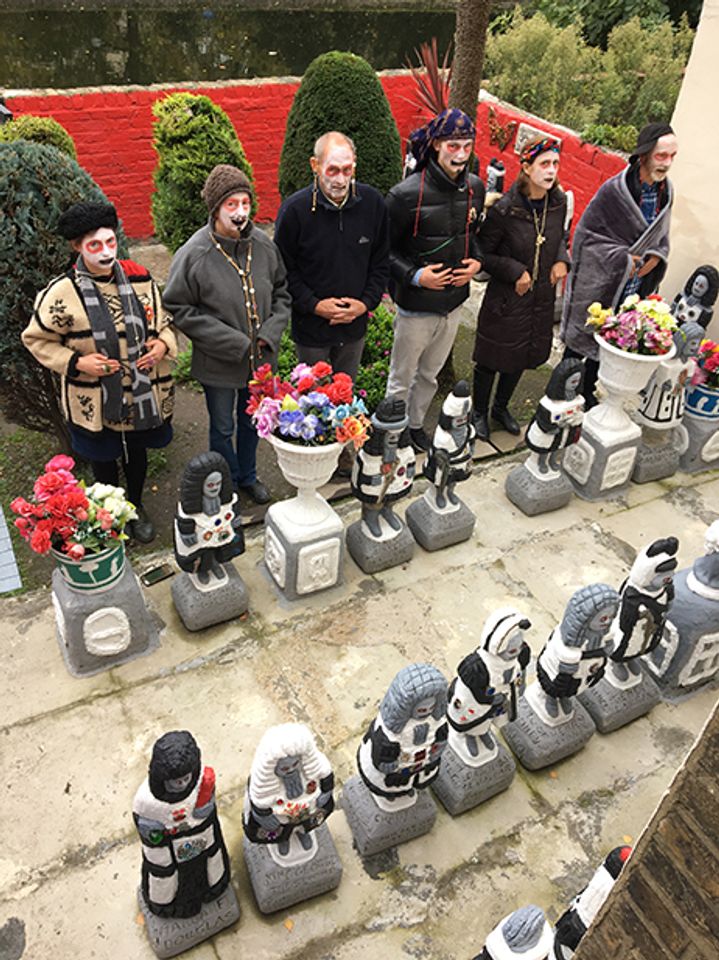 The fight to save Gerry’s Pompeii, the extraordinary artistic environment created in and around a west London flat by the late Gerry Dalton continues. Now matters have escalated this week with local residents occupying the property in order to preserve what the Serpentine Galleries' director Hans Urich Obrist has described as “an extraordinary gesamtkunstwerk—a total work of art”.

Triggering this recent action was the refusal of the housing association Notting Hill Genesis (NHG) to postpone their decision to repossess the flat and empty it of its contents. This is all despite a letter signed by over 40 prominent cultural figures including the directors of the V&A and the National Portrait Gallery, along with the artist Jeremy Deller and the musicians Jarvis Cocker and Paloma Faith, imploring a three month extension of the deadline to 31 January.

In a statement issued on 7 November, a spokesperson for NHG declared, “Gerry’s death was very sad, but his memory lives on in the inspiring and extraordinary artwork he has left for his family and friends… Gerry’s former home is in an area of huge housing demand and we must enable others to enjoy the safety and security of social housing… we now need to find the best way to ensure that we can offer the home to a new tenant and that Gerry’s collection is looked after somewhere else.”

According to campaigners a number of solutions have been proposed that would safeguard this most site-specific of art installations without compromising NHG’s social housing obligations. But these proposals, along with representations from many of the UK’s major public art and heritage institutions including the National Trust, have fallen on deaf ears.

“The campaign group is disappointed that NHG has not come to the table to discuss the various solutions that would mean there is no shortfall in social housing provision while Gerry’s legacy is given the dignified consideration it deserves,” says the campaign's representative Sacha Galitzine. She adds: “NHG has also failed to give any assurances as to how it plans to deal with what it characterises as Gerry’s “collection”, when it is now clear that it is a site-specific artwork of huge public interest and cultural significance requiring specialist care. The lack of any dialogue is causing the local community great concern.”

It is this very concern that has led to a group of neighbours, many of whom are pensioners, to take matters into their own hands. A notice on the apartment door announces: “This property is occupied as a community landmark of international artistic significance. Nobody is living in this property.” The intrepid band of grassroots supporters are keen to stress that they have no intention of living in the building, stating that “the property will be permanently occupied on a rota, with people being replaced at least every 12 hours. We are doing this in order to protect the artworks, all of which are site-specific.” Let’s hope that NHG see sense and start talking. Watch this space.

about 1 hour ago
'It's like a marriage': Alvaro Barrington and Sadie Coles get frank about artist-dealer relationships