As protests across the globe erupted against the presidential inauguration of Donald Trump and the general climate of repression, restriction, prejudice and woe, the London art world was in the thick of it all. First off, early on the morning of Inauguration Day (20 January), the artist Conrad Shawcross made his contribution to the Build Bridges Not Walls campaign by unfurling a giant banner declaring “migration is as old as language” along Westminster Bridge in the shadow of the Houses of Parliament. This later went on show for the rest of the day and over the weekend in the foyer of the Institute of Contemporary Arts. 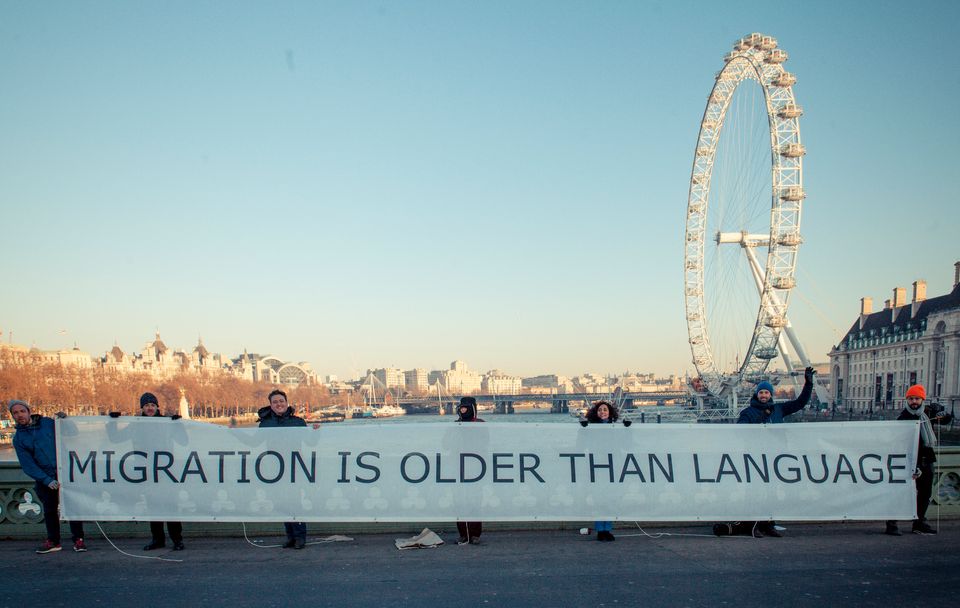 Then it was the turn of the artist Bob and Roberta Smith, who chose Friday evening to kick off his UK-wide campaign against the threat to the future of Britain’s public galleries with a performance by his Apathy Band. This came against the backdrop of 100 hand-customised Apathy Band LP covers, each emblazoned with the slogan: “There Is Still Art, There is Still Hope”. The exhibition and gig at Handel Street Projects was enthusiastically received by an audience of artists and art luminaries including Cornelia Parker, Richard Wentworth, Nicholas Serota and David Batchelor. There were special cheers when the band—led by the artist Jessica Voorsanger—flagged up many of the day’s preoccupations by declaring themselves to be “from Ghana, Jamaica via Hackney via Ireland via Austro-Hungary, via New York, via Italy, via Taiwan via London” with the statement that: “Art builds. Art questions. Art transcends borders. Art works”. 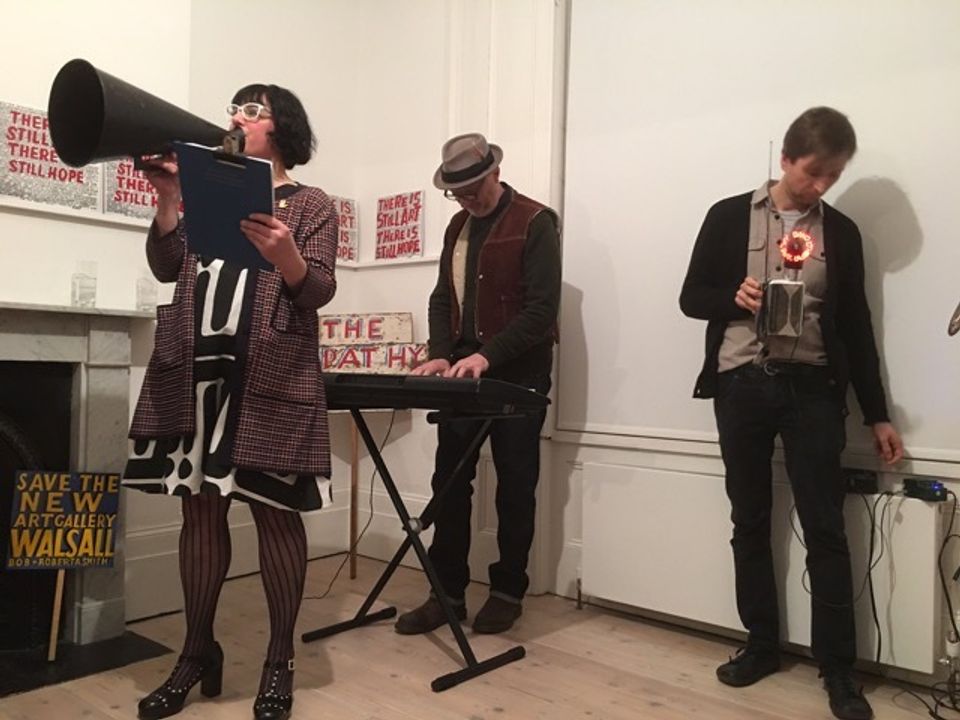 Proceeds from the three-day show of LP covers will help support Apathy Band’s year-long UK tour, which aims to restore some “political love” to our beleaguered cultural institutions.

Saturday’s Women’s March also found the art world out in force. But such was the density of the 100,000-strong crowd that it was only when many of us got home and saw each other’s Instagram photographs that we realised we had often been standing almost next to each other. (Although the Buck-posse did manage to get in a good stint of chanting alongside the Whitechapel Gallery director Iwona Blazwick.)

So, for the time being at least, we can hold on to Bob and Rob’s conviction that “there is still art, there is still hope”. Or in the words of one of my favourite slogans from Saturday: “we shall overcomb”.