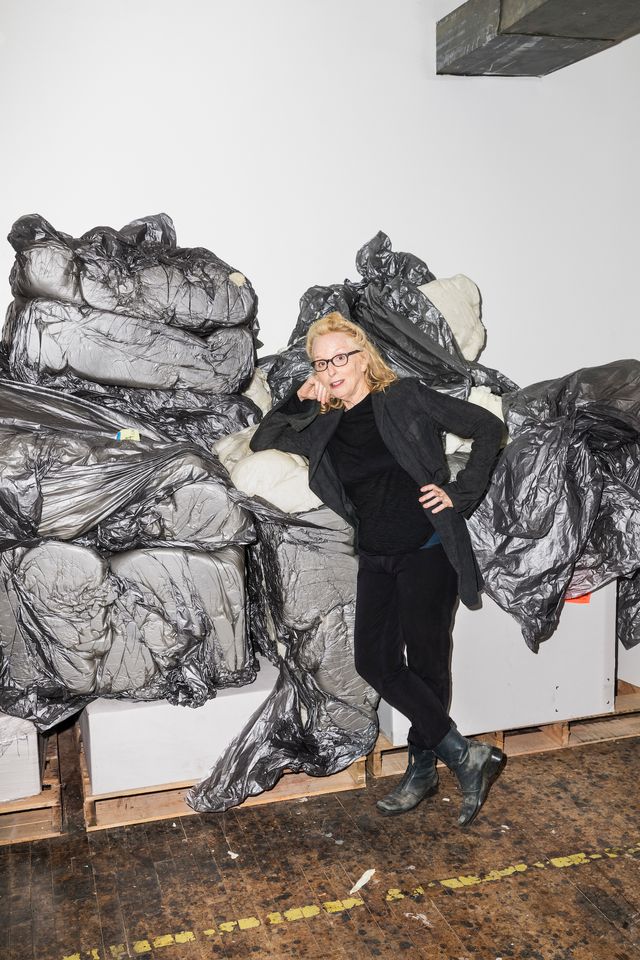 The New York-based artist Arlene Shechet is one of the alumni artists participating in the Madison Square Park Conservancy's digital initiative #MadSqArtFromHome Photo: Jeremy Liebman and courtesy of the artists and Pace Gallery

Artists who have previously created projects for the Madison Square Park Conservancy will participate in the organisation’s digital initiative #MadSqArtFromHome, in which alumni artists will reflect on this unprecedented period in the world via short videos posted on Instagram each week. The New York-based non-profit arts organisation, which typically commissions bi-annual projects for the bustling Flatiron District park—launched the project on 30 March with the Austrian artist Erwin Redl, who installed a blizzard of incandescent lights in Madison Square Park’s central lawn in his 2017 commission Whiteout. In his video for the initiative, Redl is shown walking through a large, empty swamp near his studio in Ohio, where the artist says it is nearly impossible to "get cabin fever". The digital project will take various forms as it works to bring the outside in.

The initiative is scheduled until 25 May—by which time perhaps the park will be open again—and feature a line-up of work by artists such as Jaume Plensa, Bill Fontana, Ivan Navarro, Leonardo Drew and others who have been commissioned by the conservancy. Last week, the American sculptor Arlene Shechet—who created the 2018 installation Full Steam Ahead around the circular reflecting pool of the park—offered a guided meditation from her studio in upstate New York, and this week the sculptor Josiah McElheny—who created the visually captivating installation Prismatic Park in 2017—speaks about discovering a 1970 vinyl of Joe McPhee's Cosmic Love and the influence it had on this work. These artists "have all worked outdoors in the expanse of a public park and their responses now reflect the interior and isolated nature of our new reality", the organisation says.