Making up with Paul Kindersley (and his mum): drag show opens at London's Hayward Gallery 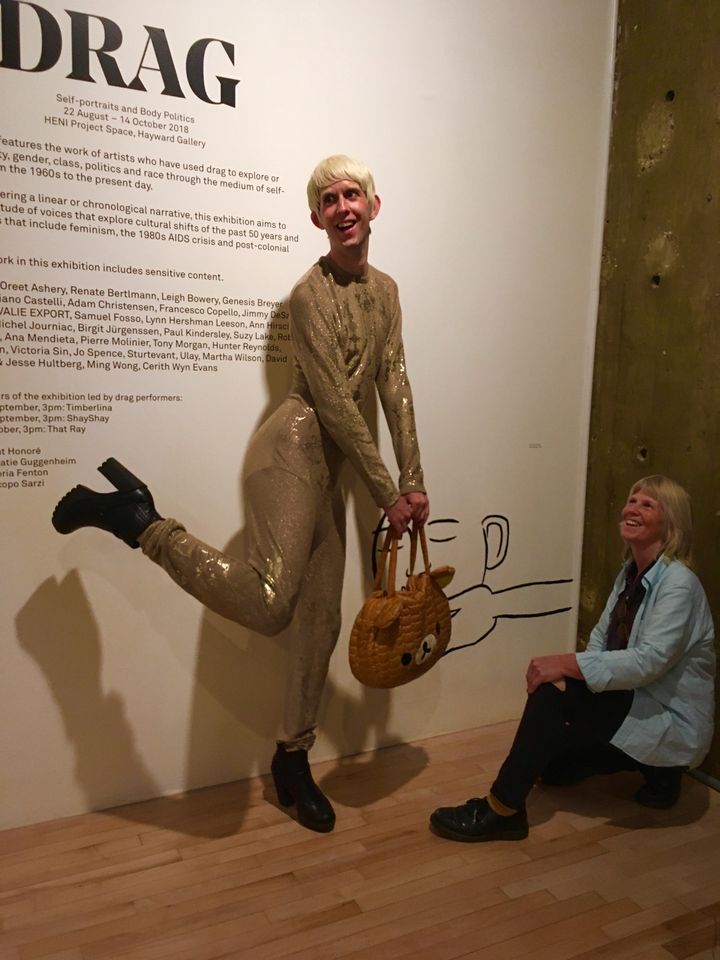 The artist Paul Kindersley with his mum Lida © Louisa Buck

There was a stunning parade of transformative gender fluid loveliness at last night’s opening of DRAG: Self Portraits and Body Politics (Heni Project Space; until 14 October), the debut show of the Hayward Gallery’s new senior curator Vincent Honoré. And no-one was more gorgeous than the young British artist Paul Kindersley, whose bold vivacious wall paintings are responsible for brilliantly knitting-together the multifarious international array of exhibits. The works of art on show range from images of a bearded Ana Mendieta, a spider-lashed Rose English and the spookily masked Pierre Molinier, to the "identity transfer" photographs of Valie Export, Cindy Sherman’s alter-egos and a white-faced Ulay.

Resplendent in a blonde wig and gold lame jumpsuit and brandishing a teddy bear handbag, Kindersley was accompanied by his proud mum, the eminent letter cutter Lida Lopes Cardozo Kindersley, whose workshop in Cambridge has a worldwide reputation for good lettering, whether in stone, glass, metal, paper or wood. 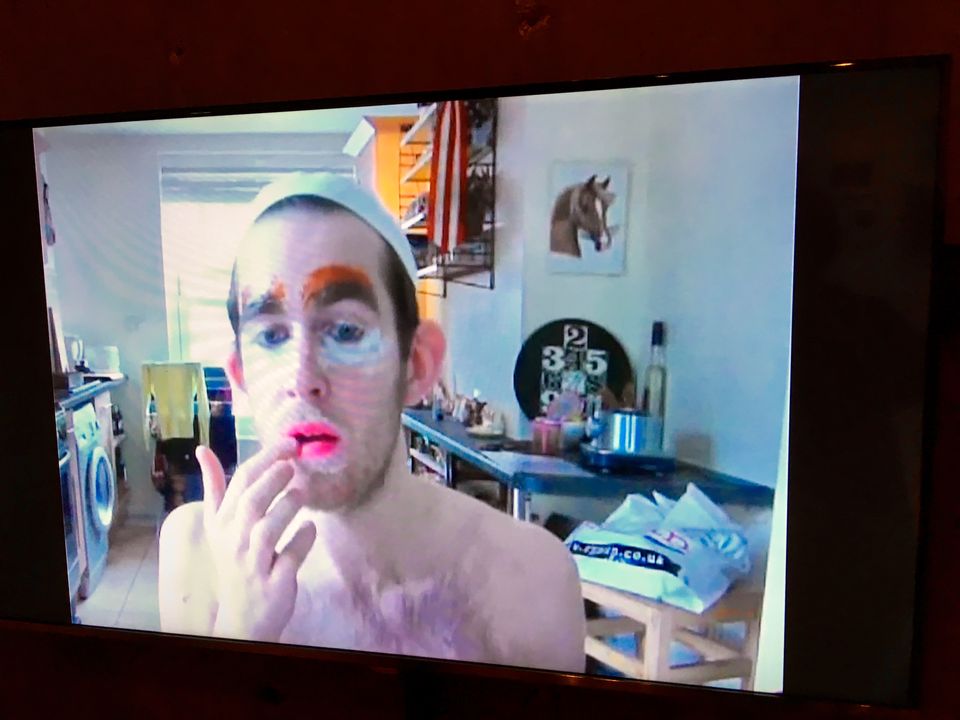 As the duo stood in front of Kindersley junior’s other exhibit—a monitor displaying a series of films devoted to the artist’s very particular make-up tips—his fresh-faced mother confided that her own lifelong eschewal of maquillage had proved highly problematic for her own father, who had determinedly (but to no avail) plied her with large quantities of expensive cosmetics throughout her youth. However, it was agreed that with his exuberant devotion to facial adornment his grandson had more than (ahem) made up for it. But whether his maternal grandfather would have approved of some of Paul’s more unorthodox ingredients—fresh (virgin) sperm foundation and marmite eyebrow enhancer anyone?—is anyone’s guess.