The artist enjoys “being cheeky with art history” 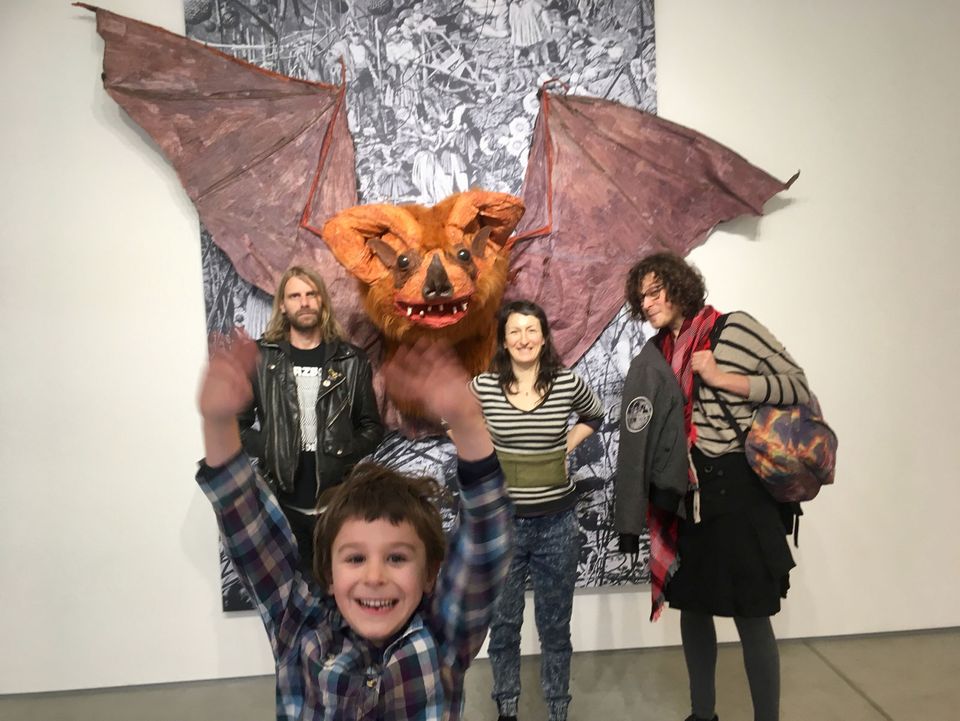 Marvin Gaye Chetwynd was mixing things up at Sadie Coles gallery in London yesterday with the unveiling of ten new “paintings”. These elaborate and characteristically exuberant constructions stretch the possibilities of the medium to the max, blending painting, sculpture and performance with giant monstrous creatures that loom and dangle from photocopied surfaces. In one, a huge fake-fur and papier-maché bat bares its teeth and spreads its wings against the backdrop of a photocopied painting by Richard Dadd; in another, a massive stuffed bug is attached to a blown-up image of the Villa of Livia frescoes in Rome.

“I’m interested to see what I can get away with,” Chetwynd said in a conversation before the show’s private view with the artist Brian Moran, her long-time friend and early collaborator, and the artist-researcher Claire Le Couteur. She enjoys “being cheeky with art history”, she said.

For Chetwynd, who adopted the Marvin Gaye moniker in tribute to the late US musician’s “total free spirit”, every aspect of the show is devoted to fluid possibility. From the grotesquely carnival-esque bestiaries that spill from the walls to the exhibition’s title, which uses the gender-neutral pronouns Ze & Per, boundaries are there to be challenged. Not only does she regard these new works as being like “a selection from different performances—as if you made lots of dinners and put them in the freezer”, but there’s also the possibility of them having their own performative life.

In a riposte to Chetwynd’s paintings having been dismissed as props when she was studying at London’s Royal College of Art, and inspired by the backdrop to her performance at last year’s Art Basel fair, which was almost a protagonist in its own right, many of the elements in these new paintings can be removed and potentially unleashed in the real world.

“I want them to transport people into altered states when they look at them, and even [for people] to use them for performances,” she says. Quite how this will pan out with future buyers remains to be seen; perhaps they will have to agree to lend part of their works or even become live participants in future extravaganzas. With an artist who declares: “I have this annoying thing called bravado,” anything is possible.