Making a hash of it: paintings created using marijuana go on show in London 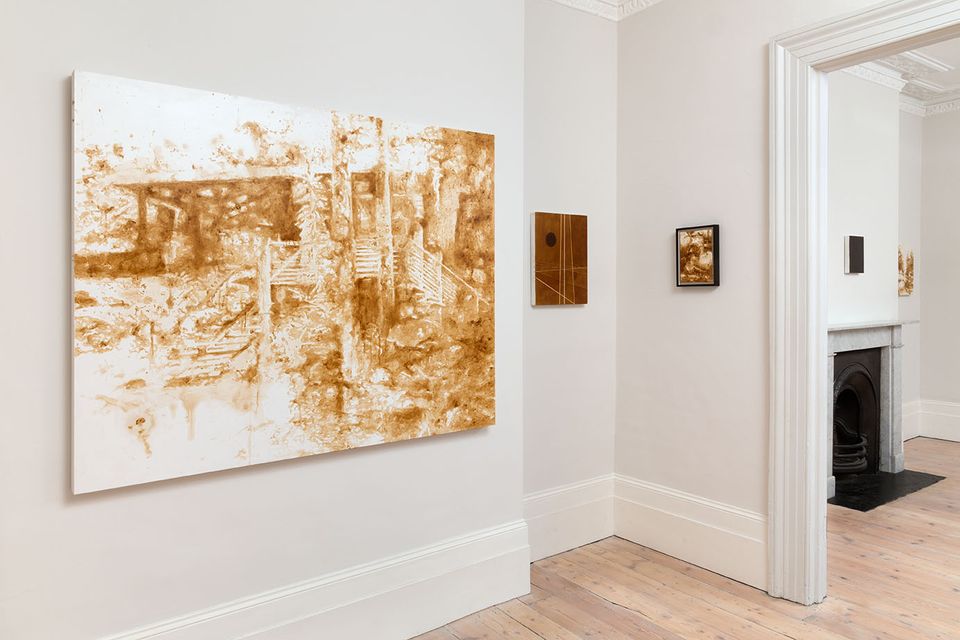 These days, it’s a risky business being a contemporary art dealer. And it's a whole lot riskier when the artworks you are selling are made from an illegal substance. As their name suggests, Graham Gussin’s Mary Jane Paintings currently on show at Handel Street Projects are all made from marijuana. “The marijuana resin is bought from various places, ground down, mixed with linseed oil and used on linen paper... I like the idea that this material is a ‘street’ material, we often sense its traces in the city, but also that it is forbidden, taboo, hidden,” says Gussin, adding that making art from hash is “a simple process, but a slow one”.

The works in question vary in size: there is a small monochrome brown panel with the title Monster (2010) (which is apparently built up from so many layers of cannabis that it cost infinitely more to make than to sell). But there are also larger canvasses, more than a metre across, that are more sparing in their use of ganja, such as the abstract striped This is Your Captain Speaking (2018) or Retreat (2016), which depicts a cabin set in woods.

Some take the form of Constructivist compositions, others fluid organic Beuysian watercolours. But they all share the same shades of faecal brown and even if you don't know the medium (and Gussin has varnished them all to obliterate any smell) the overall effect of this array of similarly-hued works is queasily disconcerting. They may present a convincing range of art historical painterly styles but they still don't look quite like any other paintings.

Gussin, whose works are in the Tate collection and who has shown in numerous biennials and prestigious exhibitions worldwide, has spent more than three decades exploring notions of vision, memory and inner and outer space. This has taken myriad forms, whether films, photographs, paintings or text works. Sculptural interventions range from an illumination rig spotlighting specific pieces of land and seascape from Britain’s south coast, to a studio partially filled with dry ice and 199 black glass marbles rolling at random in a space. Gussin has been working with hashish for the last ten years and it chimes with his interest in “this idea of art taking you somewhere... and how this collided with the notion of a "high".

However, Handel Street Projects's director Fedja Klikovac is swift to emphasise that—for anyone wishing to buy these works in order to achieve a physical rather than a spiritual high—the cost and effort to reprocess them back to any consumable form would be too great to make it a worthwhile exercise. This cannabis is being sold exclusively for artistic consumption—and the high from that is an infinitely more lasting one.