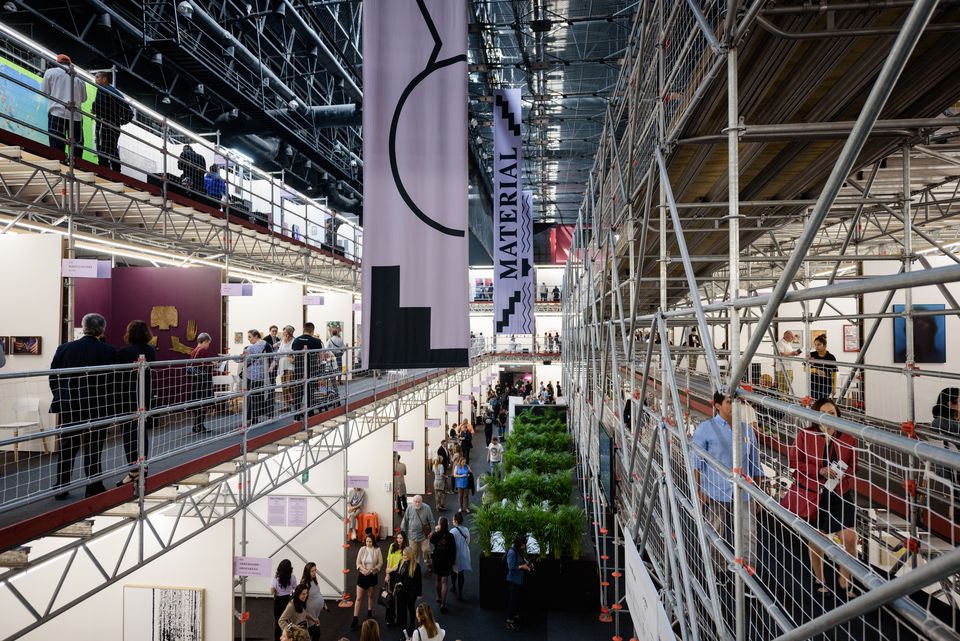 What Liste is to Art Basel, Material is to Zona Maco. Or it could be. The two fairs in Mexico City are not as compatible as their Swiss counterparts – or even as Liste and Material actually are. (Last week, Liste invited Material to take over its Instagram feed.)

Material, which just wrapped its sixth and visibly most successful edition, is lucky to reside at Frontón México. The terracotta-hued, Deco building on the Plaza of the Republic, near the city center, was once a jai-alai arena. Vacant for 25 years, it’s now an event venue that Material’s three dealer co-owners — Brett Schultz, Isa Natalia Castilla and Rodrigo Feliz — transformed into an affordable hothouse for 73 young galleries from 22 countries

The fair’s nearly 20,000, tequila-swilling visitors ascended to gradually smaller, lower cost booths arrayed along a cleverly designed, three-level system of steel scaffolding that resembled the tiers of a prison (but without doors on the “cells”). Many fairgoers echoed the American collector Iris Marden, when she said, “I love it here!”

With its exclusively made-yesterday artworks, Material had great focus, as well as a fresh, festive atmosphere and artworks priced well under $20,000. Its publications section was more like an art book fair, though one as theatrically lit as a nightclub. 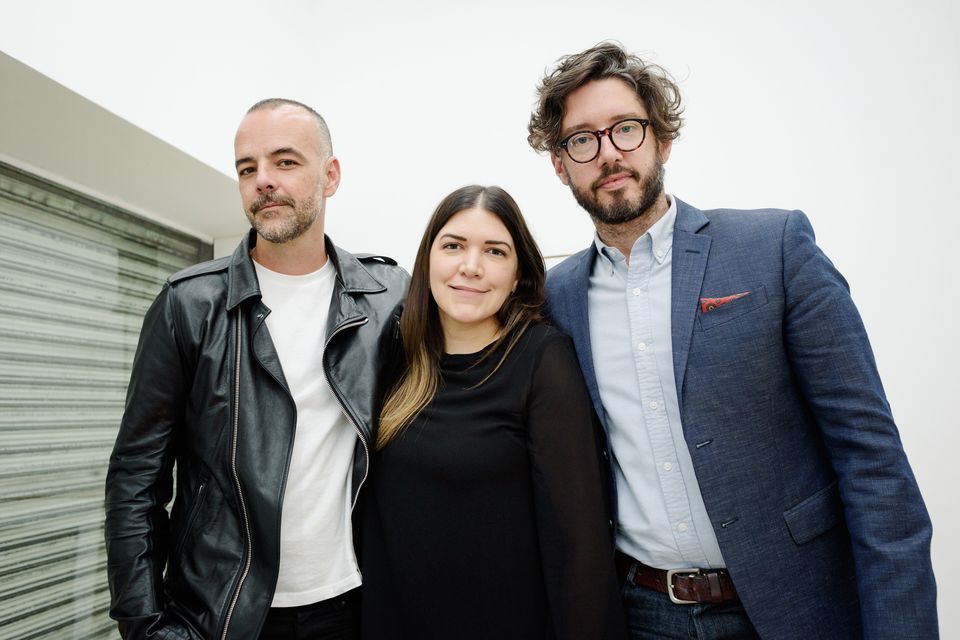 Immaterial, the fair’s three-year-old performance programme (curated by Michelangelo Miccolis), enlivened the aisles throughout each day with ball-throwing, lectures, and a parade of sashaying, elaborately costumed and coiffed male, female and trans models. “This is better than Fashion Week in New York,” remarked the art advisor Sylvia Chivaratanond, on hand to support George Douy and Jesse Pollock, two young, British-born artists who inaugurated La Escuela, a residency she’s established in Mérida. (On Material's opening day, the two attracted considerable interest at the stand of London’s Hannah Berry.)

“There’s too much painting!” moaned the fussy Belgian collector, Alain Servais, over a scrumptious VIP lunch at Terraza Cha Cha Chá, which offers bird’s-eye views of the Monument to the Revolution, Mexico City’s answer to the Arc de Triomphe in Paris.

There was indeed a great deal of painting, but in a cash-and-carry fair like this, it goes with the territory. I happen to like painting, and saw accomplished representations of the medium at several stands, like the portraits by the French-Danish artist Apolonia Sokol at Istanbul’s The Pill, where I was appalled to learn that the dealer Suela Cennet, who carries a French passport, was denied entrance to Trump’s America.

At Stockholm’s Andréhn-Schiptjenko, Santiago Mostyn mounted photographs of stop-and-frisk arrests by New York City police on wallpaper printed with Civil Rights Era images. Puerto Rico’s Embajada displays a deceptively simple, tabletop sculpture of wired-together skateboard wheels by Chemi Rosada-Seijo and new anti-colonial text paintings by the American artist Peter Fend. And the Colombian dealer Beatriz Lopez’s Instituto de Visión drew serious attention to her solo presentation of readymade (and handmade) artefacts by the Mexican-born, Swiss conceptualist Ana Roldán, who also showed Bestiario, a portfolio of appropriated texts that created a social and historical narrative of the mind as personal as it was philosophical and political.

But the most contentious and funniest stand was Schultz’s, where text paintings on unprimed canvas by one Hideki Yukawa (the John Dogg of Mexico, Jonathan Hernandez) incorporated familiar brand logos with the names of prominent purveyors of art like Gagosian (Google), Marian Goodman (Monsanto), Kurimanzutto (MacDonald’s and Kellogg’s), David Zwirner (Disney) and Perrotin (Lacoste). Some artists in attendance called it "boring", "obvious", and "warmed over Hans Haacke". Yet the booth, and the art world hierarchy that the paintings illustrated, was among the most popular, if you don't count the wearable logo art from fair newcomer Ladrón.

And plenty of dealers brought sculpture. Sultana, from Paris, showed a wall-bound accumulation of stuffed, hand-dyed jeans by the dependably affecting Pia Camil. And the well-established Labor had a booth full of objects by several artists. “I did this fair two years ago and sold nada,” said dealer Pamela Echeverria. “This time, we’re selling out.”

She wasn’t the only one reporting heavy action. José García changed his whole booth after hammered copper sculptures by Marie Lund and inked abstractions by Mario Garcia sold out on day one.

It was heart-warming to see Material give low-cost space to small, starter galleries that other fairs would snub. “I think we put together a great package,” Schultz said of the fair at its close, “good sales and great energy.”

If Material can insist on higher quality all around, collectors and institutions will return again and again, and not just for fun.