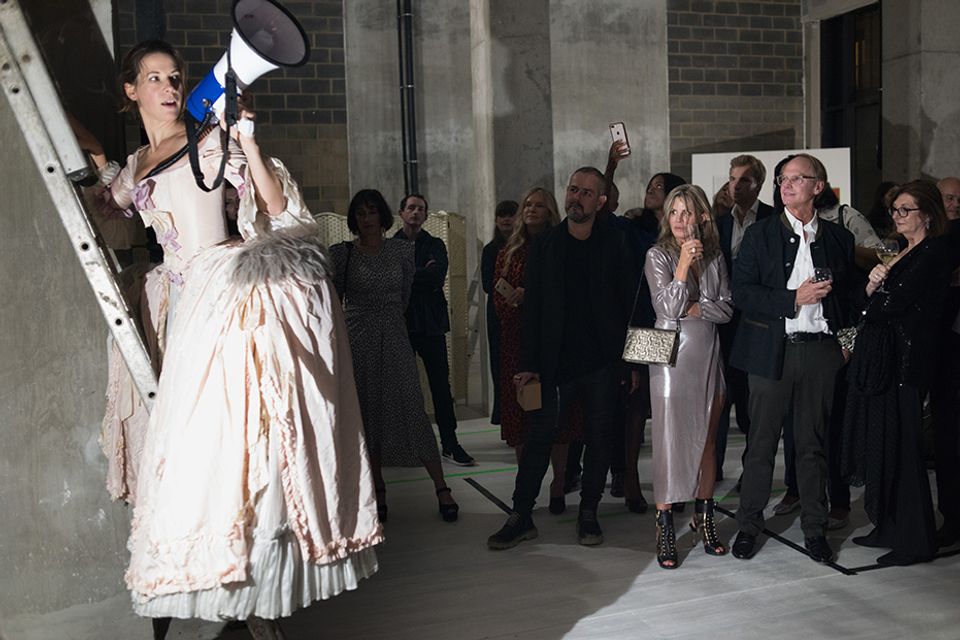 All hail Matt's Gallery! Last night London’s most enduringly experimental non-profit celebrated both its 40th birthday with a characteristically unorthodox fundraising dinner. Having also just moved south of the river, the event, organised by the Matt's Gallery trustee Marcelle Joseph, took place in the shell of its new Nine Elms space. For the past four decades this crucible of creativity, founded and led by the inimitable and often wonderfully irascible Robin Klassnik, has enabled an awesome roster of artists to realise projects that would have flummoxed fainter organisations. Among these are 20:50 (1987), Richard Wilson’s epic room of sump oil snapped up by Charles Saatchi, Mike Nelson’s labyrinthine The Coral Reef (2000) and the late Susan Hiller’s 1990 An Entertainment, which are now both in the Tate's collection. Other more recent Matt’s luminaries include Nathaniel Mellors and Benedict Drew, the 2016 Max Mara prizewinner Emma Hart, and Marianna Simnett who recently had a solo exhibition at the New Museum in New York. 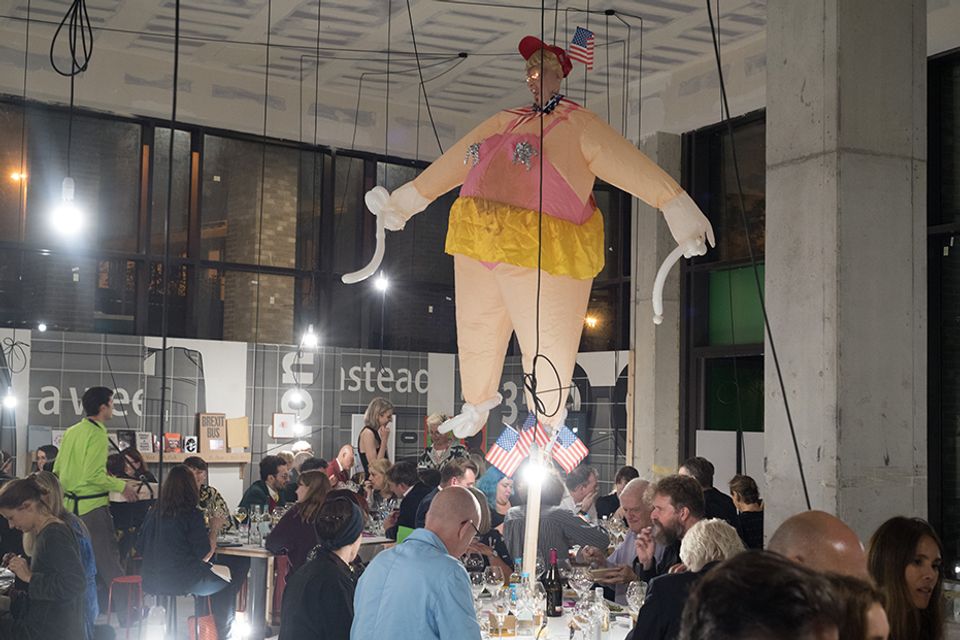 Now Matt's promises to inject a welcome dose of artistic experiment and unpredictability from among Vauxhall’s shiny new property developments, all clustered around the super-bling US Embassy. Last night’s festivities set the tone with guests including Jane Cooper, the mayor of Wandsworth, and the Whitechapel gallery director Iwona Blazwick seated at 12 tables that were custom-created by the artist Milly Peck. Each of these were further adorned by a special Matt's artist-designed centrepiece by the likes of Jimmie Durham, David Batchelor and Willie Doherty, many of whom were hosting their tables in person. Especially appropriate given the proximity to his embassy, was the giant floating inflatable Balloonitic President Trump created by Lindsay Seers and Keith Sargent.

The sculptural centrepieces were the star prizes of a very high-end tombola, the tickets for which were themselves unique ceramic heads made by Oona Grimes. Then there was a deliciously disconcerting performance by Sophie Jung who, decked out in full 18th-century period costume complete with extensive side panniers, repeatedly attempted to climb up a ladder whilst brandishing a whistling megaphone. Perhaps an apt metaphor for the struggles of fundraising in the current era, in this case it ended in triumph. Jung returned later in the evening to sing triumphantly from an upper balcony. May Matt's continue to flourish and to provoke in its new home.