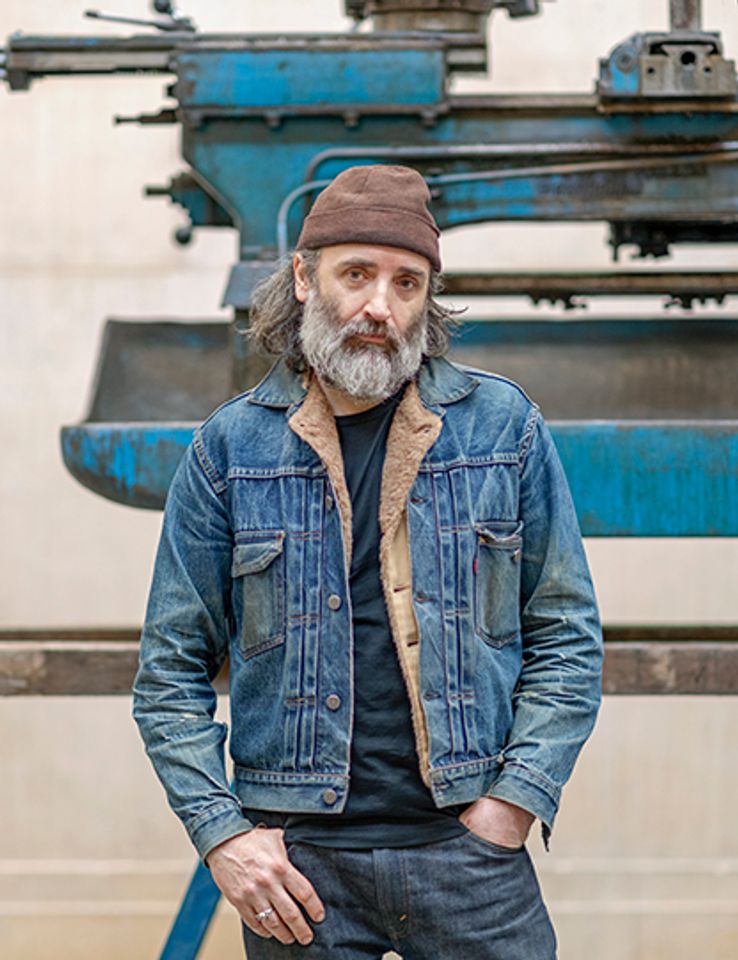 You can smell The Asset Strippers, Mike Nelson’s commission for the Tate Britain’s Duveen Galleries, before you see it. The lofty processional heart of the building has been shuttered off behind a pair of battered wooden gates and there’s a pungent aroma of oil in the air. Push them open, and the source is apparent. Meticulously arranged throughout the great court in the manner of the grandest sculptures are giant rusting pieces of redundant industrial machinery sourced by the artist from online auctions of company-liquidators and industrial salvage yards. Moving parts stilled, these knitting-machines, lathes, haulage parts and drills are clogged with dust and ooze oily drips. Mounted on plinths made from slabs, trestles and girders, they also carry echoes of many of the big names of post-war sculpture, who in turn often made work inspired by industrial and mechanical form. A lathe becomes a reclining Henry Moore, another a robotic Eduardo Paolozzi, while slabs of steel and stacked wooden planks evoke Richard Serra and Tony Cragg. It’s a more formal experience than the labyrinthine immersive environments for which Nelson is best known, but no less powerful for that. 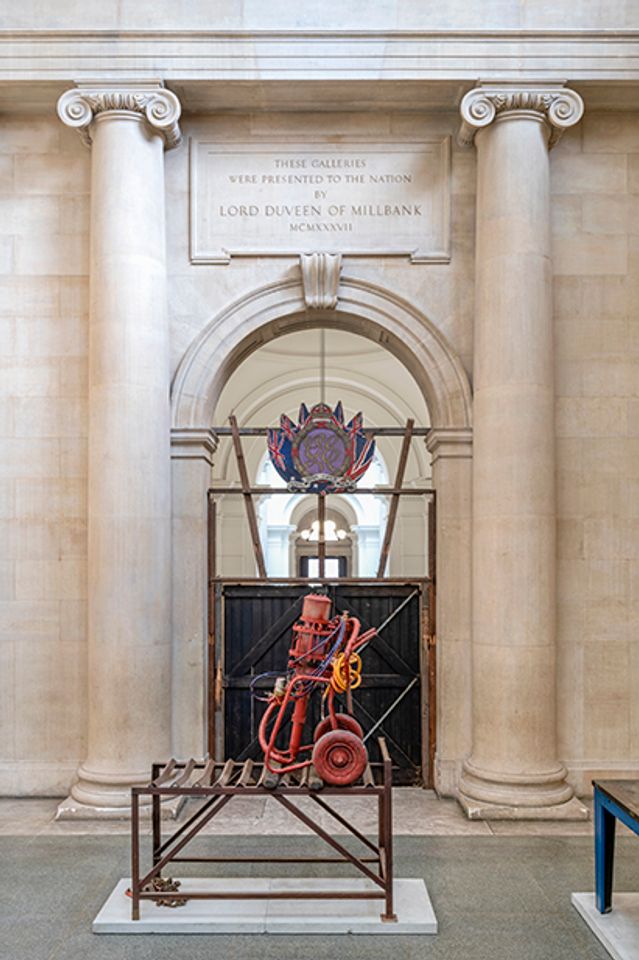 Nelson grew up in the East Midlands where his father, mother and grandfather all worked in the textile trade and these sold-off remnants are charged with the artist’s highly personal witnessing of what he remembers as the industry’s “sometimes brutal demise throughout the 1970s and 80s”. Many of the knitting machines on display also provoked powerful memories for the designer Paul Smith who paid a visit to Tate Britain while Nelson was installing, and who immediately recognised the same equipment used to make garments for his first company in Nottingham in the early 1970s.

Nelson has also built partitions from wood salvaged from army barracks in Shrewsbury, and there are relics from agriculture, wooden telegraph poles and graffitied sheeting from a redeveloped housing estate in south London, as well as doors sourced from a National Health Service hospital in London’s Bolsover Street. The military, the NHS, farming, communications and social housing are therefore all embedded in the fabric of the work, further enriching its role as a monument to a more optimistic post-war Britain with a welfare state and aspirations for social equality that is all but vanished today.

Nelson describes what he has accumulated is “the end of an era, the cannibalising of all we have left—a sort of self-consumption, an eating away of ourselves.” Now austerity measures have decimated the social services, much of our remaining manufacturing industries are poised to leave the country in the face of Brexit and public buildings are increasingly repurposed for private and commercial use. It would seem that our national assets have been pretty comprehensively stripped already.