Nan Goldin brings her empathy and activism to London 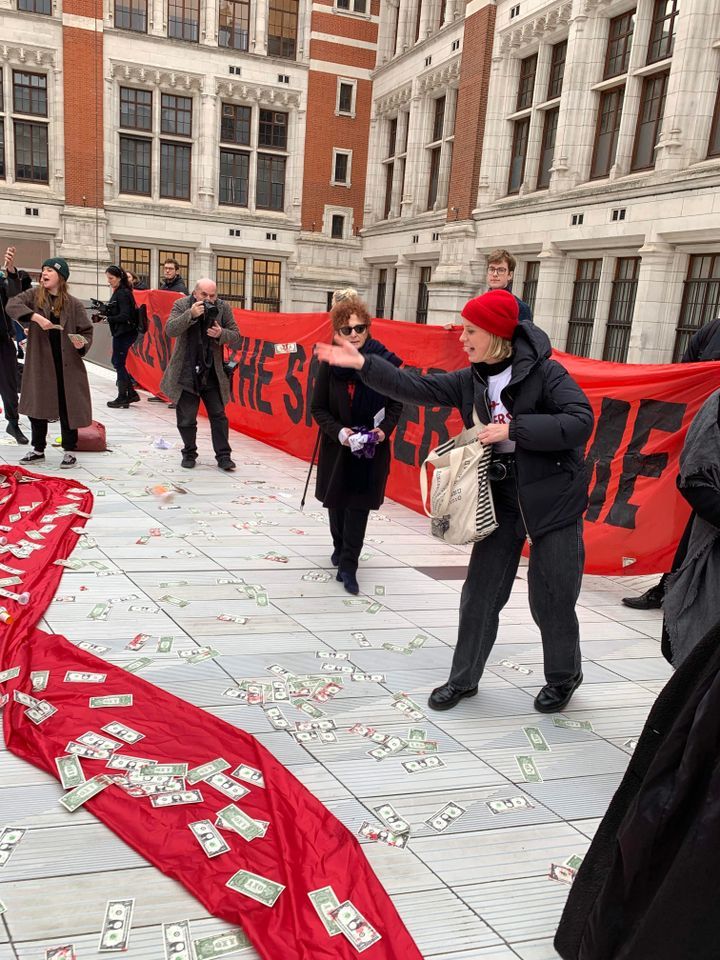 Last week Nan Goldin made a triumphant, emotional and tumultuous return to London. Critics— including this correspondent—were unable to stem their tears before a pair of stunning new film works unveiled in her debut with Marian Goodman Gallery. It is also Goldin’s first exhibition in the UK for nearly two decades. Sirens, from which the show takes its title, uses found footage to convey the seductive experience of being high. There’s wooziness, euphoria and sometimes excruciating details of self-harm as Goldin edits together obscure 60s sci-fi, clips from Kenneth Anger and Antonioni and crowds of pulsating ravers, as well as a field of prone bodies coming slowly back life and an agonising closeup of someone picking at a wound with a safety pin.

Pain rather than pleasure, as well as the consequences of the quest for intoxication, underpin Memory Lost, which Goldin only finished a few weeks ago. Raw and redemptive it weaves together a narrative of good as well as desperately bad times. Memory Lost unflinchingly charts Goldin’s life through the prism of addiction. It stands both as a memorial and an emotive chronicle of the heroin years of 80s New York and Goldin’s subsequent addiction to the opioid Oxycontin after wrist surgery in 2014. Like Sirens, it is set to a swelling emotive score commissioned from the brilliant young composer Mica Levi. But here it is punctuated by the intimate immediacy of voiceovers and fragments from answerphone recordings. Tender but never mawkish, Memory Lost is undoubtedly one of Goldin’s all-time great works and forms a powerful coda to the slide show and book The Ballad of Sexual Dependency, with which she first made her name in 1985.

Since kicking her addiction, Goldin has also become a conspicuous activist around the opiod crisis. Two years ago she founded the campaign group P.A.I.N (Prescription Addiction Intervention Now) and now stages direct-action protests against the international art world’s unquestioning acceptance of patronage from the Sackler family who own Purdue Pharma, the manufacturers of Oxycontin. Last weekend, London had direct experience of this campaigning when Goldin and P.A.I.N members occupied the Sackler Courtyard of the Victoria and Albert Museum, and mounted a mass ‘die in’, lying on the ground, strewing (fake) blood-soaked dollar bills and raising a banner in the demand that, as well as refusing their funds, the V&A "Abandon the Sackler name".

This protest was P.A.I.N’s first in the UK, but Goldin’s activism has already borne fruit here with the National Portrait Gallery deciding back in March not to accept a £1 million grant from the family. It was therefore appropriate that Goldin rounded off her eventful London visit on Sunday with a frank and free-ranging in-conversation with Nicholas Cullinan, the director of the National Portrait Gallery (NPG). Cullinan will be mounting a major survey of her work in 2023 when the NPG reopens after its expansion and refurbishment. Here, subjects ranged from her battle with addiction, her pain on viewing Memory Lost, her desire to visit every country in the world and the revelation that The Ballad of Sexual Dependency got its first showing at Frank Zappa’s birthday party at the New York's Mudd Club in 1978. Goldin also confirmed what shines through all of her works when she stated that the starting point of her process comes “not from an idea, but from empathy.” It is this empathy that enables her experiences to touch us all.