Nitsch plays the other kind of organ 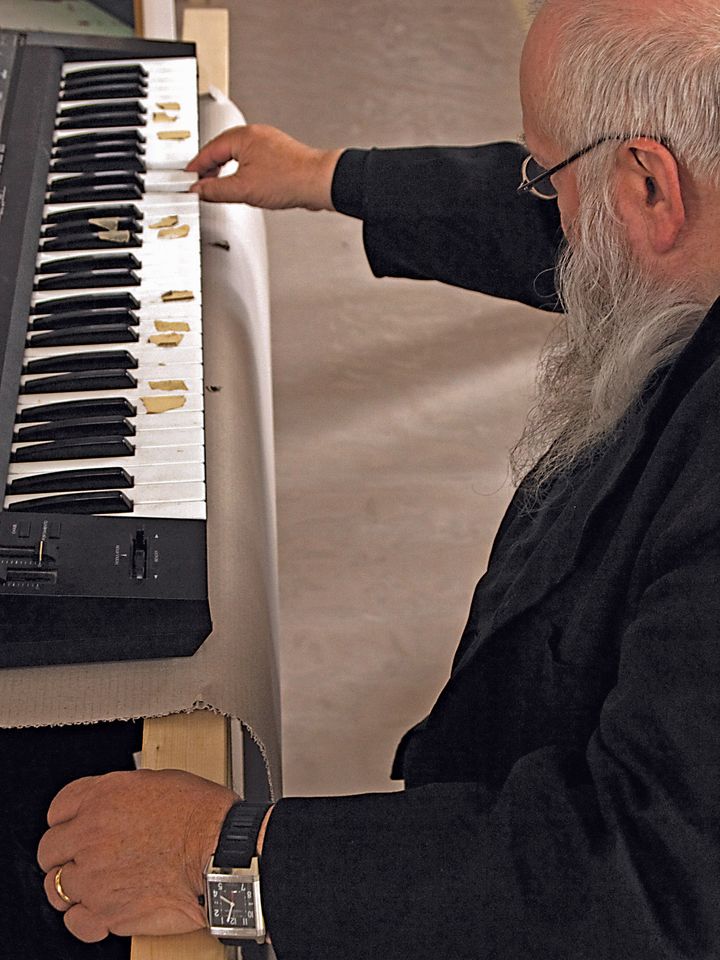 The 79-year-old Viennese Actionist Hermann Nitsch is legendary for his decades-long exploration of religious rituals and violence, themes that are still apparent in his new series of smeared, splattered blood-red paintings at Marc Straus gallery. He is less well known for his musical abilities, which he debuted at the show’s opening on 10 September in an organ recital—his first ever in the US. Nitsch, who wears a long white beard and uses a cane, improvised the largely atonal piece on a rented organ, with two assistants holding down entire rows of keys at several points during the performance. “I wasn’t thinking at all while I played. It’s important to just let it come as a surprise,” he said, taking a seat after the hour-long recital. One of the assistants rushed to offer him a glass of water, at which Nitsch grunted, “No, the wine,” gesturing to a bottle of Grüner Veltliner. When asked why he chose the organ over other instruments, he said it “comes the closest to the paintings, with the long sounds”.