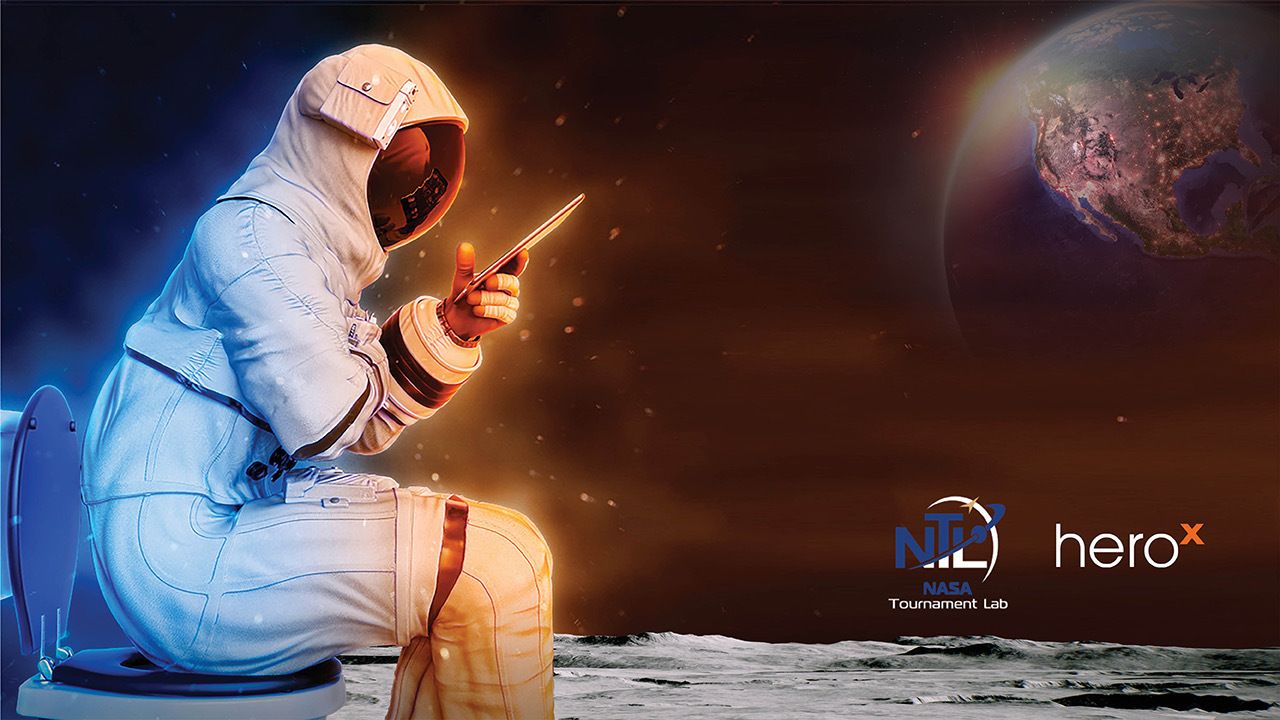 As NASA gears up to send astronauts back to the moon by 2024, they have also opened what they are calling the “Lunar Loo” challenge, offering $35,000 in prizes for designs for a toilet that can function in both the zero gravity that astronauts experience in space, and the microgravity on the moon (roughly one sixth of what is felt on Earth).

“These astronauts will be eating and drinking, and subsequently urinating and defecating in microgravity and lunar gravity,” reads the design guidelines. “While astronauts are in the cabin and out of their spacesuits, they will need a toilet that has all the same capabilities as ones here on Earth.” Astronauts exploring the moon’s surface will need a smaller and lighter toilet than those used aboard space crafts or on the International Space Station, because every ounce of mass on the lunar lander is carefully calculated to allow for a safe landing and a safe return to orbit.

The first place designer will receive $20,000, with second place getting $10,000 and third $5,000. There is also a Junior Prize for applicants under the age of 18. The contest closes on 17 August, and the submission page notes that “bonus points will be awarded to designs that can capture vomit without requiring the crew member to put his/her head in the toilet”. One small step