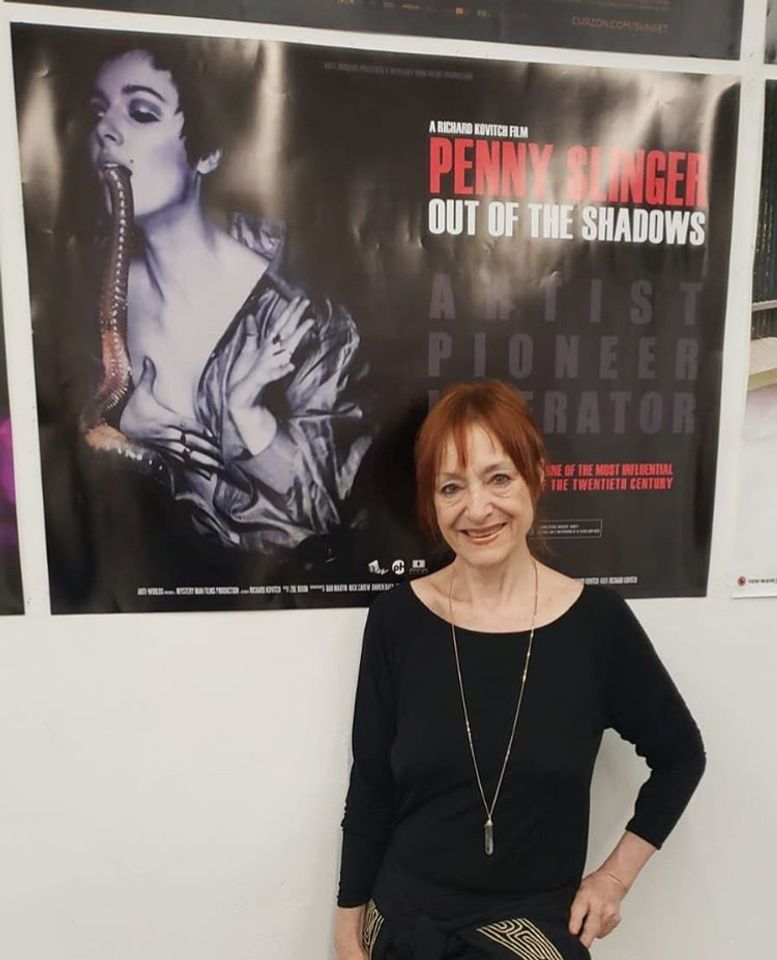 Out of the Shadows is the title of Richard Kovitch’s enthralling 2019 documentary on the life and work of the self-proclaimed “feminist Surrealist” Penny Slinger. Certainly over the past few days this most brave and original of artists has been stepping out into the spotlight with a vengeance. The film was screened at the ICA in the presence of Slinger at the weekend and is on limited release throughout the UK this summer. An exhibition of her Tantric Transformations, 'full-frontal' photo collages and body Xerox monoprints from the 1970s, has also just opened at Richard Saltoun gallery. These gloriously erotic, explicit works mark the 72-year-old Slinger’s progression from her earlier feminine reinterpretations of Surrealist collage into an exploration of the teachings of Tantra. She first encountered the iconography of Tantric art at an exhibition at the Hayward Gallery in 1971 and then through subsequent travels in Thailand and India. 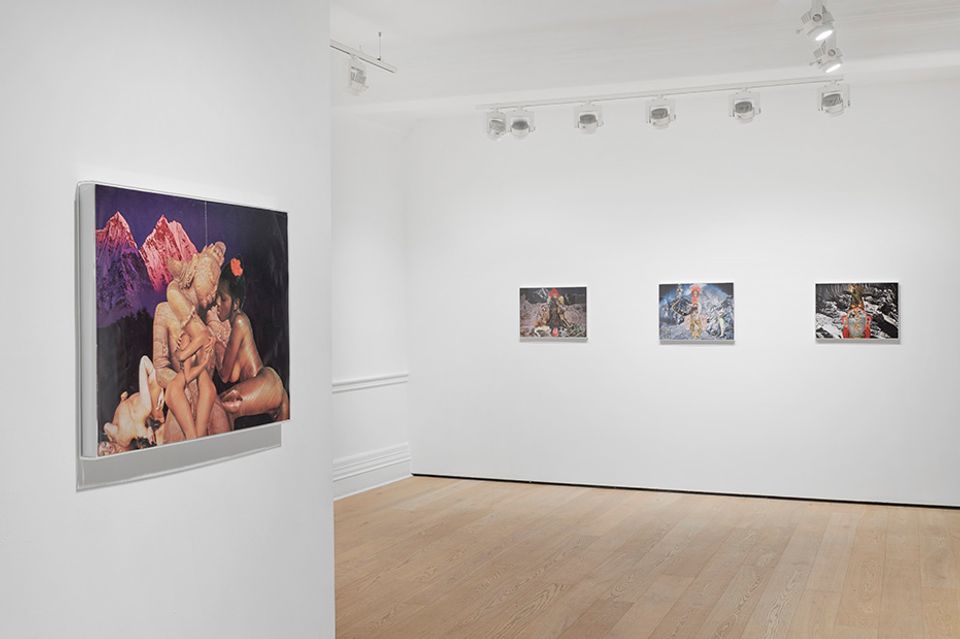 “I discovered this new world and it felt as if everything was able to be sensual and ecstatic,” she told the writer Hettie Judah in a fascinating in-conversation at Richard Saltoun on Saturday, surrounded by her collaged and scroll-like images in which “flowers, mountains and sexual organs are all involved in this dance of life”. Slinger explained her reasoning for appearing in pornographic magazines earlier in her career as a response to a lack of erotica available for women that, much to the chagrin of many within the feminist movement at the time. “Early on I placed myself in men’s magazines showing myself naked. But within my work...I wanted to enter that venue and have men looking at me maybe for titillation and then instead get more than they bargained for when they read what I had to say: that I’m not just an object, I’m a subject, I have real consciousness and I’m a real person.” 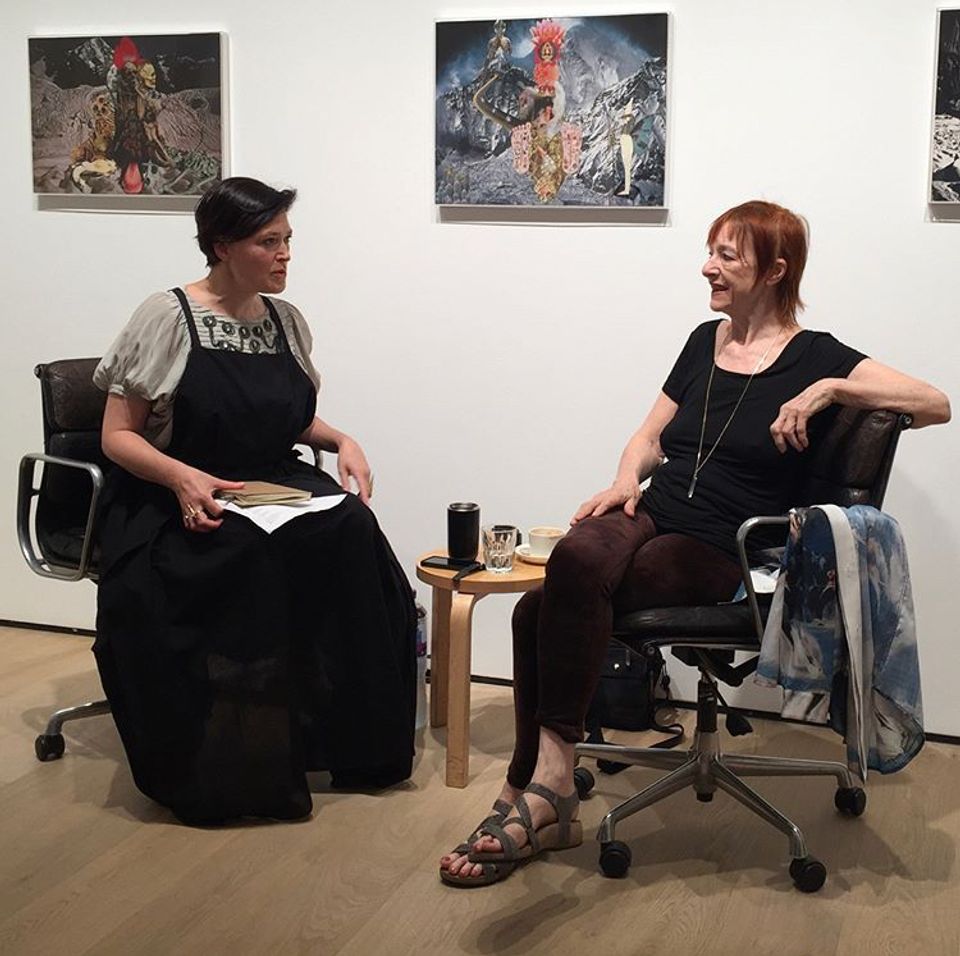 However the patriarchy proved unresponsive to this view. At her 1982 show in New York Slinger came to the dispiriting realisation that “collectors thought that because the art was erotic [she] came with the work". Slinger abandoned the art world in disgust and decamped to the Caribbean island of Anguilla where she remained for fifteen years. She then moved to LA where she continues to live and work. But now, back in Europe, her star is in the ascendant to such an extent that Slinger is making her presence known not only in cinemas and on gallery walls but also at the very heart of high fashion. The grand finale bridal dress of yesterday’s Dior Autumn Winter 2019-20 haute-couture show took the form of a gold wearable doll’s house version of Dior's Avenue Montaigne store in Paris. Made in close collaboration with Slinger it was directly inspired by her feminist doll’s house sculptures of the mid-1970s.

The show was held at Dior’s Paris headquarters which Slinger had also been commissioned by the Vogue fashion director Maria Chiuri to transform into a seasonally changing set culminating in a dark forest with a huge gnarled tree climbing up its famous staircase. “I’ve not been a slave to fashion—I’d rather create my own style and form which is not dictated by the whims of what’s hot today and gone tomorrow,” Slinger declared at the weekend. It may have taken a bit of time to bring her out of the shadows but this is now a view that is serving her very well.

• Penny Slinger: Out of the Shadows will be screened on July 4 at ICA, London and then on limited release nationwide.

• If you want to channel the Slinger vibe and tap into what seems to have helped keep her so miraculously youthful, Richard Saltoun gallery are hosting Tantric Transformations, a weekly tantric yoga class in the gallery at 11am every Saturday until 17th August. Advanced booking essential.