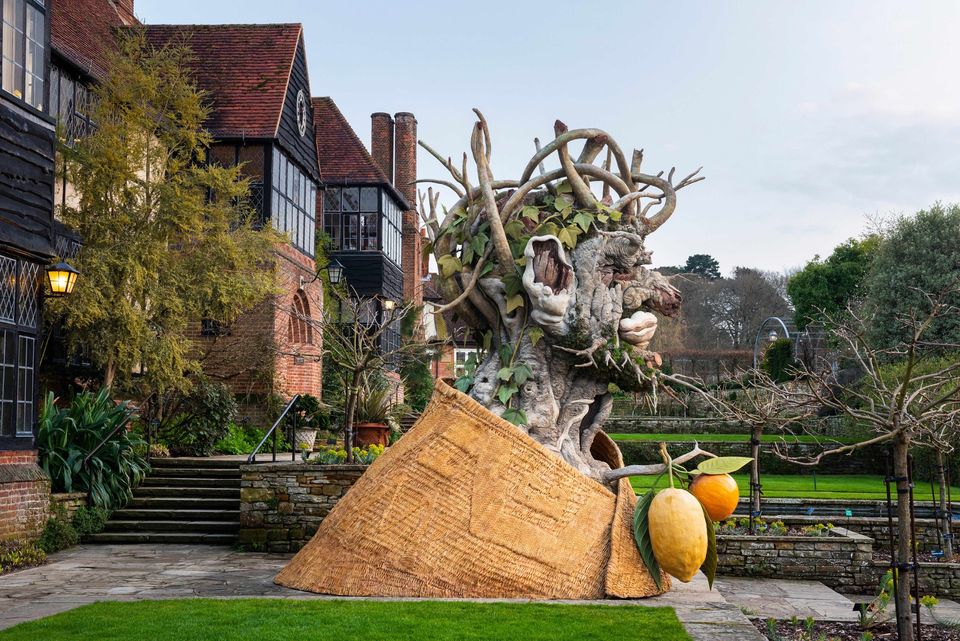 Winter has come. Tall as a house, wrapped in a cape resembling a hurricane tossed garden shed, broken branches writhing like serpents from his head, leering from lips like rotting fungus, Winter has taken up residence a few feet from the office window of Sally Charleton, a director at the RHS garden at Wisley, UK.

Winter was created by the US artist and film maker Philip Haas, inspired by the late 16th-century paintings of the seasons by Giuseppe Arcimboldo, when he was asked to make a large sculpture for the Botanic Gardens in New York. The marginally less terrifying Spring, Summer and Autumn followed, and all have toured museum and botanic gardens across the world, before landing at Wisley until September 30. The 15-foot-tall figures are cast in fibreglass, but are appallingly convincing as animate stacks of monstrous fruit, flowers and foliage. “Spring is quite friendly, nice smile,” Wisley curator Thomas Pottage said uncertainly, contemplating a grin like a bandsaw blade.

Last year’s inaugural sculpture exhibition at Wisley, of major Henry Moore works, was received respectfully. The response to the Seasons is different: as each was installed people surged across the sodden grass to take selfies. Except for Winter. “I can hear through my office window when people reach it,” Charleton said. “It certainly quietens down a few children, which is no bad thing.”