New York gallery season kicks off with rights, wrongs and rising above the ‘other’ 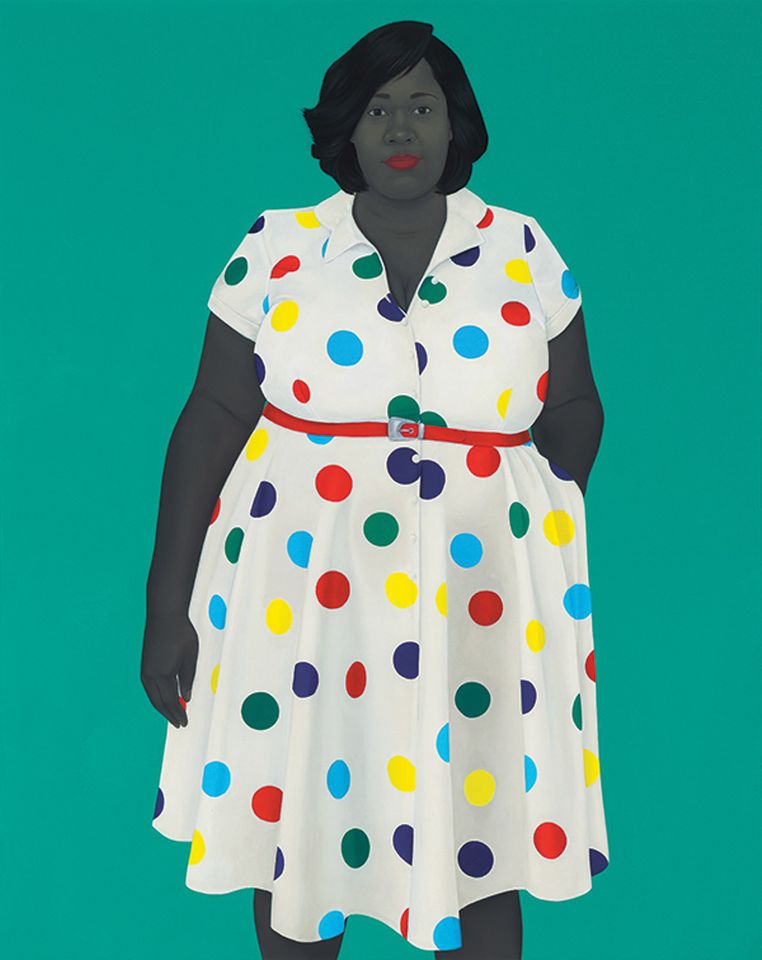 The Girl Next Door (2019) is among Sherald’s series of large canvases © Amy Sherald Courtesy the artist and Hauser & Wirth Photo: Joseph Hyde

New York’s gallery season kicked off with a bang in September, with Pace opening the doors of its new eight-storey space on West 25th Street. The artists Torkwase Dyson, Loie Hollowell and Yto Barrada were in attendance as the gallery’s founder, Arne Glimcher, spoke to the overflowing room beneath Fred Wilson’s glorious chandeliers: “The plan was that at the top of the pyramid was the artist... I wanted the artists to be the stars.”

Five floors below, the star was Hollowell, one of the youngest artists on the gallery’s roster, with her first solo exhibition in New York. Hollowell has boldly defied the idea that women can’t be artists and mothers by creating an entire body of work while she was pregnant with her son. Seemingly abstract yet filled with innuendo, in one canvas, a red leaf shape could be an open vagina, ready to bring life into the world. In another, blue half-circles are attached to curved lines, evoking milk as it comes out of the breast.

Among the best New York shows is the photographer Mitch Epstein’s solo exhibition at Sikkema Jenkins. At the entrance of the gallery, Epstein has presented a deliberate portrait of America in crisis. Visitors are hit from across the room by a large-format photograph of an upside down American flag—a signal of distress in the US military—against a blue sky. The banner was raised by veterans who travelled to Standing Rock Sioux Reservation in 2017 to join protests against construction of an oil pipeline that was given the green light by President Donald Trump. The Sioux see the pipeline as a threat to their water supply and ancient burial grounds. 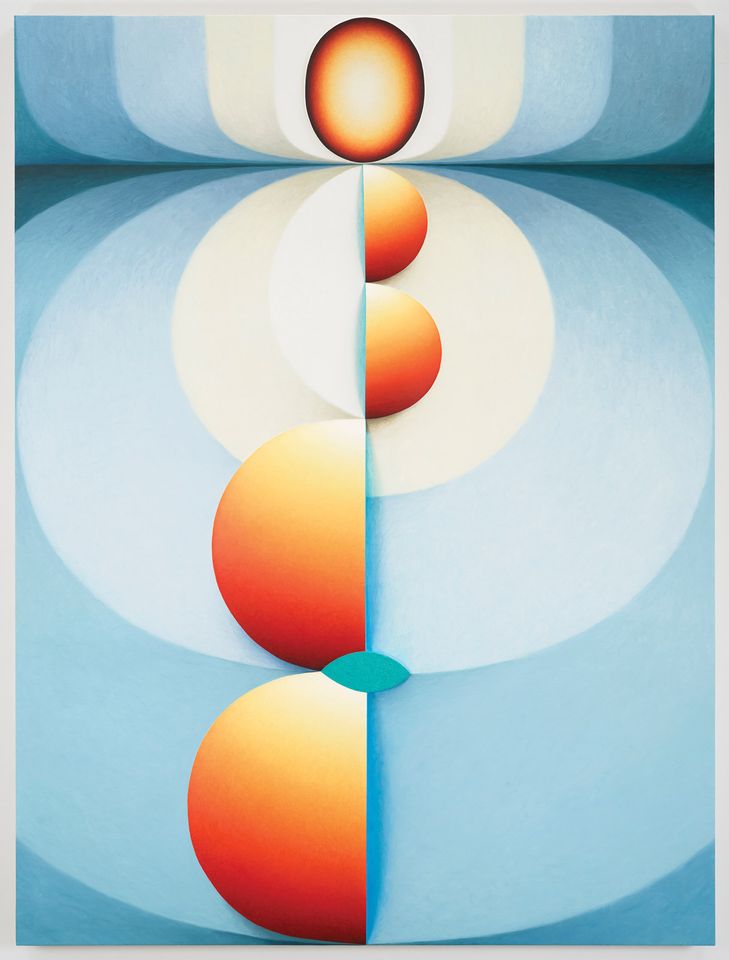 In another photograph, five members of the Sioux tribe march against stark white snow and grey sky in a prayer walk. Across from that image is a photograph of a frail old woman, resting her head on her hand as she grasps a column of the wall that divides Nogales, Arizona, and Mexico. Magnificent landscape photographs on view depict an America untainted—the cactuses that inhabit the pristine Sonoran Desert in Arizona or the Blue Mesa in Petrified Forest National Park. The assembled throng had to confront questions posed by the pictures, like: Whose land is this—the people who lived there long before colonisation, or those who pushed them out and now marginalise them?”

Over at Hauser & Wirth, Amy Sherald, who made everyone sit up last year with her Michelle Obama portrait, unveiled her inaugural solo show. Inspired by the author bell hooks’s book Salvation, the exhibition title the heart of the matter… also invokes Sherald’s heart trouble before she had transplant surgery in 2012. “It’s an exploration of myself... feeling that I had a limited time on Earth,” the artist told the Hammer Museum’s curator Erin Christovale. “I just wanted to get down to who I was as a person outside of all those external directives and really go inside.”

Sherald presents American black identity as she thinks it should be seen, not as it is represented in society. In Precious Jewels by the Sea, two young black women sit on the shoulders of young black men standing next to a red-and-white umbrella in the sand, enjoying a day at the beach, an activity historically reserved for white people in painting—think of Monet’s The Beach at Trouville. In another painting, a black man sits on a green metal beam, ready for whatever comes at him. In Sherald’s work, blackness is decisively no longer “the other”.

• Amy Sherald, the heart of the matter…, Hauser & Wirth, until 26 October