“Her medium is energy,” Hans-Ulrich Obrist says of her work “Her medium is energy,” was the apt comment by the Serpentine's artistic director Hans-Ulrich Obrist’s at yesterday’s (29 November) opening of Rose Wylie’s solo show of enormous exuberant canvases, which line the walls of the Serpentine Sackler Gallery. This certainly seemed a good way to sum up the animated, unruly parade of footballers, Hollywood royalty, cut-out dolls as well as Queen Elizabeth, all of which—along with rumbustious dogs, elephants and much more—have been whipped into existence with lashings of oil paint. In one painting even a park bench seems poised for liftoff, and the fact that some of the works had only recently left the studio was confirmed by a distinctly discernible whiff of oil paint.

She may have recently celebrated her eighty-third birthday, but the vivacious Wylie also showed no signs of stopping throughout the morning and evening viewings of Quack Quack. (The exhibition’s title apparently refers both to the ducks on the Serpentine’s ponds and also to the ‘ack-ack’ nickname for the Second World War anti-aircraft artillery, which the artist remembers from her wartime childhood in nearby Bayswater.) Fellow artists were in abundance to pay tribute (Lynette Yiadom Boakye, Tal R and Alvaro Barrington have all contributed to the catalogue) and the famously private poet JH Prynne who has known Wylie since primary school even made a rare public appearance to read three of his evocative poems that she had specially chosen.

Along with the plaudits it was widely agreed by all present that Wylie’s reputation as both artist and force of nature was perfectly epitomised by her choice of vernissage footwear—a magnificent pair of paint splattered trainers emblazoned with a flame motif and the word HOT on front and back. Speedy and smokin’! 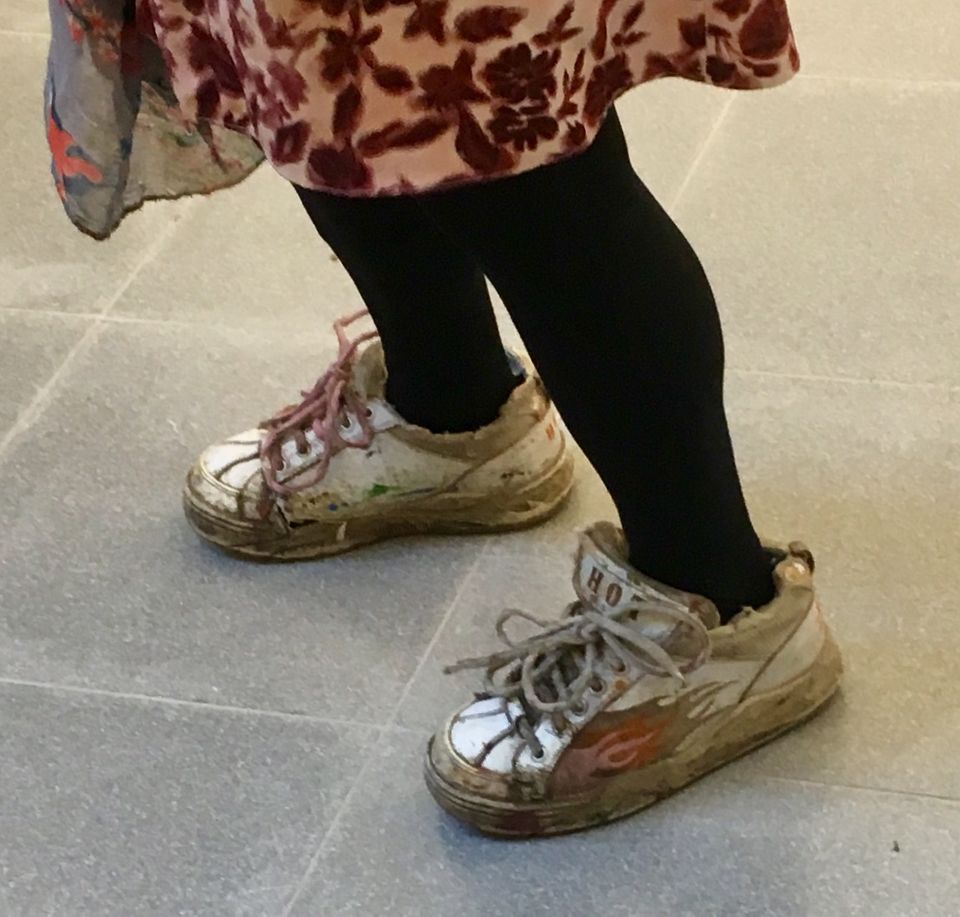