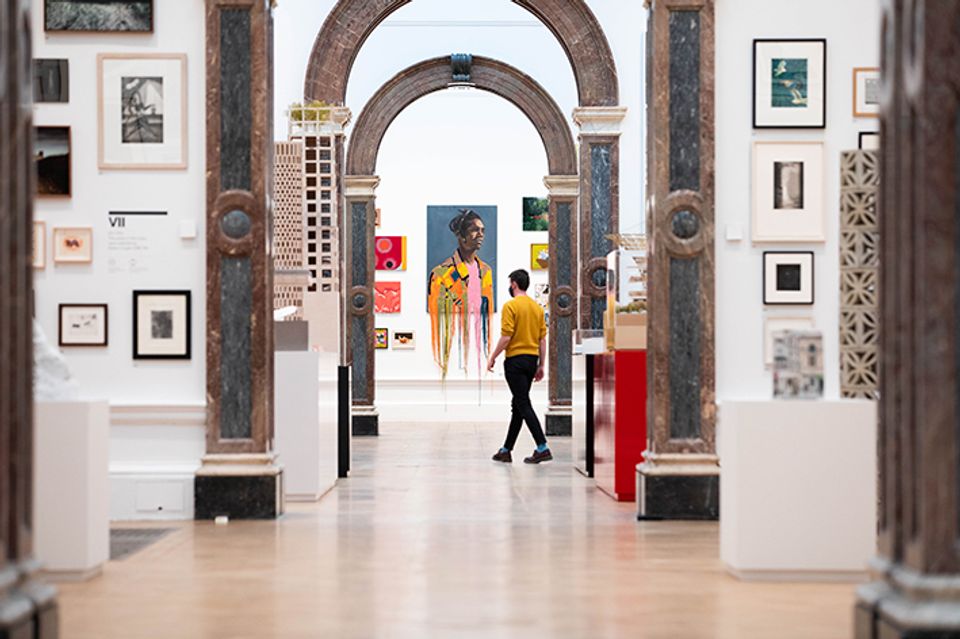 The Royal Academy of Arts (RA) in London's annual Summer Exhibition may have been delayed for the first time in its 250-plus-year history—but this bastion of the British art world has maintained its stiff upper lip and the show has gone on. And though all the exhibition's posters now have "Winter" scribbled over its traditional title, it is not just a new name that indicates a significant break with the past. The show's twin artist-curator duo Jane and Louise Wilson have given over the first two rooms to the fellow Royal Academician Isaac Julien, who has curated an exhibition devoted to the memory of the Nigerian curator Okwui Enwezor, who died in March 2019. Here the gauntlet is laid down by the fact that every artist in these galleries—except for Peter Doig—is black. 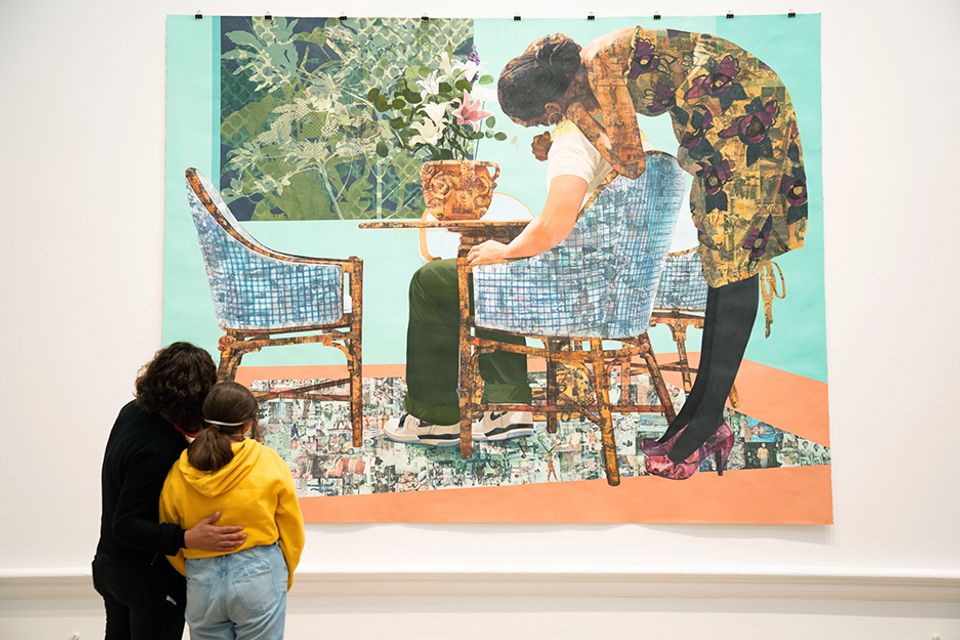 In a year of Black Lives Matter protests (and with October being Black History Month), it is a powerful and timely statement. Many of the artists on show also featured in Enwezor’s landmark exhibitions, including his 2015 Venice Biennale show, which repeatedly challenged the art world’s white, Western bias. There’s a dramatic pair of Wangechi Mutu's looming totemic figures and a giant Zanele Muholi self portrait which presides over a gorgeous Chris Ofili triptych, a Theaster Gates firehose abstract and arresting works by Njideka Akunyili Crosby, Glenn Ligon and Frida Orupabo. A limpid painting by Frank Bowling hangs between one of Oscar Murillo’s energetic abstracts and a gleaming black metal wall hanging by El Anatsui. One of Yinka Shonibare’s globe-headed mannequins seems buffeted by forces beyond her control and an early composite black-and-white photowork by Julien is devoted to the protests around the killing of Colin Roach, who died from a gunshot wound outside Stoke Newington police station in East London in 1983. A stark reminder that today’s struggles and protests are nothing new.

After such a striking beginning, it is hard for the RA’s usual mixed-bag format to compete. The first room curated by the Wilsons valiantly attempts some coherence and is animated by a sculptural installation of video works by, amongst others, Hilary Lloyd, Yuri Pattison and Lawrence Lek. The grand finale in the RA’s central rotunda goes for more of an apocalyptic cacophony, with a giant LED made by the twins cascading down one wall, a pair of Korakrit Arunanondchai’s flaming denim History Paintings and a collection of Michael Armitage’s sketchbook works depicting the rioting during the Kenyan elections adding to the sense of fracture.

But it is undoubtedly the opening salvo that has made this year’s Summer/Winter show so strong and it was a wise and generous move of the Wilsons to make it happen. Let’s just hope that the RA—and the wider world—regards it not as a token gesture, but as a manifesto for the future.