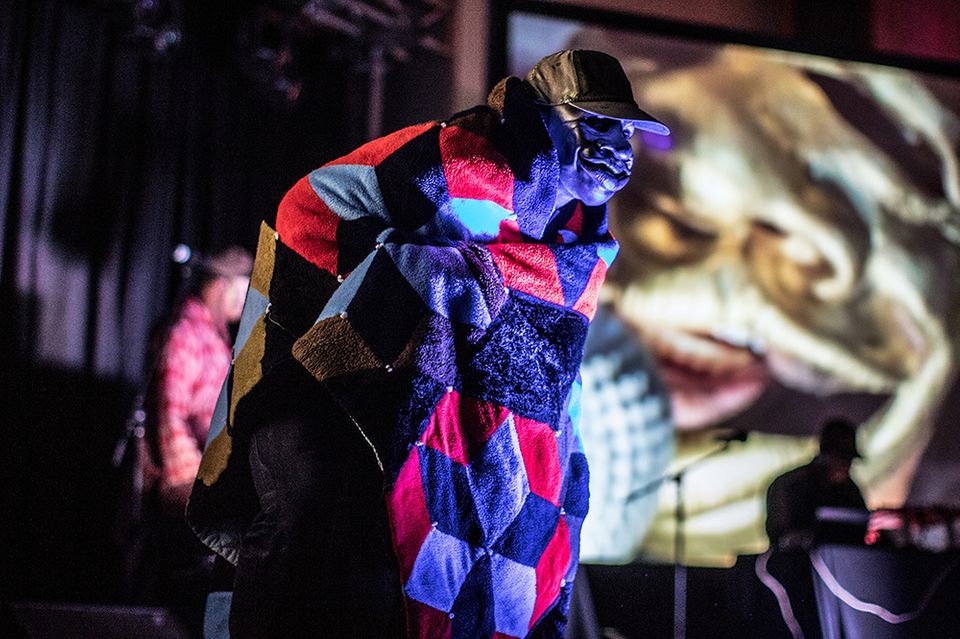 You might be familiar with Sanford Biggers’s historical-revisionist works boasting old-timey quilts, traditional African sculpture and the occasional splash of sequins. But the New York-based visual artist is also the creative director and keyboardist frontman for the futuristic funk-fuelled band Moon Medicin, who infuse performances of their own original scores and reworked contemporary classics with visual art, sacred geometry, sci-fi and film noir snippets, ritualistic dances and immersive new media installations. In their redo of Steve Miller’s 1976 hit “Fly Like an Eagle” as “Fly Like a Negro”, psychedelic images of Egyptian gods and old cartoons with racist caricatures of black figures are projected over them, culminating in nuclear bomb explosion footage as they riff straight into a rendition of “Next Girl” by The Black Keys. Charlotte Braithwaite, the 2019 United States Artists Fellow, Creative Capital awardee and Rockefeller Bellagio resident, called one of the “up-and-coming women in theatre to watch” by Playbill, has directed Mood Medicin’s next performance, Un-Televised Revolutions. Due to be held on 4 April at the Kennedy Center in Washington, it is billed as a rock opera-meets-fine art installation.