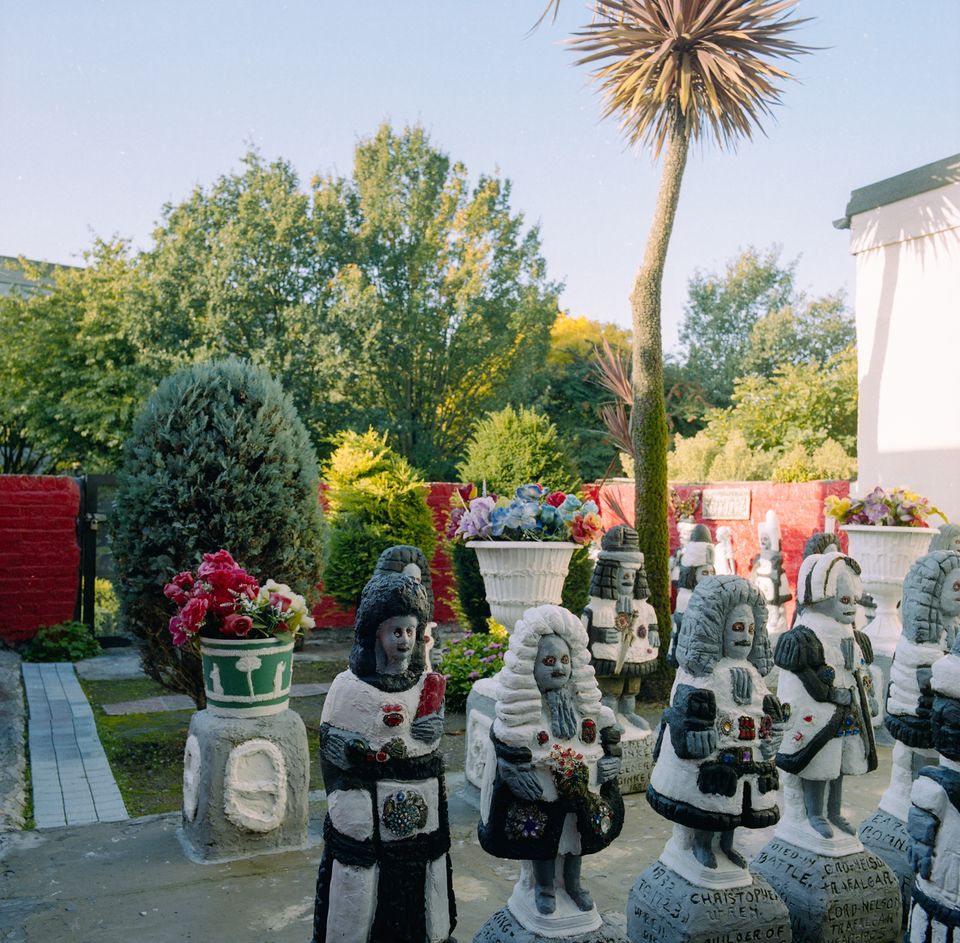 It's a striking sight: in a small garden at the edge of the Grand Union Canal in west London stand rows of strange concrete figures studded with pieces of sparkling glass and costume jewellery.

The names inscribed into their bases reveal them to be an eclectic array of historical luminaries. These range from "Elizabeth of York, the wife of Henry VII to "Leo Casey, Irish Poet", and "Claudius, Emperor of Rome".

Until his death this September, only a handful of his close friends and the immediate community knew of this fantastical world created by the 83-year-old pensioner Gerard Dalton both in and around his modest Westbourne Grove housing association flat. For more than three decades during the summer months, Gerry (as he was known) worked on this project secretly at night. He first filled his back yard and then a strip of land along the Grand Union Canal with a parade of more than 200 sculptures made from heavily customised garden statuary and a 50-foot mural embedded with tiles, plaques and glass ornaments. 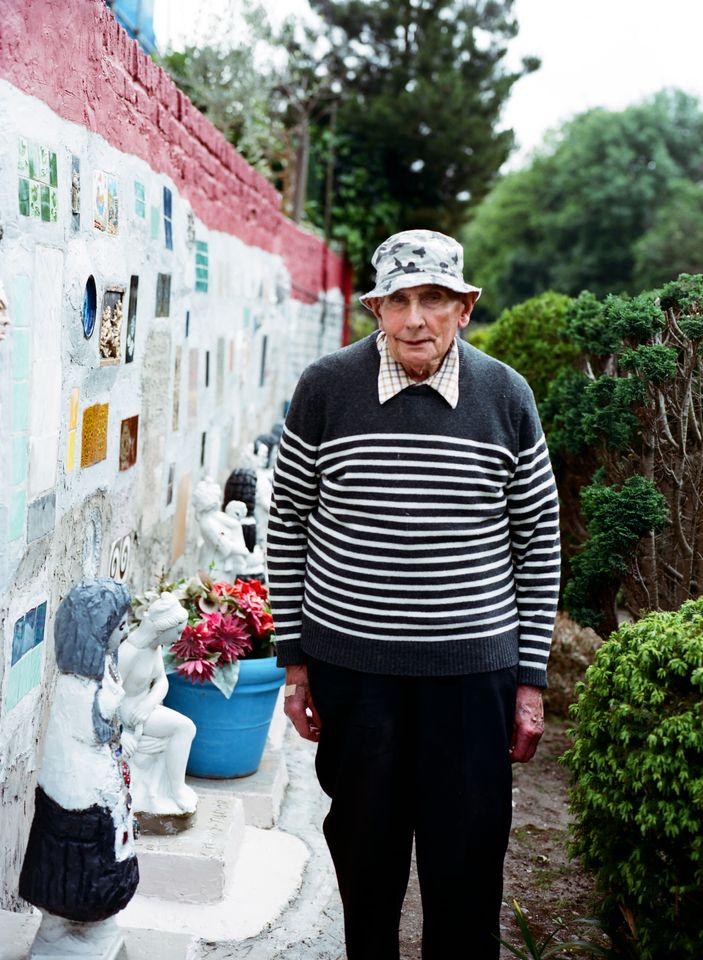 Gerry with his outdoor sculptures and mural © Lily Bertrand Webb

During the winter he’d make intricate architectural replicas of famous buildings including Buckingham Palace, Chatsworth House, Hampton Court, St Paul’s Cathedral and the nearby Modernist Trellick Tower, as well as a multitude of painted statues and wall-mounted works of art that covered every surface of his flat.

Dalton migrated from rural southern Ireland in the 1950s and had a long working life as a parcel porter and factory worker. A shy and unassuming man, he considered himself a gardener rather than an artist, having worked on the estate of a retired British colonel when he was still in Ireland.

He jokingly described the fruits of his labours as “Gerry’s Pompeii” and modestly said that his epic gesamtkunstwerk “kept [him] off the streets.” However, Gerry’s Pompeii is currently under serious threat as the landlords Notting Hill Genesis want to reclaim the property for social housing. 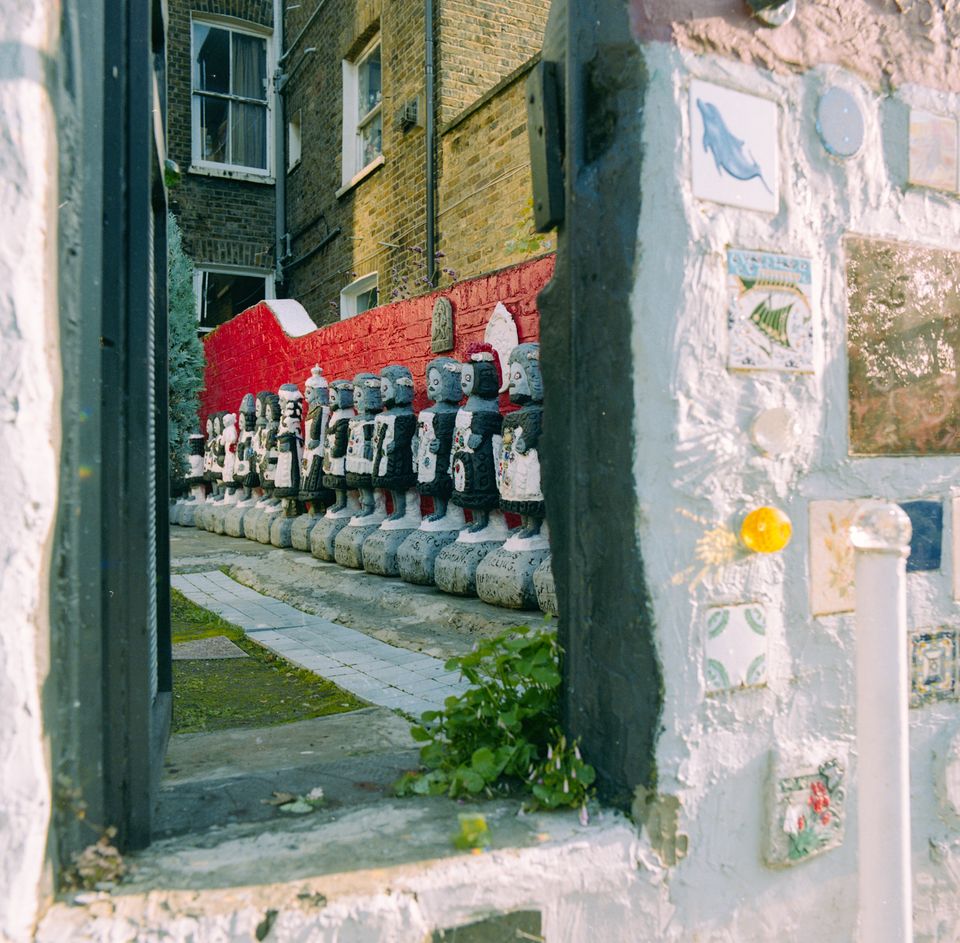 A deadline has been set for 31 October with Jarvis Cocker, the Arts Council chair Nicholas Serota, the Serpentine director Hans-Ulrich Obrist and artist Richard Wentworth among those backing an urgent campaign headed by the curator Sasha Galitzine. It requests a stay of execution in order to find a viable solution that enables the preservation of this local treasure, whilst also considering the responsibilities of the housing association. These large-scale labour of love works made in such unlikely circumstances are yet another reminder of the magical potential of art made by so-called Outsiders. France has the Palais Idéal of the Facteur Cheval, Los Angeles has Simon Rodia’s Watts Towers and now London certainly should not be deprived of Gerry’s Pompeii.