Some art is Made to Be Destroyed 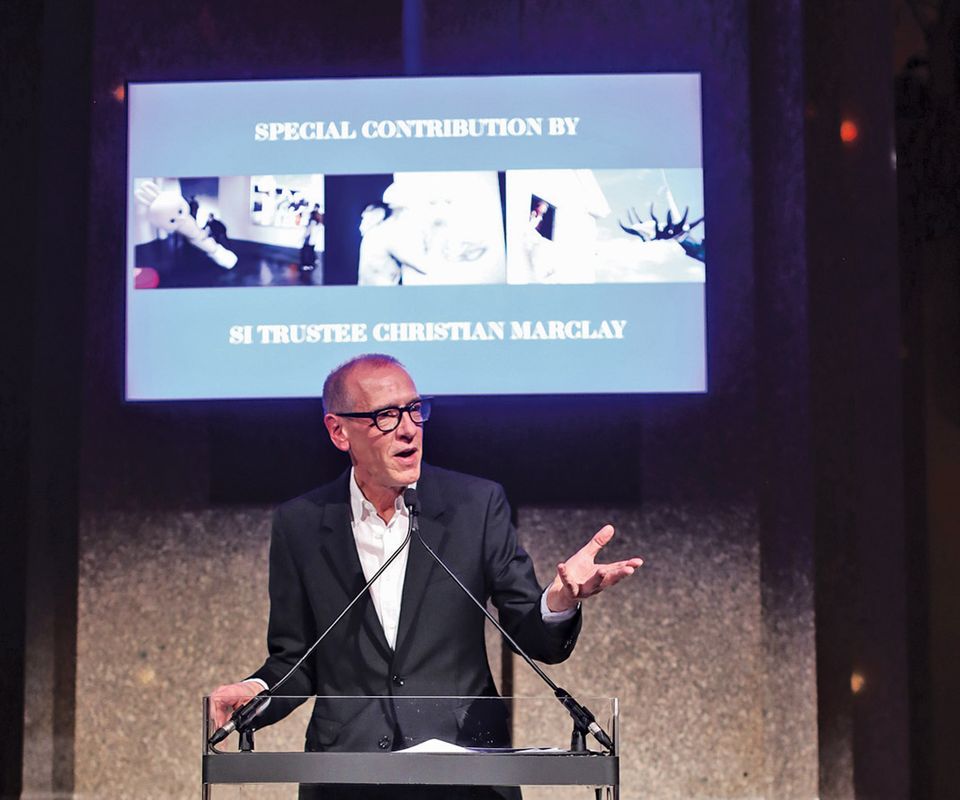 Some art is Made to Be Destroyed—as Christian Marclay titled his 24-minute video of spliced-together scenes of works being torched, smashed, or otherwise destroyed in various films—while some is made to be preserved. In Marclay’s case, it’s the latter, since the Whitney Museum is now the custodian of the work, a donation from the artist that came as part of a fundraising match for the Swiss Institute (which showed the work in 2016) at its benefit in November. The auctioneer Simon de Pury tried to drum up bidders at the event by promising that anyone who donated $50,000 would receive a set of prints as well as have their name displayed on the label of Marclay’s work at the Whitney. “Your name will be associated with Made to Be Destroyed at the museum for eternity! This is incredible! Your name will be there, right along with Christian’s name, of course, for ever and ever and ever!” De Pury got an “A” for enthusiasm, but there were no takers at that level. A few moments later, however, the art adviser Lisa Schiff jumped in with $30,000, followed by further pledges from David Kordansky, Phil Aarons and Shelley Fox Aarons, and Eva Presenhuber, among others. In the end, Made to Be Destroyed was saved from the fire.