Social media crack-down: how Instagram ‘protects’ us from art

As the art world's use of online platforms increases, so does frustration around its draconian censorship of creative images 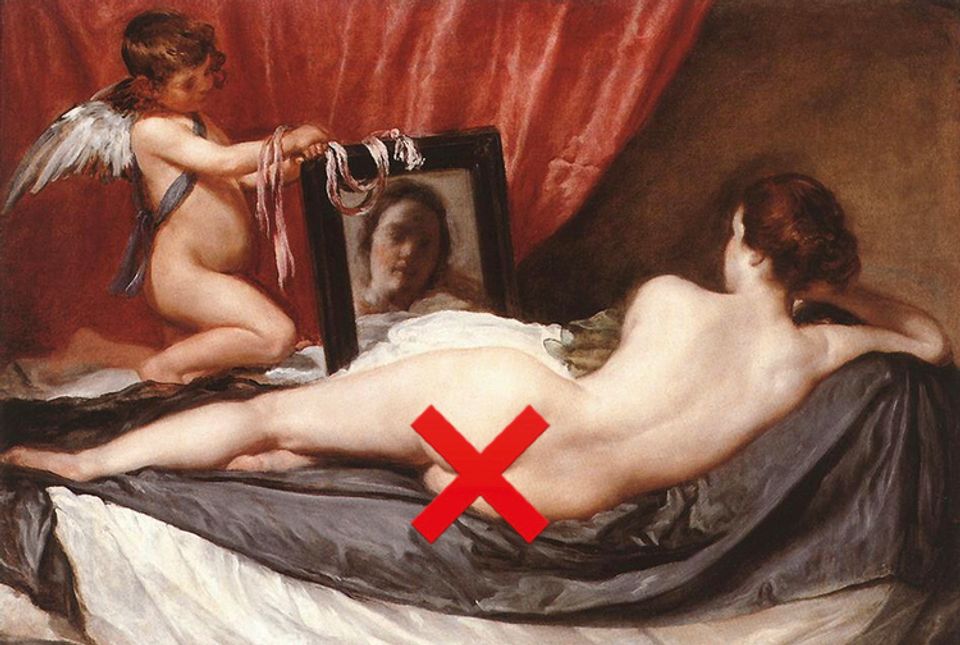 When it comes to the intersection of art and Instagram, the thus-far unmentioned (in this column) elephant in the room is a biggie: censorship. All images uploaded to the app are automatically assessed for inappropriate content using artificial intelligence, followed up by a reported 15,000-strong team of real people reviewing posts. If this mighty filtering force deems your content unacceptable, then your image may be “demoted” so that fewer users see it; blurred out and labelled as “sensitive”; or completely deleted with a possible account ban.

Pictures that are deemed offensive typically fall into three categories: violent, shocking or sexually suggestive. Artistic depictions of nudes regularly fall into the latter group, which—considering how foundational the practice is in the field—is a huge problem for art world Grammers.

“We know there are times when people might want to share nude images that are artistic or creative in nature,” reads Instagram’s community guidelines, “but for a variety of reasons, we don’t allow nudity on Instagram”. The guidelines go on to explain that this includes “photos, videos and some digitally created content that shows sexual intercourse, genitals and close-ups of fully nude buttocks [and] some photos of female nipples.” This is clearly a problem for many photographers and digital artists who want to depict the human form. But what is particularly problematic is that the policies say that “nudity in photos of paintings and sculptures is OK”, and yet nude works are continuously censored.

A case in point was the life drawing class the BBC streamed live last month, which encouraged viewers to share their drawings in real-time on social media using #LifeDrawingLive. The programme was trying its best to create a sense of interactivity that people are sorely missing during lockdown. But a search on Instagram brought up the note: “Recent posts from #LifeDrawingLive are currently hidden because the community has reported some content that may not meet Instagram’s community guidelines.” And—I can assure you—there was no intercourse, genitals or fully nude buttocks (we are talking about the BBC, here). But there was the occasional, clearly offensive, female nipple.

A post shared by Insta gratification (@instagratification.official) on Jun 15, 2020 at 5:50am PDT

In a meta twist of fate, this very column caused its own controversy on its new Instagram account, @instagratification.official (the profile picture is of Velázquez’s Rokeby Venus (1647-51) with a redacting cross over the derriere). When attempting to post one of the first images, up popped the message: “This action was blocked […]. We restrict certain content and actions to protect our community. Tell us if you think we made a mistake.” Yes, Instagram, you are making a huge mistake. You are wrongly penalising the very same creative community that makes your app the success that it is.