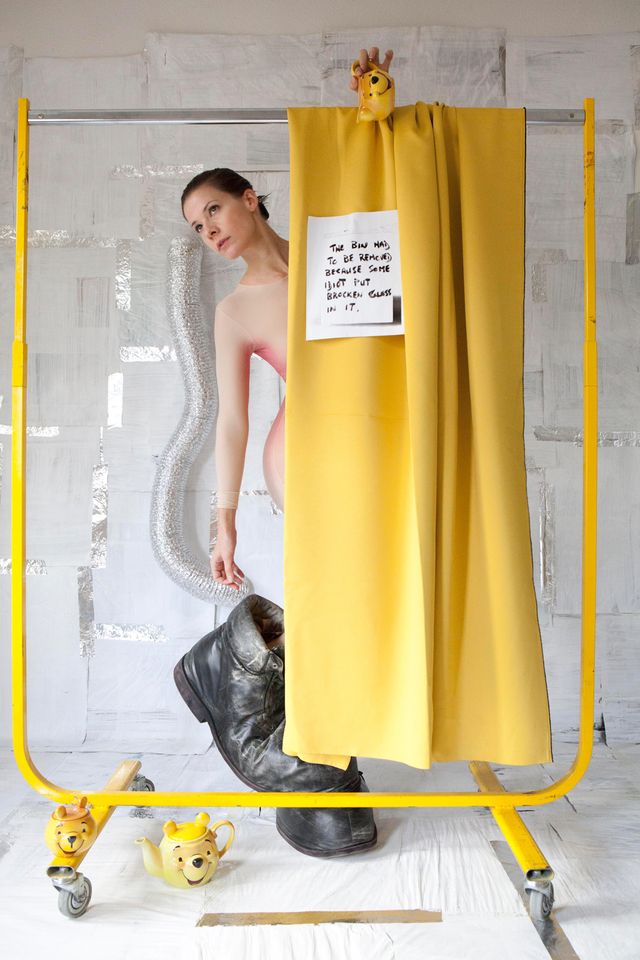 The New Year was emphatically ushered in on Saturday night (6 January) at Sophie Jung’s richly idiosyncratic and packed-out performance, which accompanied her sculptural installation Come Fresh Hell or Fresh High Water (until 13 January) at Blain Southern in London. Wearing a “topless” body suit, complete with prominent nipples that simultaneously shielded and caricatured her body, Jung delivered a free-wheeling and often very funny narrative monologue, rich in wide-ranging reference and word play and triggered by the ideas and back stories imbedded in her surrounding sculptures.

Jung views the eccentric assemblages she creates from an eclectic array of bric-à-brac as “the main actors” in her unfolding live dramas. And like her choice of ridiculously sexualised garb, many reverberate with the deeply disquieting issues that are stalking the start of 2018. For example, the use of flammable cladding on British tower blocks and thrusting presidential hubris are just two of the elements playing through Come to Grief. This teetering tower of mushroom crates is covered in Perspex and each contains a copy of a drawing made by Donald Trump of the Empire State building, which recently sold for $16,000. But the title is also that of a novel by the British writer Dick Francis, a former jockey and author of pot boiling equine novels much loved by the young Jung. 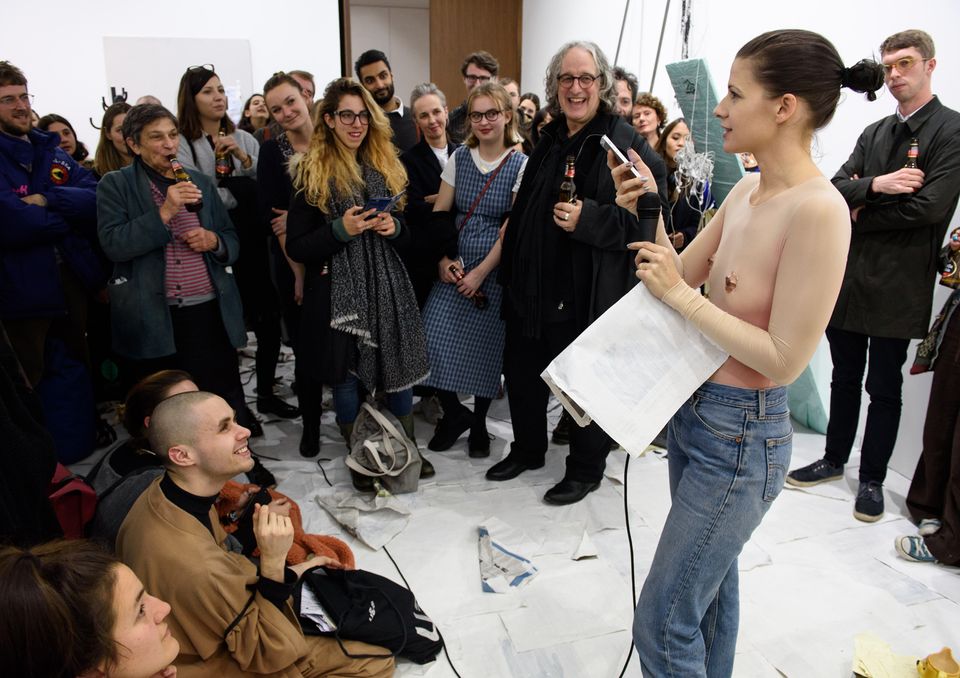 Filtered and connected through the unique sensibility of the artist, meanings were made to spark and unexpected associations multiply, as the erudite, the deadly serious and the highly personal all came together in an evening where dense Marxist theory might cut directly to the artist’s spirited singing of A Spoonful of Sugar from Mary Poppins. Described by the exhibition’s curator, the Frieze contributing editor Tom Morton, as “a skewed form of show and tell,” Jung provided both a fitting fanfare forthe unpredictable troubled times that lie ahead, while also, more optimistically, celebrating the extraordinary power—and range—of an individual voice. There will be two performances on 12 and 13 January. Catch it if you can.