Space (and time) shifting at London's Hayward and Matt's Gallery 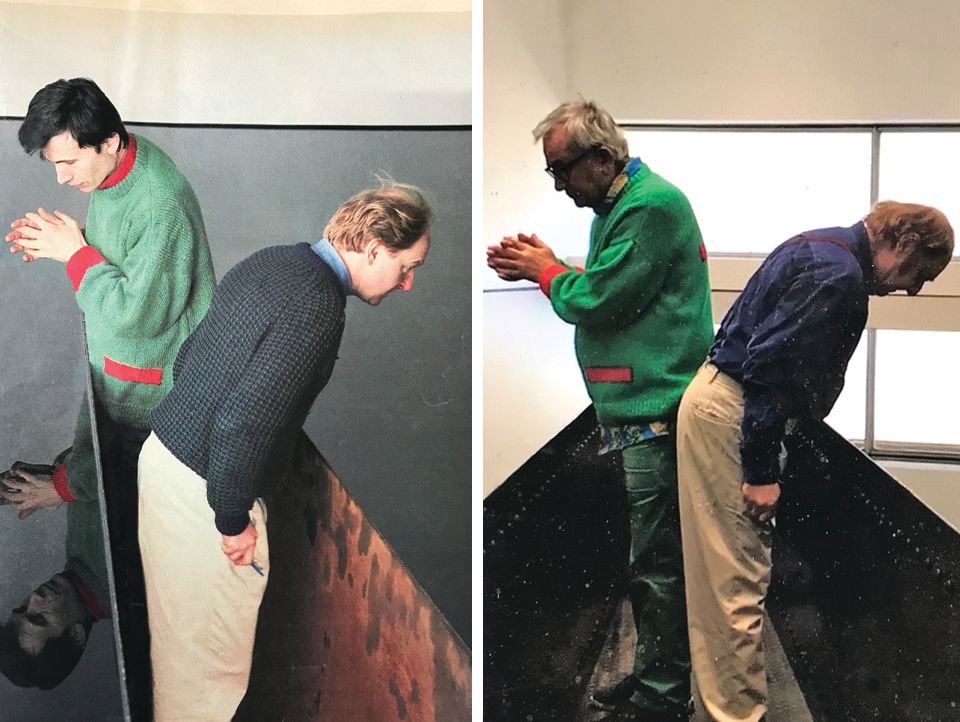 Time and space dimensions were shifting at both ends of London town on Tuesday (25 September) night. First off the opening of the Hayward Gallery’s Space Shifters exhibition (until 6 January 2019) put everyone into a discombobulated spin with its plethora of illusion-inducing artworks. These included whirling, distorting and even perambulating mirrors from, respectively, Jeppe Hein, Anish Kapoor and Josiah McElheny, as well as the dangling metallic curtains by Daniel Steegmann Mangrané and the late Felix Gonzalez-Torres and the utterly perplexing glass and reflective maze of Alicja Kwade. However—for this writer at least—the absolute star of the show was the room full of pungent and perfectly reflective sump oil that is Richard Wilson’s iconic 20:50, making a now-rare London appearance since Charles Saatchi sold his version to David Walsh, the Australian professional gambler and the founder of Tasmania's Museum of Old and New Art.

Trouble was that on the same night, Matt’s Gallery—the original commissioner of 20:50 back in 1987—was also launching its founding patrons and benefactors scheme for its new Nine Elms building over in the Earl’s Court home of the gallery patron Marcelle Joseph. This posed a big dilemma for Wilson, who was equally required as a mandatory presence at both events. In the event, the artist remained with his artwork on the South Bank and made a virtual appearance in Earl's Court in a short film shot on his i-Phone with Matt's Gallery director Robin Klassnik at the Hayward Gallery the day before. In a further act of disorientation the 2018 footage of the duo standing in the middle of 20:50’s lake of sump in the Hayward had been cut with an earlier image of them in exactly the same position in the first iteration of the work in Matt’s Gallery 31 years earlier. To make matters even more disorientating Klassnik was sporting exactly the same jumper in both on-screen incarnations, as well as at Tuesday’s event.

However, his on-screen appearance as well as the physical presence of the iconic Matt's Gallery artist Susan Hiller and her younger counterpart Joey Holder did the trick and attracted a slew of supporters. Now we just have to hope that Matt's will enact some very necessary space-messing amidst the sterile wastes of the newly-developed Vauxhall when the gallery moves there next year.