Will it be OK? Mexican artist spray paints giant message on gilded building in southeast England 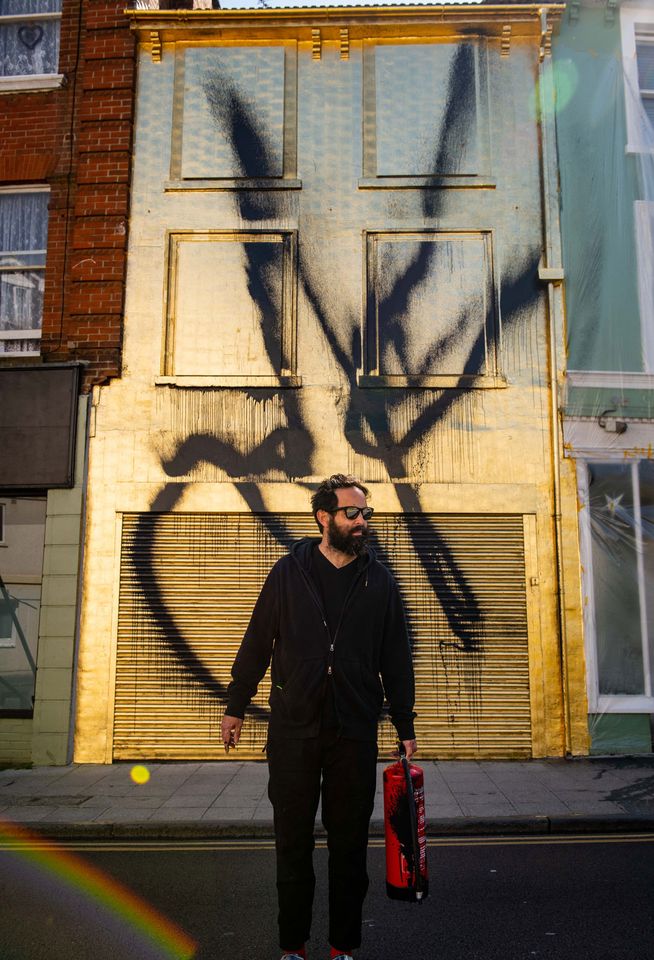 A three-storey building with its façade entirely covered in gold leaf and a giant “OK” scrawled across its pristine gilded surface in dribbling black spray paint is a conspicuous new addition the creative quarter of Folkestone, in southeast England. OK (Untitled Action) is a new public work by the Mexican artist Stefan Brüggemann, commissioned for the headquarters of the local not-for-profit arts organisation Hop Projects CT20. Brüggemann was originally supposed to make a work to coincide with the now postponed Folkestone Triennial in September, but with the arrival of the Covid-19 pandemic he chose instead to gild the Hop building in direct response to the current situation. “I thought, why don’t we do it now?” he says.

“Everybody was thinking about how to confront the idea of online virtual reality because of the lockdown, but I thought this was the best moment to challenge what a public intervention is, and to think of how to make a public sculpture under the rules of confinement,” Brüggemann says. This was achieved by teaming up with the construction industry, which has government permission to remain operational. Local building contractors were able to gild the outside of the Hop building while abiding by the strictures of lockdown and then everyone kept their distance as the final spray-painted “OK” was applied by the artist in one dramatic gesture with a high powered paint gun (a modified fire extinguisher) in a matter of seconds.

Brüggemann is internationally renowned for his often-ironic use of text and language in paintings, sculpture and installations, in which messages are left deliberately mixed. And his combination of gold and graffiti for Folkestone is no exception. “I wanted to create a contrast between the spiritual and the economical power of gold and this idea of sprayed writing, which is used for protest and demonstrations of discontent in society,” he says. (The way in which the building’s windows and doors are smothered in a suffocating film of gold could also be seen as a comment on the claustrophobic restrictions of lockdown.) 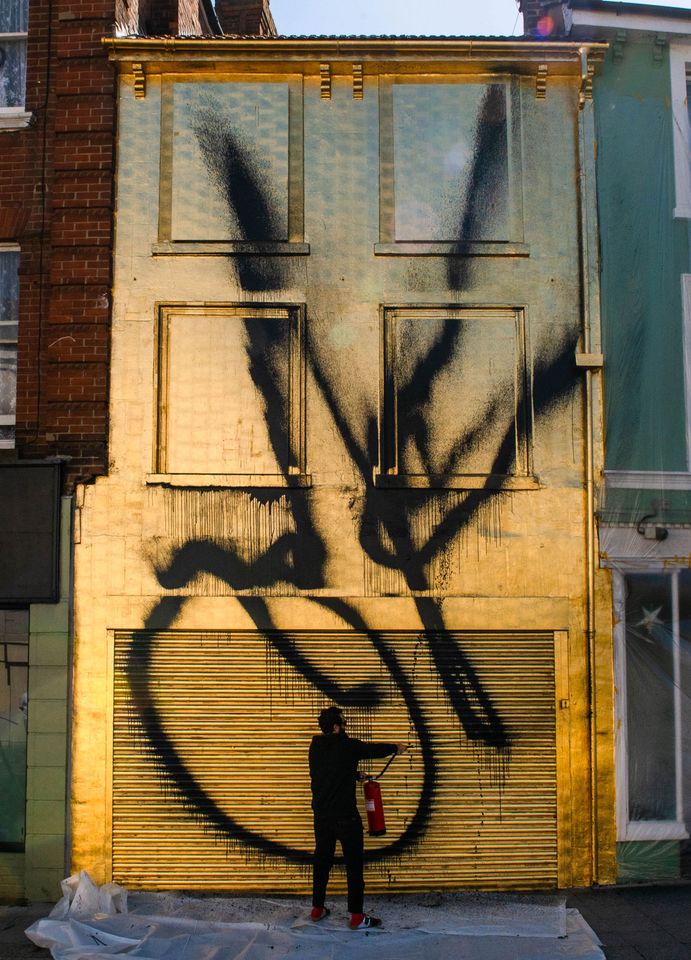 The choice of the word “OK”, when the current situation is anything but, further compounds the disjunction between message and medium. According to Brüggemann, his dribbling black statement with its starkly “emotional aspect” is open to multiple interpretations. “Sprayed messages are always about propaganda or complaining and I decided this word ‘OK’ reflects the moment we are living in, when we don’t have any solutions or answers and we’re learning in the process,” he says. “So ‘OK’ is about resignation, it’s about hope and it’s about just realising that it is what it is. It can be ironic, it can be optimistic, it can be negative. It makes you think and doubt what’s OK.”

Such uncertainty is especially appropriate given that the work will remain in situ for the next three years. As Brüggemann says, “I like this idea of temporality, that the piece will adapt to different situations and different contexts in the immediate future, just as the gold surface is sensitive to what is happening in front of it, to changes in the light and the way that people walking around it create shadows.” Let’s hope that over the next months—and years—OK (Untitled Action) will come to reflect more positive changes in the world that surrounds it.

Out of respect for Beirut, huge Hiroshima memorial work moved from Piccadilly Circus

Out of respect for Beirut, huge Hiroshima memorial work moved from Piccadilly Circus