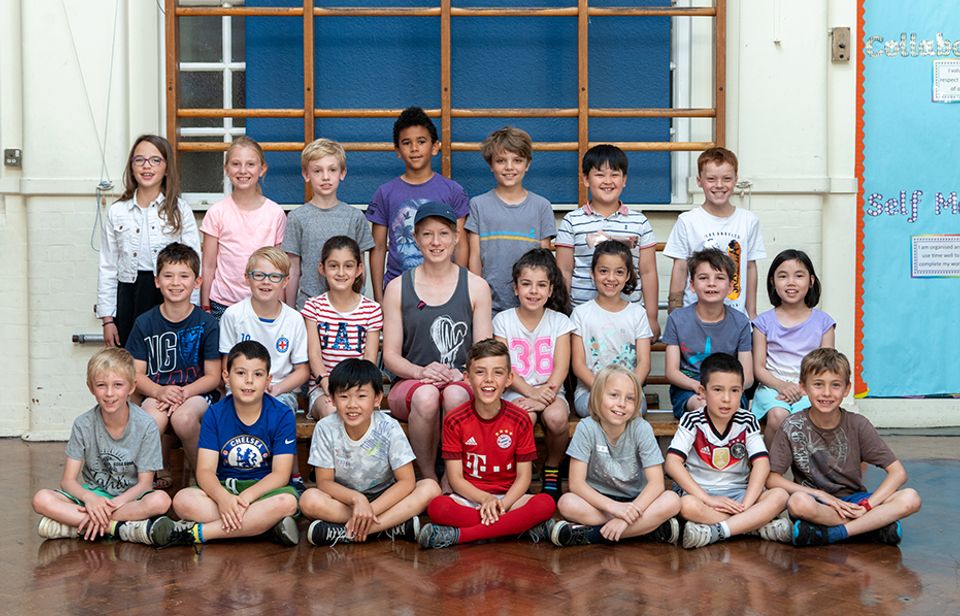 Although it has been in the pipeline for several years, Steve McQueen’s Year 3 couldn't have come at a more appropriate time. What better antidote to the divisive mess that is currently being wrought by the country’s politicians than this epic uplifting visual portrait of the multicultural present and future of its capital city? 3000-plus class photographs of more than 76,000 Year 3 pupils taken from more than two-thirds of London’s primary schools now line the walls of Tate Britain’s Duveen galleries. The seven and eight year olds come from state, independent, faith and specialist schools, as well as pupil referral units and those being home-educated. Stacked in gridded rows, 12 photos high, it is literally a snapshot of a generation.

From a distance the work forms a multicoloured patchwork of uniforms and school backgrounds all shot in the same format. Then closer up you are drawn into the glorious individuality of these seven and eight year olds—smiling, serious, alert, some neat, some scruffy, some pulling faces—all at a key moment in their development and with their futures ahead of them. McQueen hates the term diversity. In his words: “it’s about us, about who we are and our responsibility to look after each other.” Thanks to the public art commissioner Artangel, hundreds of these photographs are also on public billboards throughout London’s 33 boroughs until November 18th. 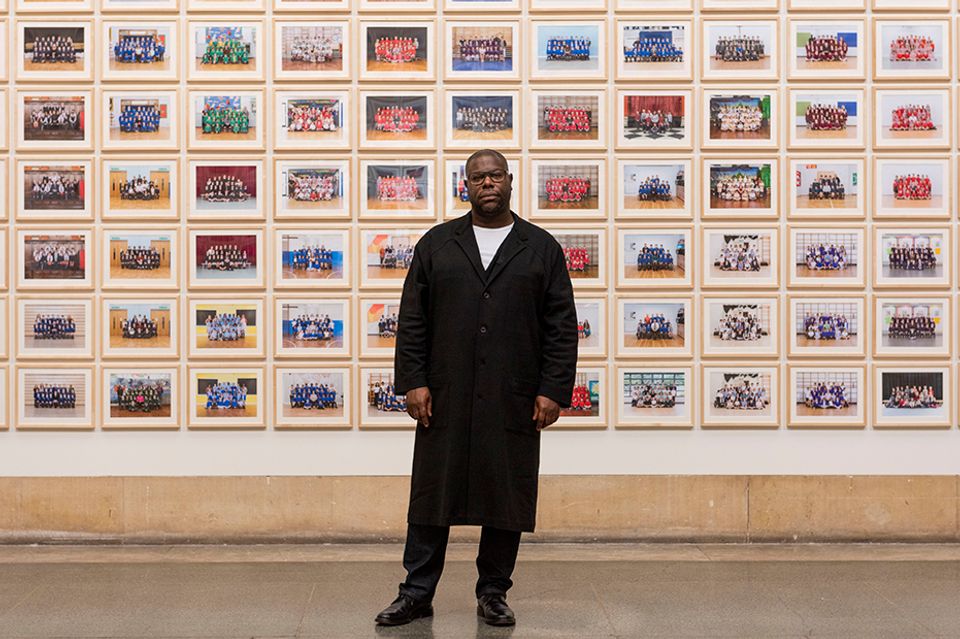 The next stage of Year 3 promises to be even more transformative for both Tate Britain and the children alike. All the participating classes are being given the chance to come and see their pictures in situ. This means bringing 600-plus children to Tate Britain every day for the next 20 weeks. For some, it might be their first time in an art gallery or even their first visit to central London. McQueen hopes that for each, in different ways, the experience will be an empowering endorsement of their potential and the power of creativity. “I remember going to the National Portrait Gallery and the only black people I saw there were the guards,” he said at yesterday’s opening. “Art school was my liberation, that was where I could achieve my goals and realise myself. That opportunity should be offered up to every single kid so they can go off in whatever direction they want.”

To prepare for this unprecedented youthful invasion, a mini city of portacabins and extra toilets now occupies Tate Britain’s car park and a special giant magnifying glass on wheels has been installed to view photographs on the top rows. Even the merchandise in the gift shop and the food on sale in the café are being adjusted to be more Year 3-friendly. “Affordable sandwiches, very important!” comments McQueen. I for one can’t wait to hear the Duveen galleries ringing with the sound of these new visitors, especially as on arrival they are all being encouraged to declare, with mounting volume, "I AM HERE , YOU ARE HERE, WE ARE HERE!"