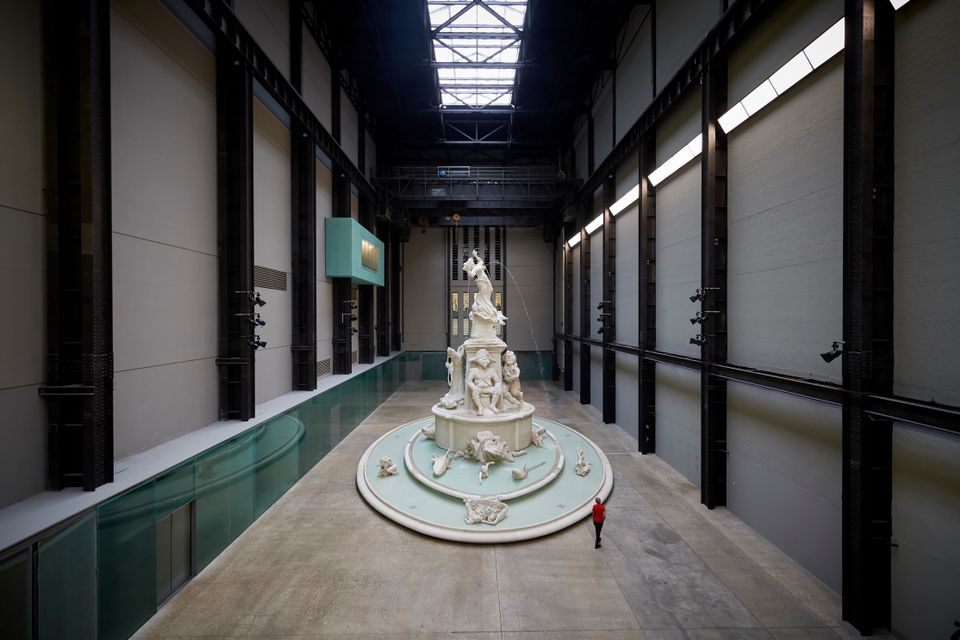 Visitors to London's Tate Modern are in for a treat once the Bankside gallery re-opens post-lockdown: Kara Walker’s amazing monumental fountain—entitled Fons Americanus—will still be on display in the Turbine Hall (the work was due to remain on show until 5 April but Tate’s four galleries all closed mid-March due to coronavirus).

“Its story of the invisibility and the erasure of black history in our monuments is so fantastically covered,” the Tate Modern's director Frances Morris told BBC Radio 4. Indeed, the work has proved to be one of the most popular commissions in the colossal space, drawing thousands of visitors who were encouraged to sit on the bench-like rim of the fountain.

Earlier this year a spokesman for the New York-based gallery Sikkema Jenkins & Co., which represents the artist, said that the watery piece will be dismantled, destroyed and recycled. Morris was at pains to point out that “Kara Walker conceived that piece for Tate Modern specifically [in that] space for a limited period of time, it was absolutely crucial it was made to specifications with materials that could be recycled.”

Walker took on the delicate subject of the British Empire’s legacy in her monumental 13m-high fountain, which was unveiled last October. “It speaks to history, and addresses the present—now,” Morris reiterates (we can’t wait to see it again tbh).