Storage wars in the Lower East Side 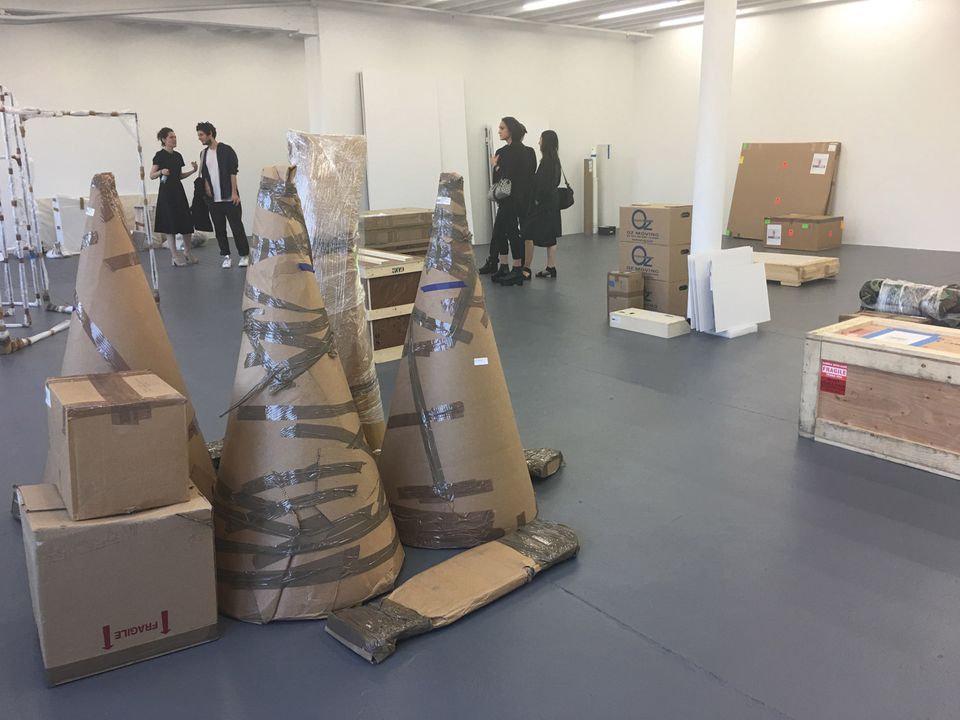 The conceptual artist Aaron Flint Jamison caused a stir last month when he decided that for his solo exhibition at Miguel Abreu Gallery he would show only works in the gallery’s storage, still taped, wrapped and crated. The hitch? These were not his own works, but other artists’ from the gallery—and it turns out not everyone was keen to have their unsold wares displayed. “There’s a lot of anger, though I don’t really see why,” Abreu said. About a quarter of the artists declined to participate, perhaps because they didn’t want to broadcast which works they hadn’t yet sold, or have their art reduced to mere trade objects, he speculated. Others resented being asked. “They said, ‘Why are you putting me in this position? I don’t want to be in a position where I have to decide whether I’m in or out, or where it’s revealed that I’m out or in,’” Abreu said. Coincidentally, around the corner, Essex Street Gallery was showing a strikingly similar but uncontroversial body of work: the bubble-wrapped wares were all done by the artist himself, Jef Geys.