Suffering from the blockbuster blues? Here are some top tips for beating the exhibition queues 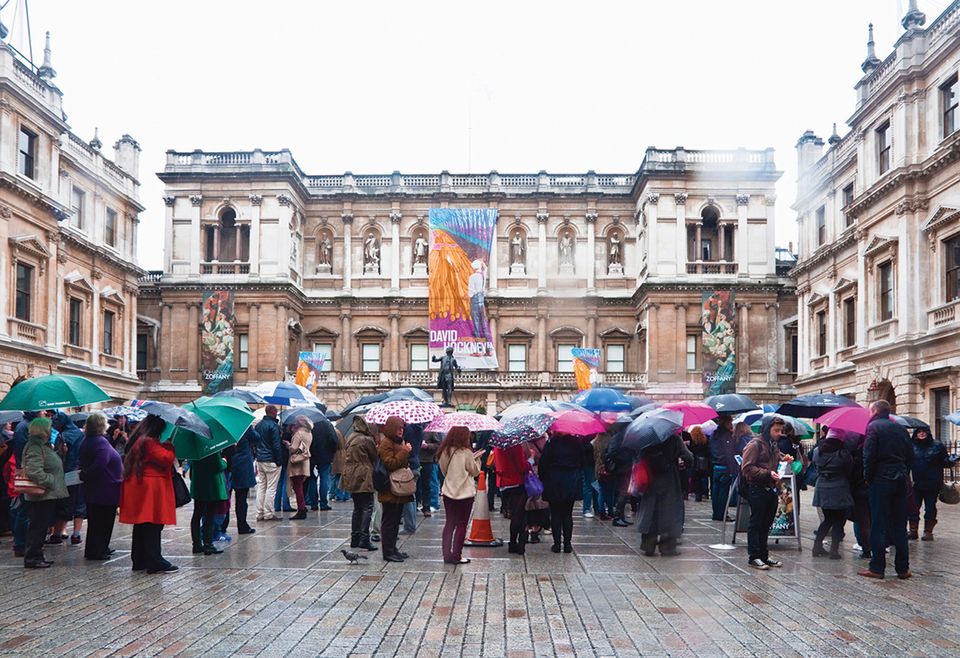 Queues generate hype and headlines. Trendy restaurants use them to entice diners, shops use them to sell you stuff, and for major blockbuster shows, they have become a badge of honour. For some, it is part of the appeal, a communal conga for the hottest ticket in town. But if you, like me, really cannot stand them, here are a few tips for avoiding or jumping the queues to see that blockbuster exhibition.

First stop, what do the museums say? “Exhibitions can be quieter first thing in the morning or late evening,” says Eleanor Appleby, the Tate’s head of visitor experience. A spokeswoman for the Royal Academy of Arts (RA) advises visiting “early in the week, during working hours”. A spokeswoman for the Victoria and Albert Museum (V&A) suggests: “When the museum opens at 10am.” Similarly, at New York’s Metropolitan Museum of Art, “Weekday mornings are the best time.” The one exception is the Guggenheim Bilbao, which recommends visiting after 2pm. (If only there was a simple explanation for what Spaniards get up to after lunch.)

“Take a cushion to feign pregnancy. Admittedly excludes half the population”

What if the tickets are sold out? “One of the best ways to beat the crowds is to become a Tate Member,” Appleby says. Tate members (£86 per year), like similar schemes at the RA (£138, with a guest), the V&A (£70), the Met ($100) and Guggenheim (€40) get unlimited free access, exclusive previews and invites to evening events. Although these too can get crowded.

But sometimes you’re too busy queuing for the latest trendy dim sum restaurant to remember to book ahead, or too skint to buy a year’s membership to see one show. So, we polled our team of arts journalists for some tips:

• “Enter the Met through the education entrance on street level, rather than wait in line for the main doors.” (Carry some exercise books under your arm to look suitably studenty.)

• “For New York’s Neue Galerie, go to the excellent café first, having anice Viennese coffee and cake, and then going into the show.” (This sounds too tasty, you may not want to actually see the show.)

• “With the Frick, sign up for one of its evening drawing programmes and you get admission to the museum, can hang out after hours in the galleries, and get free drawing materials.” (Do not get carried away and draw on the works inside the gallery.)

• “Pretend you’ve left your umbrella inside—works every time!” (It does not work in museums that ban umbrellas, nor does it work on sunny days, unless you are P Diddy, aka Sean Combs.)

• “Enter through the exit…” (If you get caught, you did not read it here.)

• “Take a cushion to feign pregnancy. Admittedly excludes half the population. I’ve never done that.” (I find it hard to believe the exculpation at the end.)

• “Sell your soul to a corporation; Deutsche, Barclays, etc usually have deals with museums that allow staff to visit a show before the museum opens.” (We will not be held responsible for your soul and its eternal damnation.)

• “Work for another museum; many have reciprocal arrangements.” (If you want to afford a house in London or New York, don’t work for a museum—try the sell-your-soul route above.)