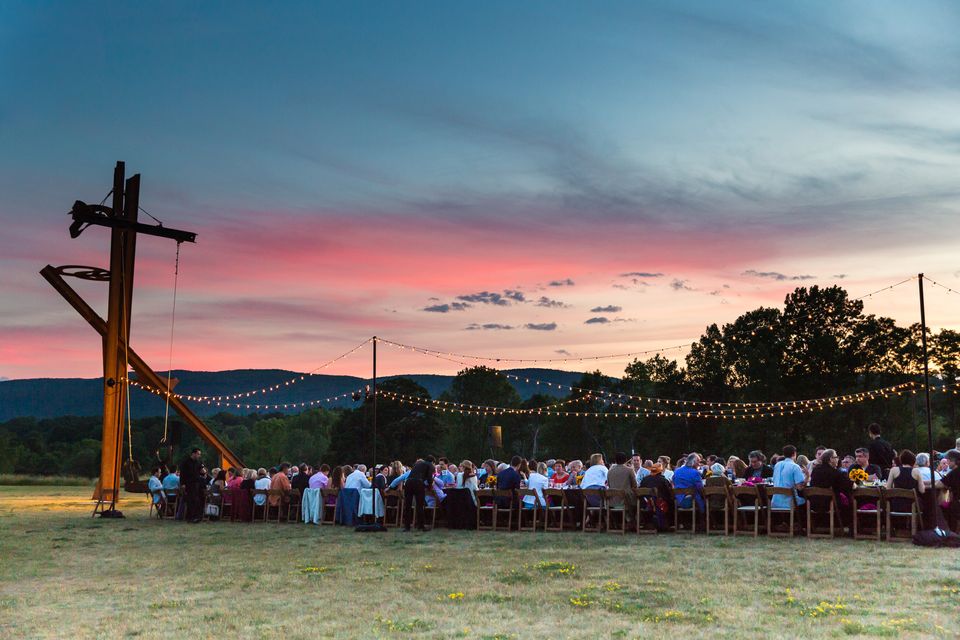 It is officially the middle of summer (don't look out the window...) and how better to spend the longest day of the year than by filling it with art and nature? The 500-acre outdoor museum Storm King Art Center in upstate New York is holding its 8th annual Summer Solstice celebration, which invites visitors to explore the current exhibitions by Mark Dion and Jean Shin and the more than 100 large-scale sculptures on the site, as well as see commissioned performances and experience a creative feast. The evening also includes a special performance by the activist orchestra The Dream Unfinished, who performed an activation of Allison Janae Hamilton's sculpture The peo-ple cried mer-cy in the storm (2018) at Storm King in 2018. All proceeds from the event go towards the Storm King’s future exhibitions and programmes.

Mark Dion's show Follies (until 11 November) includes 13 of his sculptural works, many of which are recreated to respond to the specific outdoor sites at the Storm King Art Center. The artist's architectural follies—compact, decorative structures that are intended to inspire meaning rather than be functional—have been an important part of this practice since the mid-1990s. "These works offer visitors a variety of viewing experiences: some are intended to be seen by peering through the windows or doors, while others can be entered, allowing the viewer to engage with the features of the work," according to a press statement.

For the 7th iteration of Storm King Art Center’s Outlooks commissions, the Brooklyn-based artist Jean Shin has responded to the museum's conservation project on the grounds. She has salvaged the wood from 24 old maple trees that have been cut down and replaced with black gum trees, which will apparently be better adapted to the local climate and conditions. She has used the wood to create a huge picnic table called Allée Gathering.