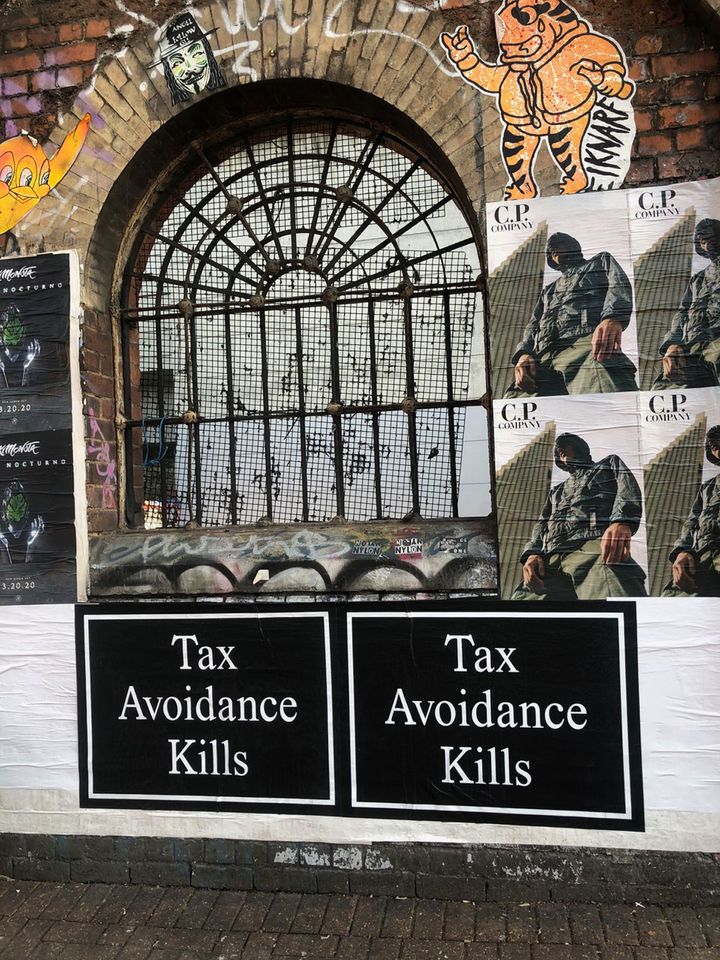 The spate of anonymous black and white posters currently flyposted around London that bluntly declare “Tax Avoidance Kills” are the latest response to the current coronavirus crisis by the British artist Jeremy Deller. “We now know what underfunding is and what it looks like in an emergency,” he told The Art Newspaper. Adding that this most public of statements is aimed at “the huge companies who are quite open about it and quite happy to do it and who appear to have no ethical stand or moral position on it.”

The stark texts have been made in collaboration with Flyingleaps, a company that aims to show artists’ work on street poster sites “to make unexpected thought-provoking contributions to the urban spectacle,” according to its website. Flyingleaps was also responsible for two of Deller’s earlier eye-catching flyposting campaigns: Strong and Stable, My Arse, his trenchant 2017 response to former-prime minister Theresa May’s Brexit mantra and last year’s Every age (has its own fascism), an appropriation of Primo Levi’s famed statement.

Last week Deller’s limited-edition print Thank God For Immigrants made with Fraser Muggeridge studio to raise funds for The Trussell Trust and Refugee Action sold out within hours; and in the future he and Flyingleaps hope to support more charities with a similar fundraising edition of Tax Avoidance Kills. But right now the work only exists on the streets - and on Deller’s Instagram: “let’s have a debate,’ he says.