And so farewell to the magnificent Professor Lisa Jardine, whose intellectual brilliance, communicative skills and emotional empathy touched the lives of so many—as was amply confirmed at her packed Senate House send-off last night.

Academic heavyweights from the many arms of the University of London as well as universities from across Europe and the US lined up to eulogise the life and work of their former colleague, mentor and teacher. The audience reflected the formidable span of this polymath powerhouse who was fluent in eight languages and equally comfortable—and eminent—in both the worlds of science and humanities. The artists Antony Gormley and Vicken Parsons; the Royal Academy’s Tim Marlow and Charles Saumarez Smith; and the BBC presenter Francine Stock were just a few of Jardine’s art-leaning fans in attendance, with Marlow revealing that the famously flamboyant Prof’s christening present for his young son was a pair of red converse trainers. 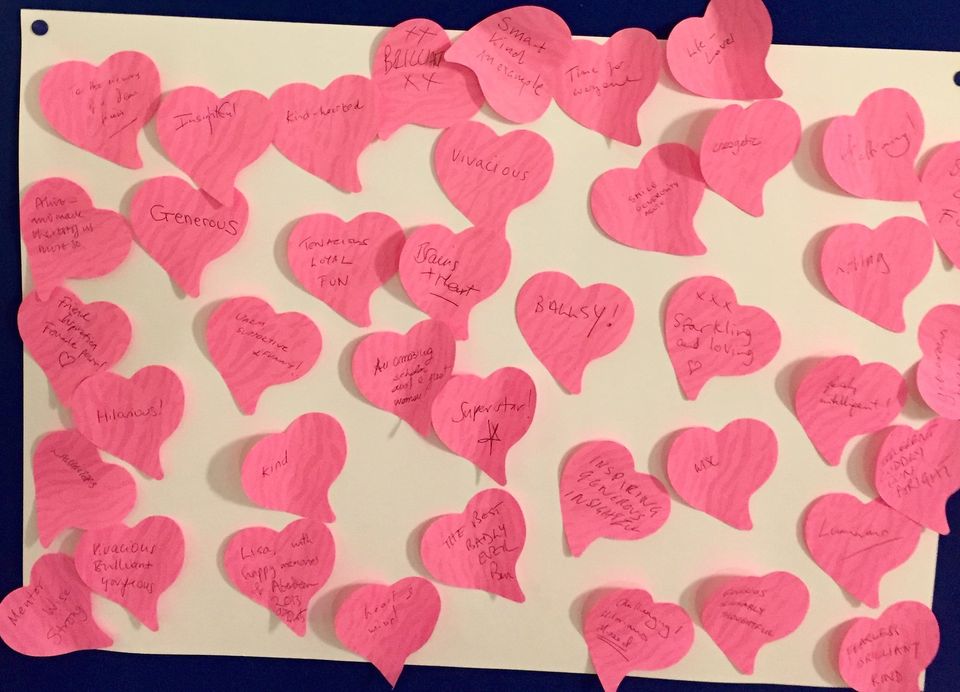 A word cloud for Lisa: words that best described Lisa Jardine, left by guests at her Senate House send-off

“If rules didn't suit her, she changed them,” declared Leiden University’s Nadine Akkerman, adding that “colour for Lisa was a necessity.” Jacqueline Rose, the Professor of Humanities at Birkbeck, remembered that the very presence of her mentor “sang the paint off the walls” and fondly recalled how Jardine, a mother of three, “lifted the weight of the institution to give me space and time” when Rose told her she was expecting a baby. But the most moving account was from Jardine’s husband of 35 years, the architect John Hare, who spoke of Jardine’s joy at being able to see her grandson Zack who was born just a few days before her death. He also raised an affectionate laugh from the crowd when he revealed that his wife was “always a little worried about how the world would get on without her”. Not so well, is the answer.