The Buck Stopped Here: everything is rosy in the Royal Academy garden but it looks like it could be a nuclear summer

Everything was blooming at the opening of the Royal Academy’s Painting the Modern Garden: Monet to Matisse (30 January-20 April) show. The general consensus was that it was very thoughtful of the denizens of Burlington House to provide a glimmer of floral optimism as the remnants of Storm Jonas delivered the bleakest of bleak midwinter evenings. There were also some smiles at the wall text in the first gallery quoting the anarchist writer Octave Mirbeau’s—ahem—earthy declaration to Claude Monet that “I love compost like one loves a woman”. Eminent onlooker Professor Lisa Tickner commented that this was “spoken like a true gardener!”

After the RA President Christopher Le Brun’s welcome speech—which was rather perversely delivered in the room devoted to “Gardens of Silence”—everyone piled downstairs to prosecco, oysters and general merriment in The Keeper’s House restaurant. The sculptor and Royal Academician Richard Wilson was especially full of cheer, confiding not only that he has a major debut show with Annely Juda Fine Art coming in early 2017 but also that he is to be the coordinator of this year’s RA Summer Exhibition. And thus will be responsible for selecting several rooms and the overall look of the show. 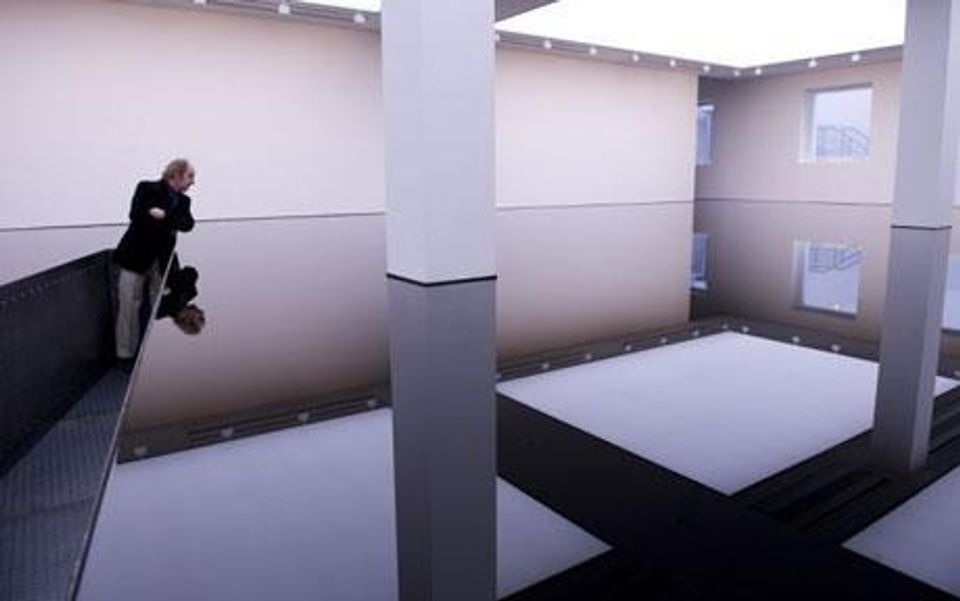 Richard Wilson's 20:50 work at the Saatchi Gallery in London

Perhaps not surprisingly for the man who has filled rooms with sump oil, caused chunks of buildings to rotate and dangled a solidified airplane slipstream in Heathrow Airport’s Terminal 2, the genially subversive Wilson is also planning to mix things up somewhat at the RA’s revered annual crowd-pleaser. He’s already put the word out for an exhibition devoted to artist duos, past and present. “We’ve sent requests to 26 pairs. From Fischli & Weiss and Gilbert & George to the Chapmans, so much of what is made now comes out of collaboration.” Wilson has also earmarked a number of rooms devoted to single artists, including the Turkish filmmaker Kutluğ Ataman and the Japanese artist Fumiaki Aono, who has never been shown before in the UK. According to Wilson, Aono’s work  “heals, fixes, and reshapes” damaged objects and has recently included working with debris gathered from the Fukushima nuclear disaster zone, which is likely to be included in the RA exhibition. “I’m planning on introducing some strong elements dealing with wreckage, destruction and detritus,” Wilson says. The artist also intends that exhibition visitors will be greeted by photographs of the remains of the Chernobyl nuclear plant, taken by the former Turner Prize-nominated twins Jane and Louise Wilson. So best enjoy the RA’s pretty flowers while you can: it looks like a nuclear summer is on the horizon…