The Buck Stopped Here: the British Empire strikes back, unravelling the Celtic enigma, plus Gavin Turk and Akram Khan

Although we all think we have a handle on Celtishness, who the Celts really were and what is intrinsically Celtic is apparently a moveable feast. No one really knows the origin of the word that the Greeks used broadly to describe the peoples from the north; as outgoing British Museum director Neil MacGregor declares, “Celtic is a cultural construct that has changed its meaning many times.” But no matter. If you can ignore the maddening moody music drifting through the galleries, this gathering of stunning—if often enigmatic—artefacts both complicates and enriches the shifting meaning of what it meant, and still means, to be Celtic over two-and-a-half millennia. 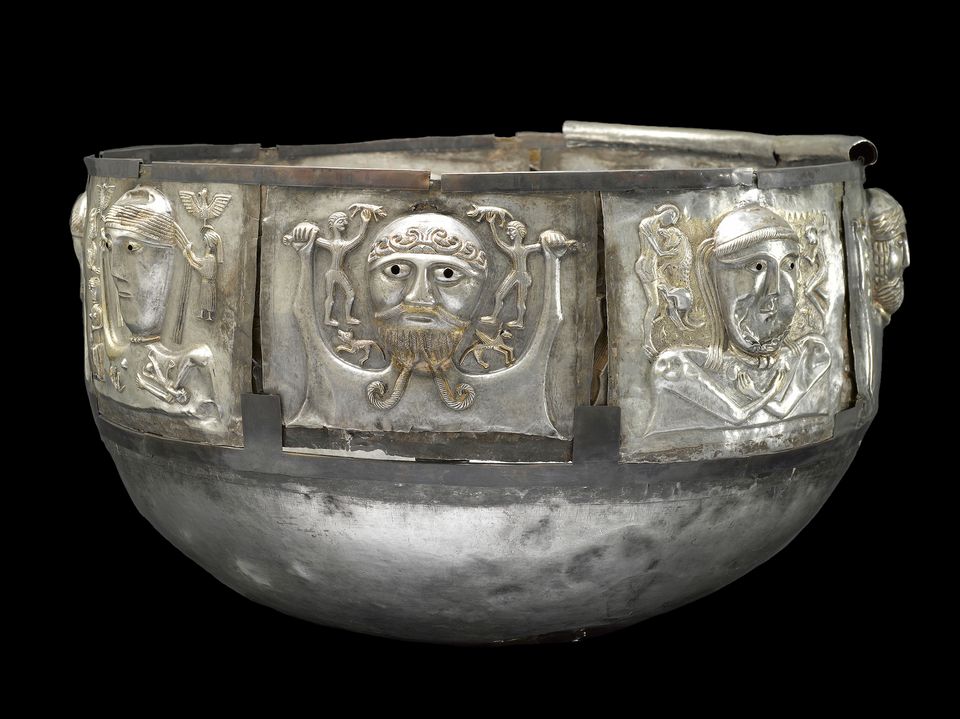 There are fine examples of the more familiar, stereotypically Celtic pin brooches, intricately carved stone crosses and elaborately patterned manuscripts on show, drawing on a variety of sources from Anglo Saxon, Irish and Viking. But centuries before we see that, throughout central and northern Europe, a technically sophisticated and organically curvaceous art style had already developed, reflecting different ways of viewing the world and whose meanings are now lost to us. From Battersea to Bohemia, from the late Iron Age onwards, sophisticated and elaborate jewellery, weaponry and vessels reveal a degree of sophistication and a uniquely vivacious ability to stylise and synthesise the lively trade and cultural exchanges between the people of the north and throughout the Mediterranean and beyond. The curators even admit that the exhibition’s showstopper, the magnificent silver Gundestrup cauldron, seething inside and out with mysterious deities, which was discovered in a Danish bog and is now having its first UK showing, may not even be Celtic at all. But go and see it anyway. 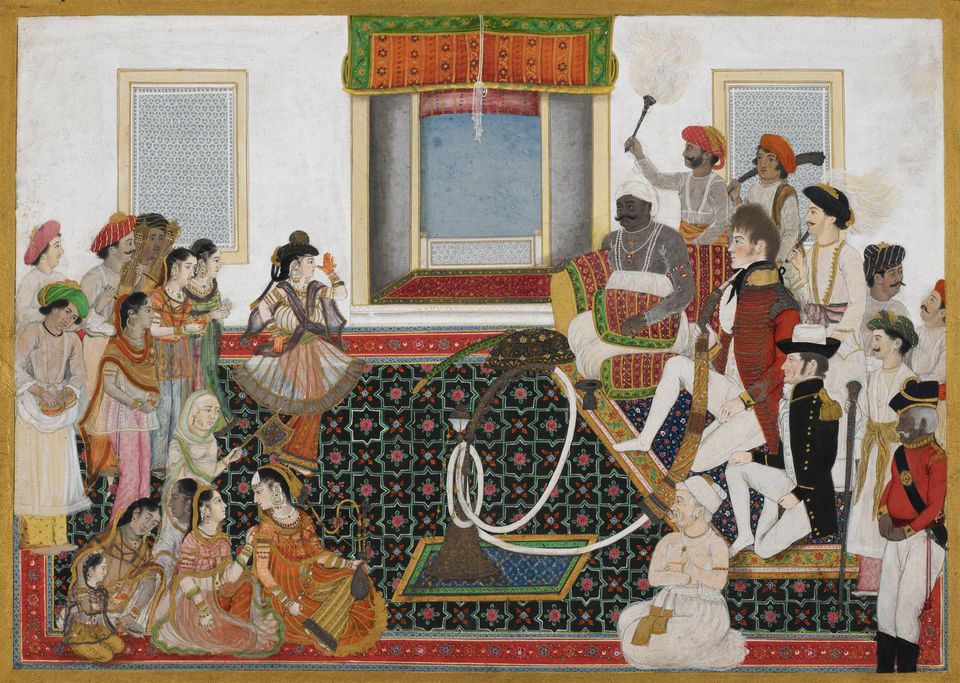 I approached this show with some trepidation, expecting the enduringly hot potato of British Imperialism either to be doused with dry academicism or hand-wringing worthiness. But instead this complex, captivating and refreshingly ambiguous exhibition refuses to adopt a single stance as it twists, turns and throws up a host of remarkable treasures while exploring Empire and its legacy from the 16th century to the 21st. Most crucially, the impact of Empire is examined from the perspective of the ruled as well as the rulers. Combining the views of the colonisers with those of the colonised means that all those hubristic Victorian celebrations of imperial military triumphs and depictions of exotic natives can be offset by views of the colonial experience from those on its receiving end, whether via African sculpture (there’s a wonderful Yoruba carving of the future Edward VIII), Indian miniatures, Ghanaian Asafo flags, native Canadian artefacts and a multitude of other cultural forms, normally hidden away in museums of anthropology.

Serious—and sometimes searing—subject matter is spliced with moments of levity. An entire room devoted to “power dressing” presents British grandees often hilariously kitted out in local costume, while colonised individuals are seen variously to adopt, adapt or resist Western clothing. The tables are turned in contemporary artist Andrew Gilbert’s tableau from an imaginary African museum on colonised Europeans, in which a group of life-sized British soldiers mince across a gallery resplendent in military red coats, African masks and kinky boots. On a neighbouring wall glowers Edward Armitage’s vast and Victorian painting ‘Retribution’ (1858) in which a strapping sword-wielding Britannia is about to plunge her avenging sword into the tiger of Indian rebellion—a scene that, despite its grim subject matter, now seems equally absurd. 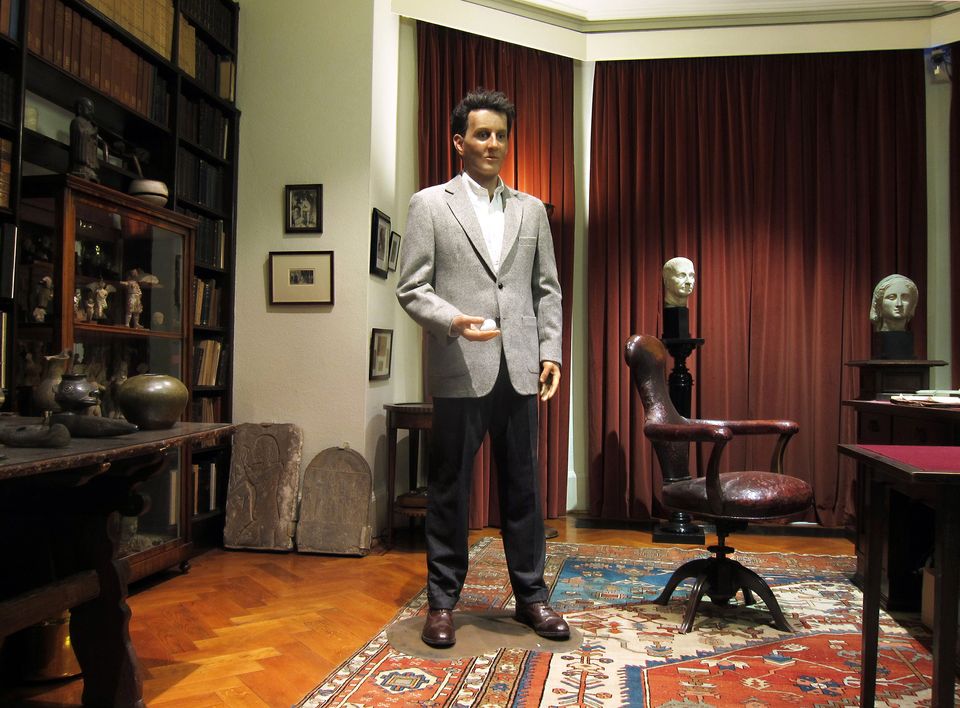 Over the past few years it has been the Freud Museum’s policy to invite key contemporary artists to make and show work in response to the house where Sigmund Freud lived for the last year of his life when he came to London in 1938 to escape the Nazi annexation of Austria. Gavin Turk wryly debunks this shrine to psychoanalysis with a series of gently provocative interventions that play with—and off—the legacy of the great man.

Into the sanctum of the study he has ins erted a life-size mannequin of Ludwig Wittgenstein, in which the philosopher and Freud detractor mysteriously contemplates a Magrittian egg, while above the patient’s couch he has installed a large photograph of swirling ectoplasmic cigar smoke, which recalls both Freud’s famously heavy cigar habit as well as our (Freudian) tendency to free-associate.

Throughout this thought-provoking show, with gentle irreverence and in an inventive range of forms, Turk repeatedly questions this lovingly preserved shrine to Freudian theories, as well as the beliefs themselves. Lit up in neon on an upstairs landing—and shining out like a beacon to the street outside—are the words ‘ego’, ‘id’ and ‘superego’: the three components of the Freudian psyche. Meanwhile, in ironic response to Freud’s famous desk, laden with his much-mythologised collection of antique figurines, Turk has arranged his own desk from his studio, laden with his personal collection of small works of art and cherished objects from his personal and creative life. All of which adds more memories and imaginings to this uncanny house of dreams. 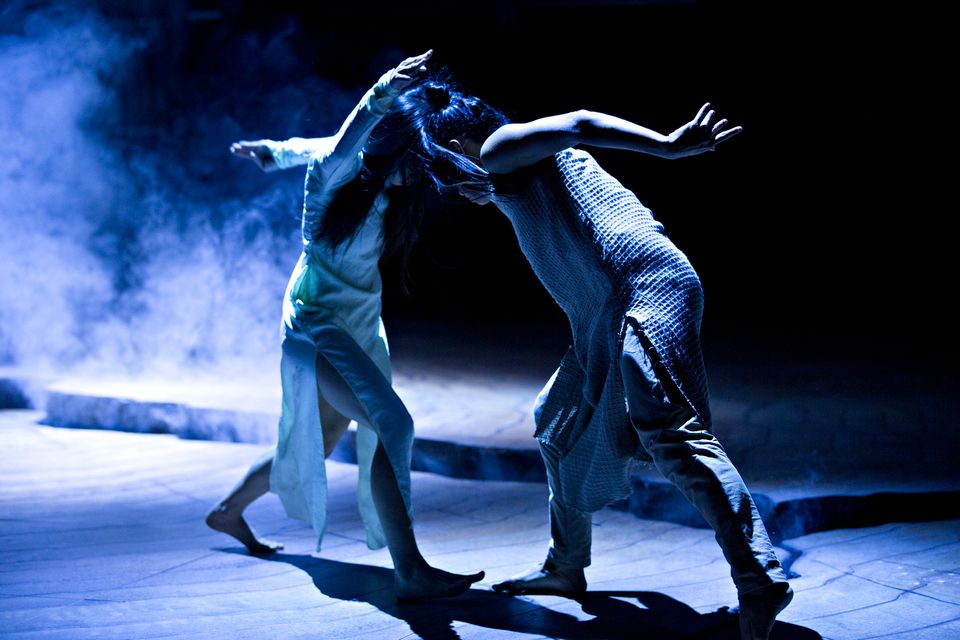 Akram Khan: Until the Lions, Roundhouse (until 24 January)

Akram Khan’s Roundhouse debut is based on an episode from the ancient Sanskrit poem Mahabharata, in which a princess is snatched from her betrothal ceremony by a malevolent, celibate prince but wreaks her revenge by killing herself and assuming the form of a male warrior who vanquishes the abductor in battle. Khan condenses the intricate plot in to a single—if at times impenetrable—interval-free hour. But even if you do lose the thread, it’s impossible not to be enthralled by the extraordinary choreography, sound and design (the latter courtesy of Crouching Tiger’s Tim Yip) of this epic elemental saga of love, death, vengeance and the mutability of gender. The cavernous Roundhouse is an ideal setting for the stunning shape-shifting sequences of the three dancers (including Khan), which explode across the psychological spectrum, played out on a stage that is a giant circular slice of tree trunk that takes on a breathing, cracking, flaming life of its own.