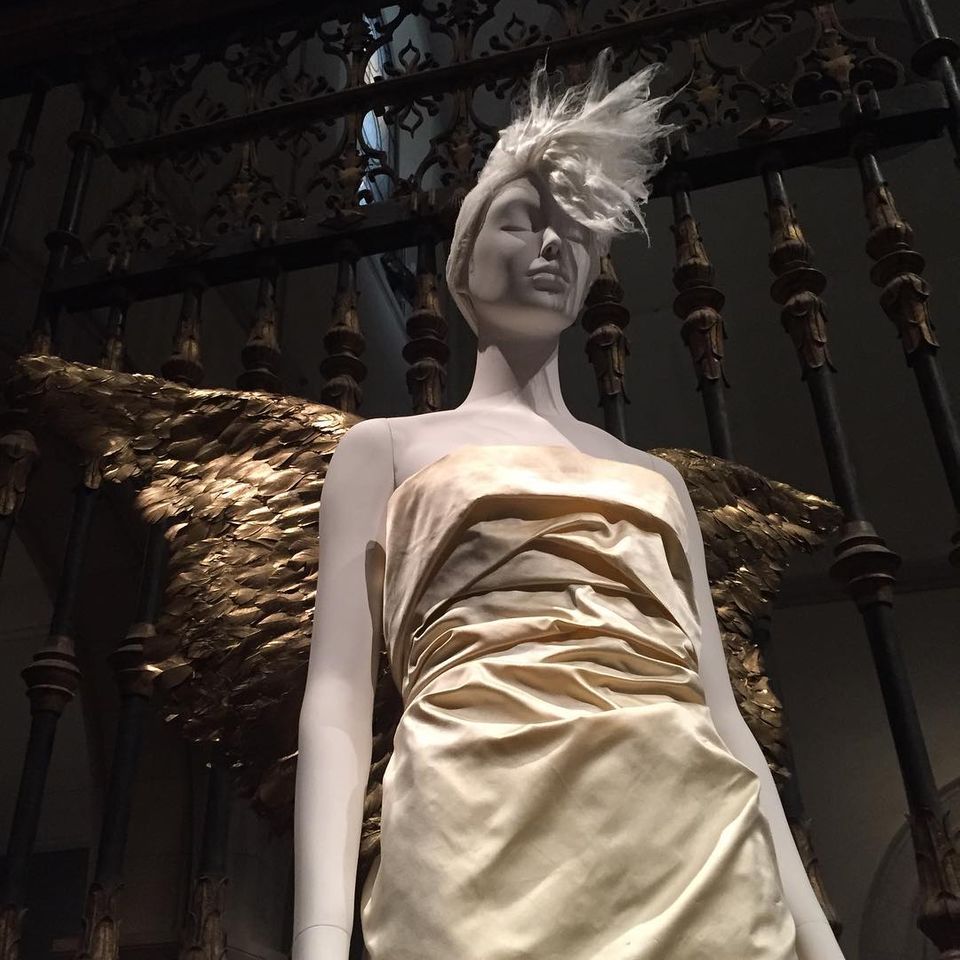 An installation view from Heavenly Bodies: Fashion and the Catholic Imagination at the Metropolitan Museum of Art The Art Newspaper

Heaven knows fashion designers are no strangers to pontification. Pomposity goes with the territory. But paradigmatic shifts in our culture generally come out of irreverence, not piety.

Yet sanctimony is what we get in Heavenly Bodies: Fashion and the Catholic Imagination (until 8 October), this spring’s questionable exhibition from the Metropolitan Museum of Art’s Costume Institute. At a preview before the 10 May opening, the show even received the blessing of Cardinal Timothy Dolan, the archbishop of New York, who extolled the “Catholic imagination”, whatever that is, over the ingenuity of the designers.

A sense of fealty to Church propaganda overwhelms the whole presentation, which has nothing to do with actual spirituality or belief in anything but material value. It includes rare loans of luxe papal vestments and accessories from the Vatican that only underscore the point. Yet these tapestried robes and monarchic miters, relegated to unadorned basement rooms of the Anna Wintour Costume Center, look almost dull compared to the often dazzling, occasionally immodest and sometimes gaudy gowns, capes, coats, dresses and black-on-black clerical garb by Galliano, McQueen, Versace et al, in the main body of the show upstairs.

Remember power shoulders? They’re back! Only here they are the silvery, bejewelled or diaphanous wings of human angels poised for a devil of a time. Wings—and cruciform patterns—are everywhere.

This is an exhibition desperate for a halo.

The Costume Institute's curator Andrew Bolton claims that because many designers grew up in Catholic countries, it was the Church that inspired them. No doubt there is some truth to that, but remember: when designers turned papal robes and priestly frocks into evening wear, it was mostly to subvert the source, not to respect it.

Part of the problem is the theatrical installation designed by architects Diller, Scofidio + Renfro within the Met’s Gothic, Byzantine and Lehman collections. (More of the same is at the Cloisters.) Saint-adjacent, coiffed mannequins are lit in the beatific glow of an epiphany, when they’re really glorifying wealth. If the fashions are mostly elaborate and enthralling, their magnificence diminishes nearby religious artefacts, which are barely lit at all. Do we really want to see clothes that cost as much as a Mercedes treated as sacred objects?

There is something creepy in the spectacle of a secular, public institution exploiting the fantasies of high fashion to celebrate the wealth and power of a white, Christian, patriarchal institution with a long and well-documented history of abusing that power. But what institution today hasn’t done the same? It’s depressing to see the Met get into the act.