Sadiq Khan gathered the great and good from all branches of the London’s culture sector at a City Hall reception last night (18 May)—less than a fortnight after being sworn in as the capital’s new mayor—where he declared “culture is the DNA of the city, it is the glue that binds us together” and pledged that “right from the start, supporting the arts and creative industries will be a core priority for my administration, right up there with housing, the environment and security as one of the big themes that I want to define my time as mayor.”

In a rousing and often humorous speech—which he had opened by declaring “now I’m with the beautiful people”—the mayor went on to inform the likes of the Tate’s Nicholas Serota and Frances Morris, the South London Gallery director Margot Heller, the curator Norman Rosenthal, the artist Anish Kapoor, Frieze’s Matthew Slotover and the Southbank Centre director Jude Kelly, of his “long term plan for our cultural infrastructure: from our cinemas to skate parks, heritage sites to grass roots music venues, fashion to festivals.”

Elements of Mr Khan’s “new benchmark in pro-culture planning” will include special dedicated “Creative Enterprise Zones” where “culture is given extra support to flourish”; special protection for “our vital grassroots music venues”; a new London Borough of Culture competition, run along the lines of the European Capital of Culture, and a “Love London campaign” directed at the capital’s culture. The mayor also announced the appointment of a “Night Tsar”—adding amidst laughter that they had decided not to give the appointee the title of “Night-mayor”. 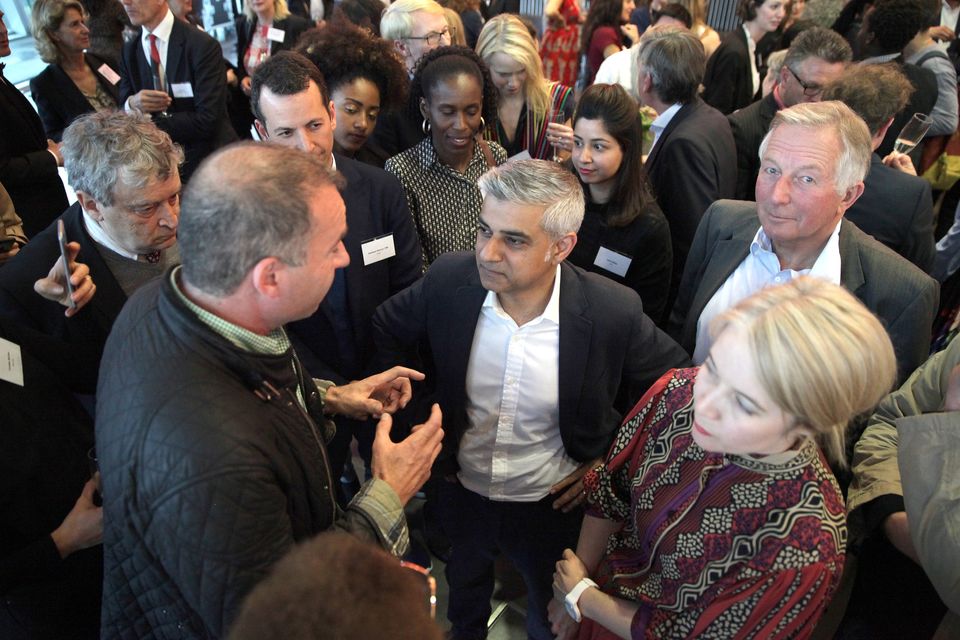 All in all, in one speech Mr Khan has engaged more with the capital’s culture in the first few days of his office than Boris Johnson did in the eight years of his two terms. And there was rapturous applause when, on the night of the UEFA Europa League final between Sevilla and Liverpool, the mayor rounded off by stating: “I want this to be the beginning of a good, good relationship—look I’ve given up watching the football to be with you this evening!” Sacrifice indeed, although Liverpool suffered a 3-1 defeat.