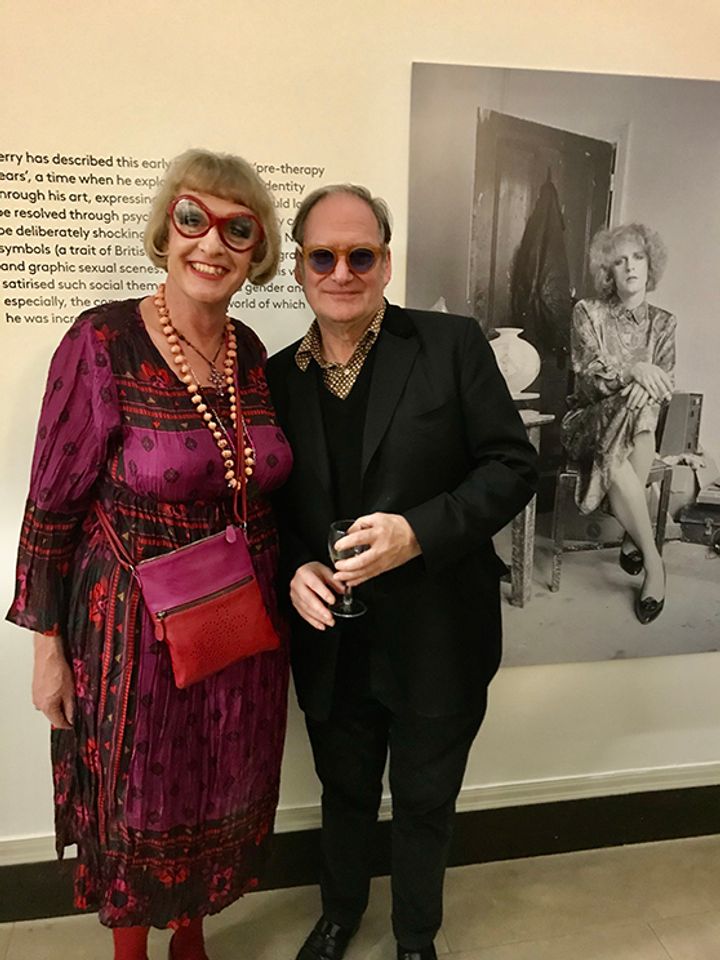 Recently, this notable behind-the-scenes operator has been revisiting his earliest dealings with Perry in an exhibition devoted to the potter’s Pre-Therapy Years. The show, which opened last month at the Holburne Museum in Bath, includes a number of works from the time the two worked together between 1984-90.

Birch has also been journeying even further back down memory lane with a simultaneous show that he has curated at the Redfern Gallery on London ’s Cork Street. THEM shines a significant new light on an often overlooked period of the mid-1970s—a time which coincided with his first forays into the wilder shores of the art world. Together, these two key shows straddle a slice of cultural history that still has strong reverberations today.

Birch clearly remembers the summer evening in 1974 when his sixteen year old self was invited to a party on the roof garden of Biba, the legendary 1970s department store on Kensington High Street. It proved to be a damascene moment where he remembers being “stunned by this fabulous crowd" and thinking "this is what I want, this is life!”

Among the extravagantly-garbed partygoers was the flamboyant artist Andrew Logan, whose giant fibreglass flower sculptures were part of the roof garden’s exotic décor. Fast forward to early 2020 and one of Logan’s enormous orchids now presides over THEM. The exhibition pays homage to Logan and four of his artist contemporaries and Biba regulars—Kevin Whitney, Duggie Fields and the late Luciana Martinez and Derek Jarman.

This quintet perfectly personified the flurry of stylish and often fabulously kitsch post-pop glamour that preceded the gritty snarl of punk. The title comes from a 1976 article in Harpers & Queen (now Harper's Bazaar) in which the social commentator Peter York identified Them as a clique of high-camp art school aesthetes who were “excessively literate in the language of style” whilst also being the “cognoscenti of trash” and “aficionados of sleaze”.

All the above characteristics are in abundant evidence at the Redfern Gallery. Whether in a memorable photograph by Johnny Dewe Mathews of a dragged-up Derek Jarman, resplendent in pantyhose and legs akimbo, conversing with a languid Logan who is swathed in billowing silk, or in the cocktail of retro-references in Duggie Fields’ sharp-edged angular nudes striking poses in suburban interiors. Muse to them all was the late Luciana Martinez who repeatedly appears in Kevin Whitney’s vivid photorealist portrayals of the 1970s demi-monde as well as in Andrew Logan’s glittering broken mirror sculpture. She also features in Derek Jarman’s cult punk film Jubilee (1978), lashed to a stake by strands of barbed wire. But Martinez was also no slouch at the other end of the paintbrush as her own elegantly louche portraits on the walls of the Redfern confirm. 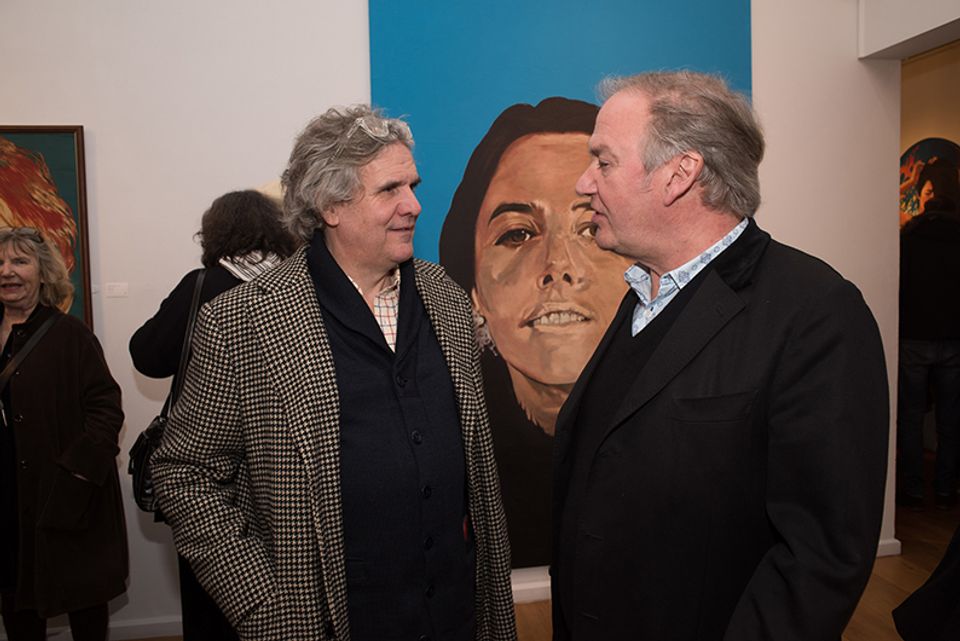 A key gathering point for the many modes of Them was the Alternative Miss World, Andrew Logan’s extravagant pansexual pageant. Founded in 1972, Logan would simultaneously host/ hostess, dressed in half male, half female garb and was assisted for many years by Martinez as his "scintillating secretary". Derek Jarman took the crown as Miss Crepe Suzette in 1975 while James Birch, having by then thoroughly integrated himself into the scene, sashayed down the catwalk in 1978 in a cheeseburger costume as Miss Consumer Product.

Martinez and Jarman are sadly no longer with us, but the Alternative Miss World continues to this day, with the surviving members of Them still in evidence and Logan an enduring hermaphrodite master/mistress of ceremonies. James Birch remains a stalwart attendee and his early protégé Grayson Perry is also another prominent AMW participant. In 2018, Perry was Logan’s high profile co-presenter and competition judge, but his very first appearance was as a contestant in the AMW’s water-themed 1985 incarnation where he assumed the role of a fetishistic fisherman, dangling his then-girlfriend Jennifer Binnie from a fishing rod. This debut took place the year after Perry’s first solo exhibition at James Birch’s gallery on the New King’s Road, when the impoverished artist was still living in a squat in Camden and making his pots in adult education evening classes.

The Holburne Museum's opening offered a grand reunion of Birch and Perry and these early evening class works, with Perry declaring himself delighted “to re-acquaint myself with the younger me.” It also marked an overlapping of Birch’s early milieus with many of Perry’s early fans—including Andrew Logan’s sister Janet—having also attended the unveiling of Them at the Redfern the night before. (“Yesterday it was Them, now it’s Us”, was the comment of one wag.)

Rough, rude and subversive, the assembled output from Perry’s Pre-Therapy Years revealed the younger, angrier Perry to be making, in his own words, “crude vessels covered in crude drawings of crude acts.” But while they may be less technically accomplished than his later pots these wonky pieces bristle with a powerful punkish energy. Assembled for the first time en-masse they also confirm that most of his main themes—kinky sex, powerful motorbikes, his teddy bear Alan Measles, his home county of Essex, along with coruscating critiques of taste, wealth and the art world—were firmly in place right from the outset.

A declaration of interest: one of these exhibits is a very rude plate made for your correspondent in 1985 and titled The Face of A Man is My Rightful Throne.

In acknowledgement of the passing decades, the 2020 post-therapy Perry, who turns 60 this year, had decided to deck out his transvestite alter-ego Claire in “post-menopausal mode.” Yet wearing a more conservative floaty dress and beads didn't prevent him from channeling the provocative spirit of his youth, as he cried to the private view crowd, “if you are offended by the works, well done!” However the mood was far too celebratory for any such response from either Them or Us.