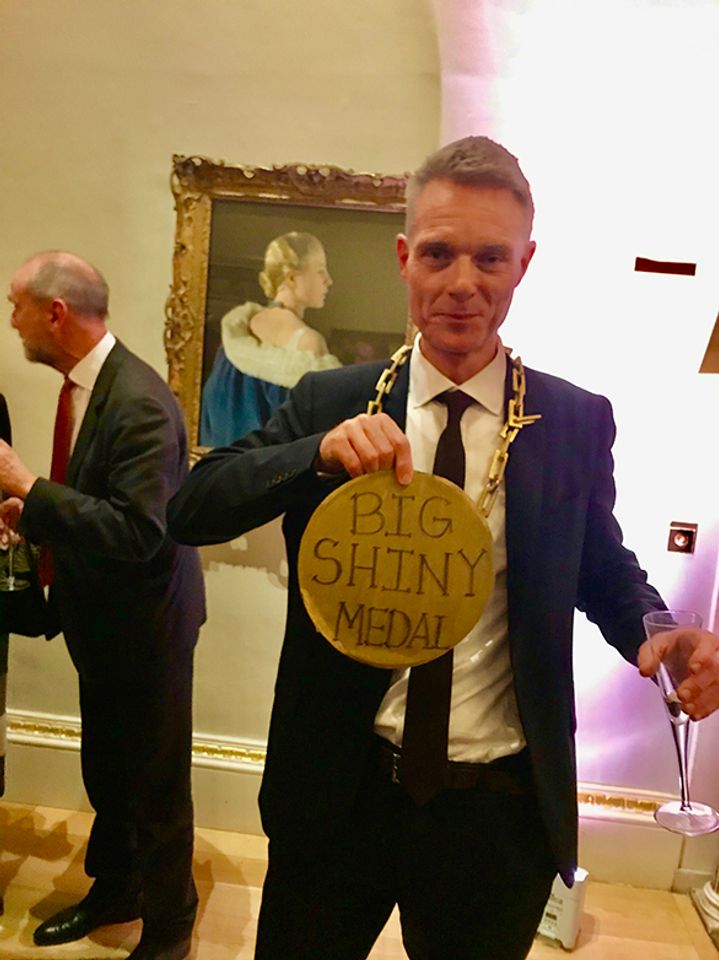 'Leave your medals at home' was the dress code for Tim Marlow’s farewell party on Monday, marking his departure from London's Royal Academy of Arts (RA) after 6 years as its artistic director. He will take up the post of the chief executive of Design Museum in London next year. There was therefore no regalia on display among the many Royal Academicians who packed out the throng, including Antony Gormley, Cornelia Parker, Richard Wilson, Humphrey Ocean and Rose Wylie. Even the RA’s new president Rebecca Salter, who is entitled to an especially elaborate set of chains and medallions, duly left hers at home. But while he insisted that he had had no part in the stricture, it nonetheless allowed for much ribbing around the perennially dapper Marlow’s famous—and self confessed—"medal envy" of the gongs bestowed to each Royal Academician and worn by them on official occasions.

In his speech the RA’s former keeper Christopher Le Brun referred to Marlow’s “unnatural interest in my medallions”. Likewise, the RA’s former chair Evan Mervyn Davies also picked up the theme by revealing that, when in a meeting with a medalled-up LeBrun and a potential RA patron, Marlow had mischievously (and erroneously) informed the wide eyed donor-to-be that the part of Le Brun’s regalia had originally issued from Prince Albert’s genital jewelry collection.

However, Marlow had the last self-deprecating laugh when he became the only decorated person present by donning a large gold-sprayed cardboard disc bearing the legend, "BIG SHINY MEDAL" to give his farewell speech. Ever collegiate, its verso was decorated with photographs of Marlow, Salter, Le Brun and the former RA chief executive Charles Samaurez-Smith, arranged like members of a rock n’ roll band. It is a healthy state in which Marlow & co. leave the refurbished and renovated RA. There has been an illustrious track record of exhibitions ranging from Ai Weiwei, Phyllida Barlow, Lucian Freud and Tacita Dean to the Renaissance Nude and the collections of Charles I and in 2020 five out of the RA’s nine shows will be devoted to women. Marlow’s gong is therefore undoubtedly well deserved. Perhaps he will commission himself some regalia for his new role at the helm of the Design Museum.