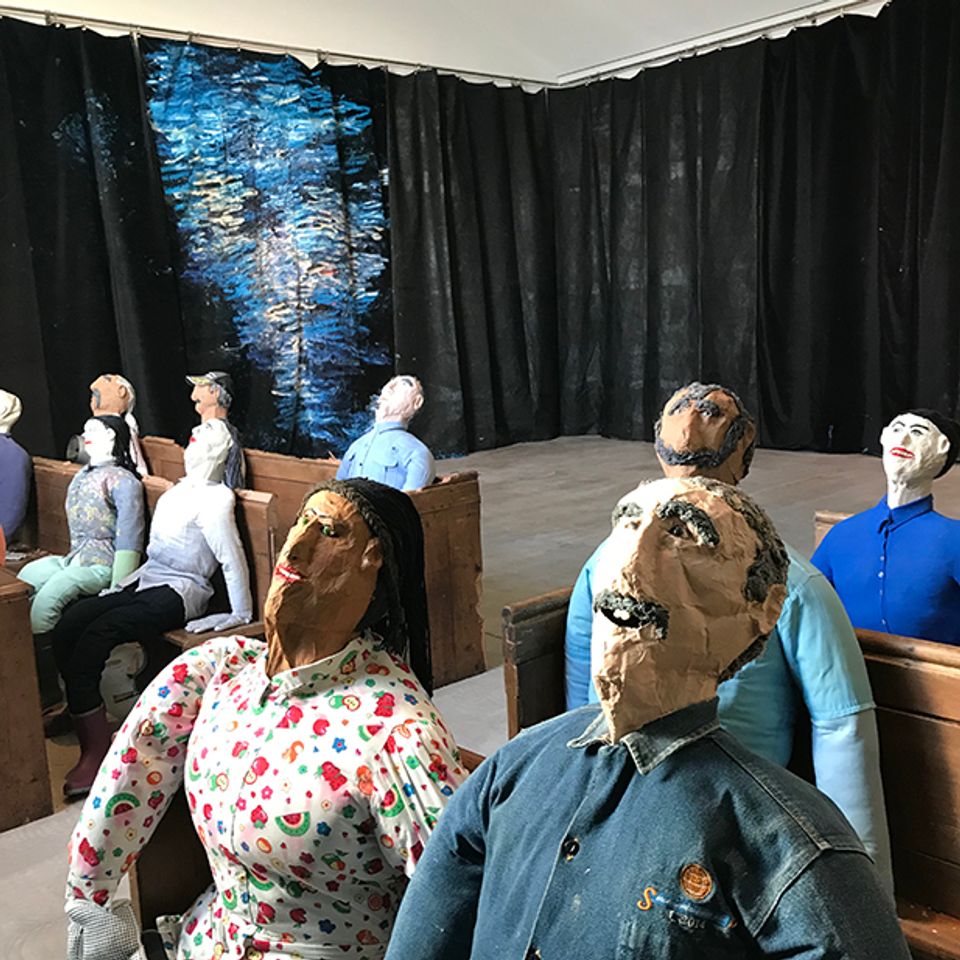 Before the London art world became gripped by the maw of this year’s Frieze, it descended southwards en-masse to Margate for a blast of bracing sea air and an early dose of contemporary art. JMW Turner once described the skies of Margate as “the loveliest in all of Europe”. Now a major draw to this coastal town is the fact that for the first time his namesake Turner Prize is being hosted in Margate’s Turner Contemporary gallery (until 12 January 2020), serendipitously situated on the site of the guesthouse where the artist used to stay and dally with his landlady.

This year’s Turner nominee lineup of Tai Shani, Helen Cammock, Lawrence Abu Hamdan and Oscar Murillo is particularly strong (my two front-runners are Abu Hamdan and Murillo). In a nice embellishment on the southward pilgrimage of the art ranks, just before the show’s opening Murillo’s 20 or so life-sized fabric and papier-mâché figures of workers had also made their own unorthodox journey south to Margate. Instead of being packed into an art handler’s truck they were individually seated in wheelchairs and transported on public train from his North London studio.

Another eagerly anticipated unveiling was that of Gossamer, an exhibition devoted to hosiery in art at Carl Freedman’s gallery (until 15 December), which has relocated from Shoreditch to a former printworks building in Margate's town centre. Curated by the stylist and all-round cultural maven Zoe Bedeaux, this compelling show of major works by 22 artists confirms the enduring appeal of tights and stockings as a serious, versatile and richly associative medium. It combines the contemporary artists Sarah Lucas, Polly Borland, Gary Hume and Enam Gbewonyo with such historic works as a rarely seen Louise Bourgeois sculpture, photographs by Pierre Molinier and a revelatory series of 1970s stuffed tights by the veteran French artist Marianne Berenhaut. 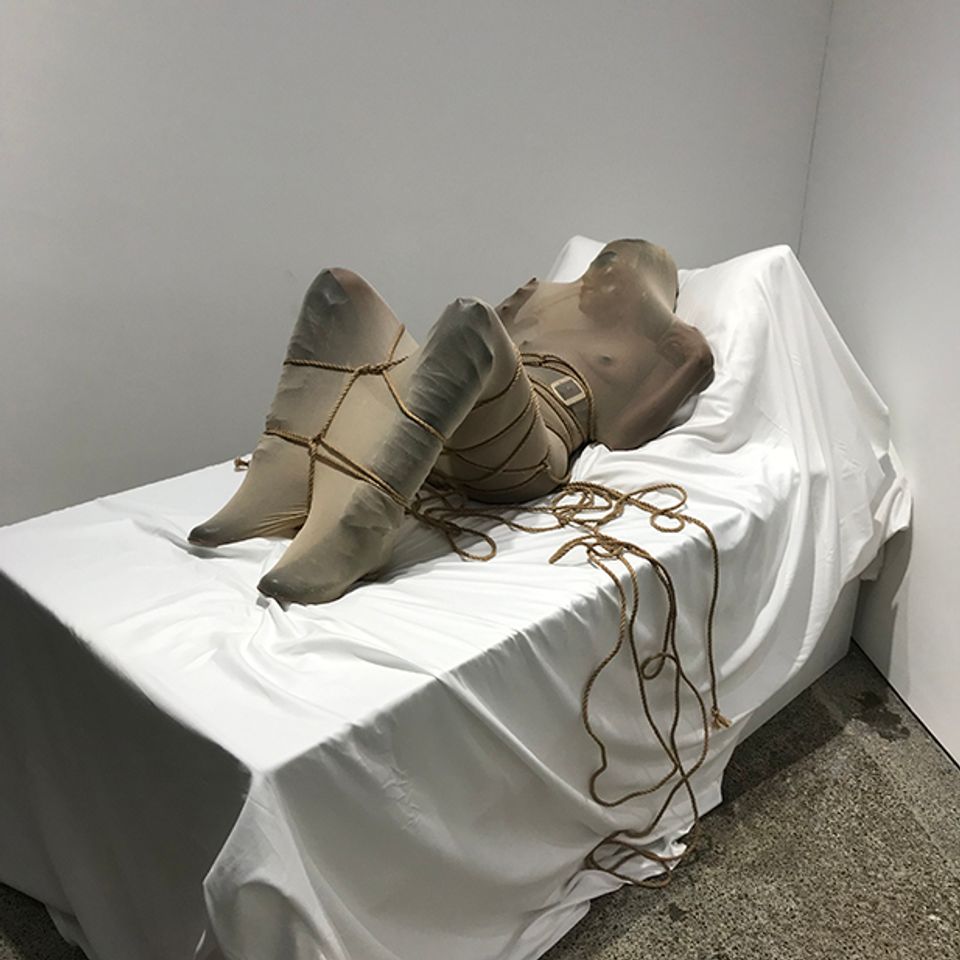 There are also photographs by Senga Nengudi; one of Allen Jones’s fetishistic sculptures; and Man Ray’s photograph of his wife Juliet with a finely meshed stocking over her face. Bedeaux set a new standard of curatorial engagement on the opening night with her memorable "live intervention" which involved the impassioned recital of a poem-lament while entirely cocooned in thick pantyhose and trussed up with lengths of rope.

More shenanigans also took place at the simultaneous inauguration of Margate Now!, a new culture-fest permeating every part of town from a 24-hour disco in a former Primark clothes store to handmade metal goods buried on the beach. The programme was guest curated by the actor and art patron Russell Tovey who, although a diehard Essex boy, loves Margate so much that he is buying a flat there. And he’s not the only one—Margate’s most famous daughter Tracey Emin has also purchased an extensive chunk of property adjacent to Freedman’s gallery which she is in the process of turning into painting and sculpture studios as well as a substantial home for herself. A derelict Georgian building has also been snapped up by the Frieze co-founder Matthew Slotover, who plans to turn it into a hotel. Another Margate arrival is the alternative art school Open School East, which has taken up residence in the Margate Adult Education Centre.

But while Margate’s cultural clout may now extend beyond its views of sea and skies—with JMW Turner and Turner Contemporary even featuring on the new £20 note—thankfully it still retains some of its seaside humour. In honour of the arrival of the Turner Prize and with a wry sideswipe at the town’s obsession with all things Turner-esque, the Dreamland Margate amusement park has commissioned a giant seven-metre-high inflatable "Tiina Turner" head, which doubles up as a karaoke booth in which fans can blast out her greatest hits. There’s also an open competition for a Tina Turner-themed artwork for Dreamland’s Mural by the Sea billboard. For every facet of culture it seems that Margate is proving to be simply the best!