New exhibition at Amsterdam's Van Gogh Museum is a unique opportunity to see Vincent’s correspondence, normally locked away in a vault 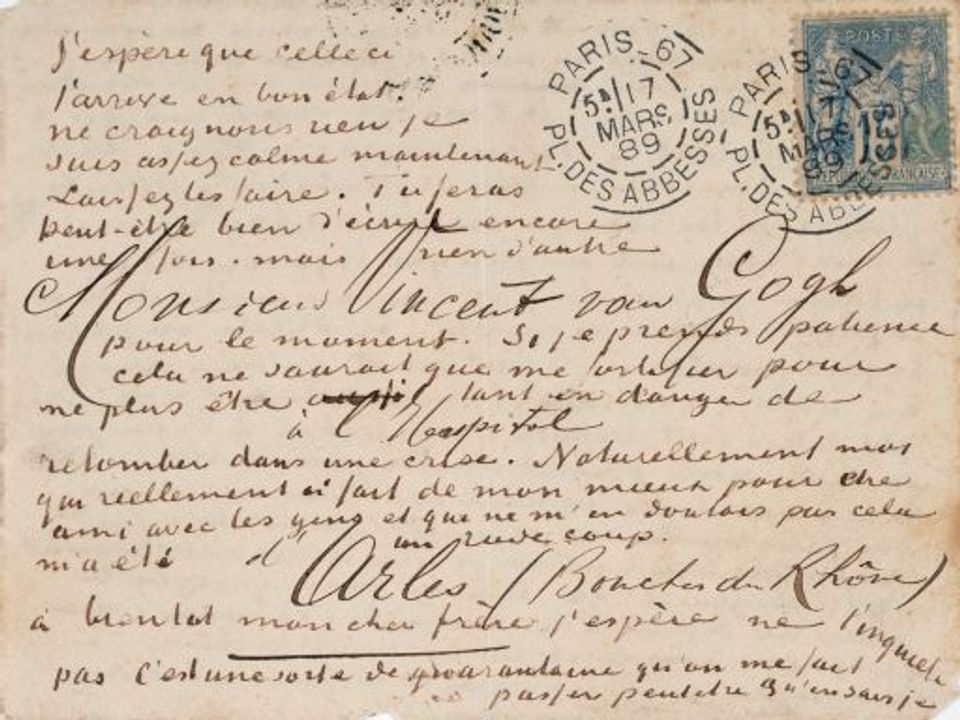 When Van Gogh was sent to hospital again in March 1889, a few weeks after mutilating his ear, he ran out of writing paper. The solution was to use the envelope from a letter he had just received, addressed to him in Arles by his brother Theo. Having reached the bottom of the envelope Vincent squeezed in his last words, ending with an enigmatic query: “It’s perhaps a sort of quarantine I’m being put through. What do I know?”

Van Gogh had effectively been quarantined by his neighbours. After slashing off most of his ear he was regarded, quite unfairly, as dangerous to others—and the police ordered him to be sent hospital. He was forced to leave his beloved home, the Yellow House. As Vincent complained to Theo: “Here I am, shut up for long days under lock and key and with warders in the isolation cell.” He insisted that he was “not like a madman but… the brother you know”.

This unusual note is on display in ‘Your Loving Vincent’: Van Gogh’s Greatest Letters, which has just opened at Amsterdam’s Van Gogh Museum and runs until 10 January 2021. Featuring 40 of the artist’s most interesting letters, it includes some with little sketches, which are displayed alongside paintings such as The Potato Eaters (1885), The Bedroom (1888) and The Sower (1888).

Van Gogh’s letters are the most interesting of any artist in history. Of the 825 that survive, 789 are in the Van Gogh Museum. For conservation reasons they are very rarely exhibited, which makes the present display such an unusual opportunity. Letters range from the earliest one, written while Vincent was a trainee art dealer in The Hague in 1872, to his final one, penned four days before he shot himself in Auvers-sur-Oise in 1890. 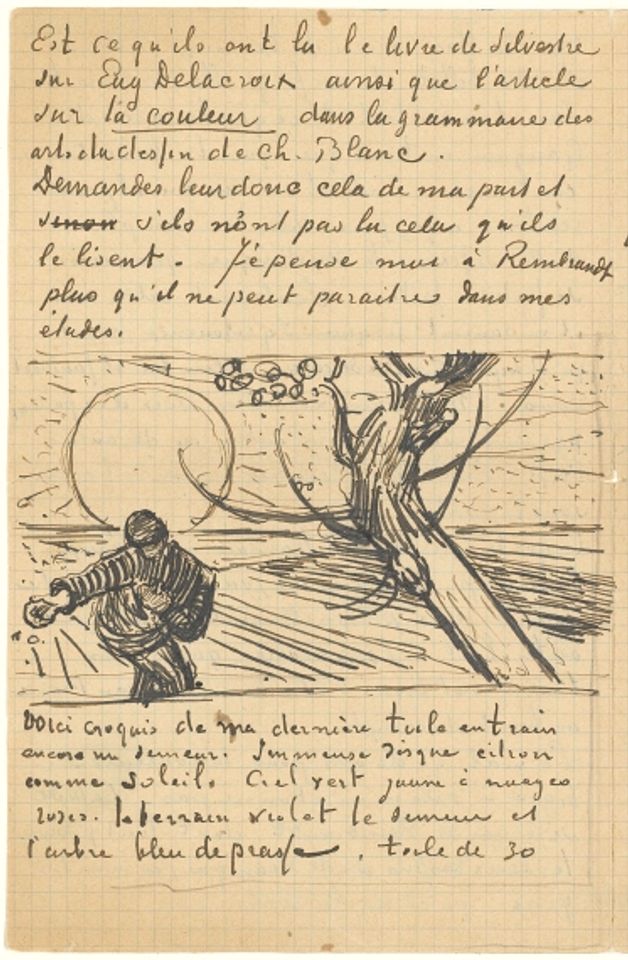 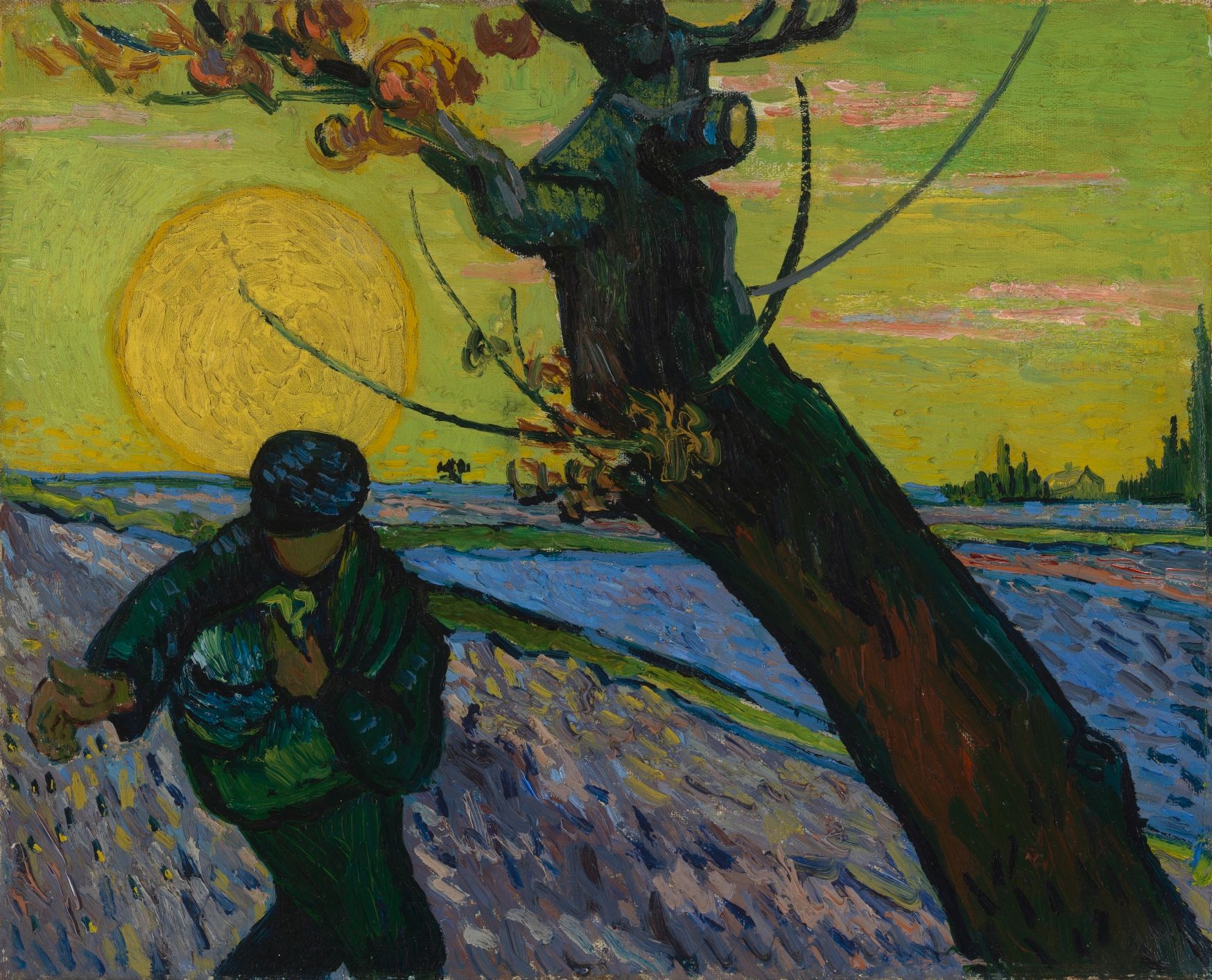 Although most of the artworks on show are from the Amsterdam museum’s own collection, two rarely seen paintings are coming from private collections. These paintings on show alongside related letter sketches are Landscape with Leaning Trees (1883) and Field with a Ploughman (1889), which sold sold for $81m at Christies in 2017. 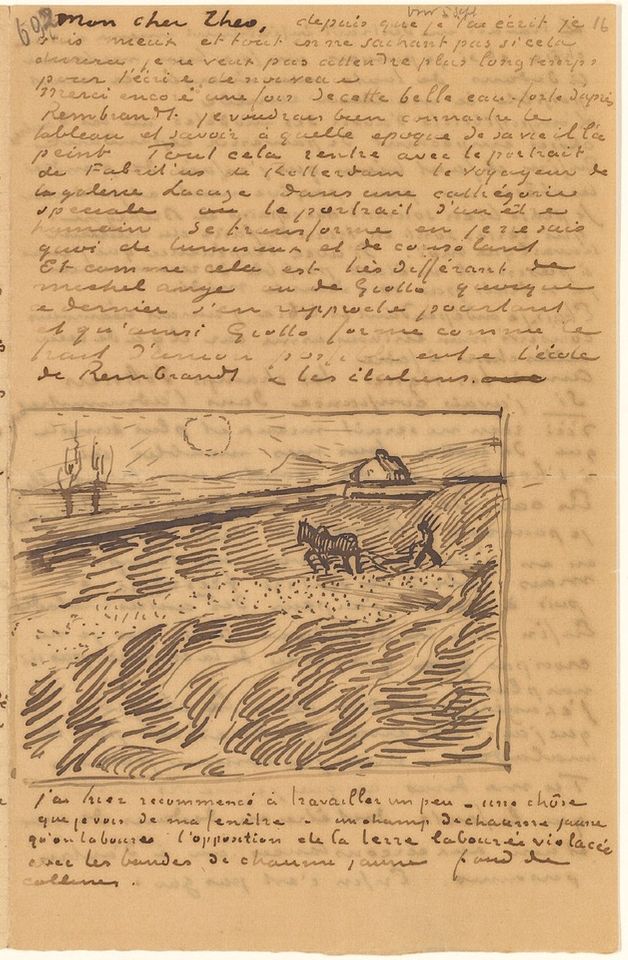 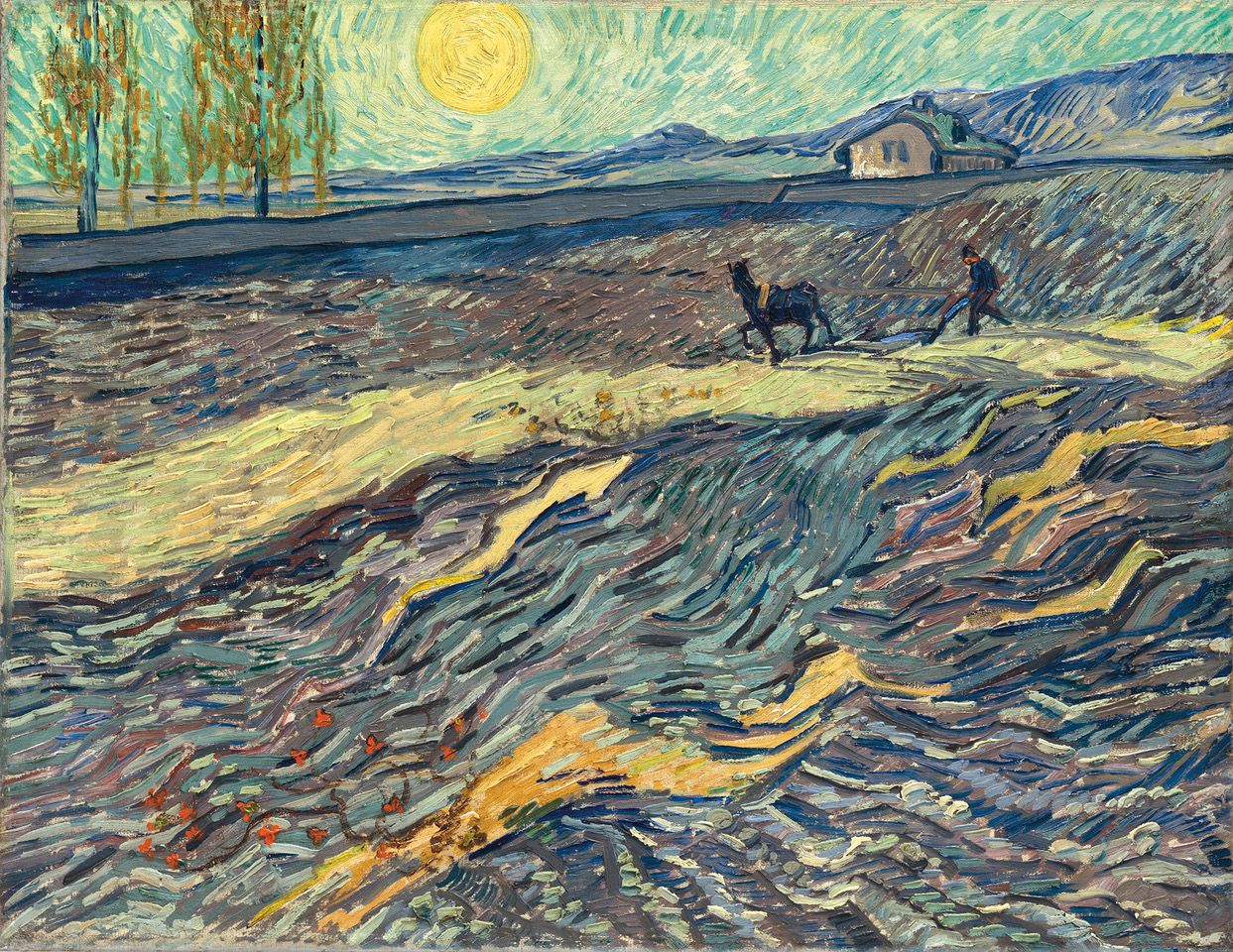 Two other letters, both recent acquisitions, are of special interest. Last June, the museum paid €210,600 for the only joint letter by Van Gogh and Gauguin, dating from 1-2 November 1888 and recounting plans to work in the brothels.

In May 2019, the Van Gogh Museum acquired the 9-10 February 1890 letter to the critic Albert Aurier, who wrote the first detailed review of the artist’s work. It was purchased for the museum for €107,900 by the Hong Kong-based international property developer Cheung Chung-kiu and his wife Cecilia. The couple are also credited as the lead supporters of the current exhibition ‘Your Loving Vincent’: Van Gogh’s Greatest Letters.

With coronavirus restrictions, the Van Gogh Museum currently only has the capacity for up to around 1,650 visitors a day, less than a quarter of the usual autumn number. Tickets need to be booked in advance, online.

Although there is no catalogue for the show, which is curated by Nienke Bakker, it coincides with the publication of Vincent van Gogh: a Life in Letters, an anthology of 76 of the finest letters, published by Thames & Hudson. The full letters, with detailed annotations, are also available on an excellent dedicated website.