A Van Gogh and a Monet: you win one and lose another

The Dutchman’s newly attributed Oslo self-portrait is unveiled in an Amsterdam exhibition, while the Frenchman’s bohemian portrait suffers a downgrading 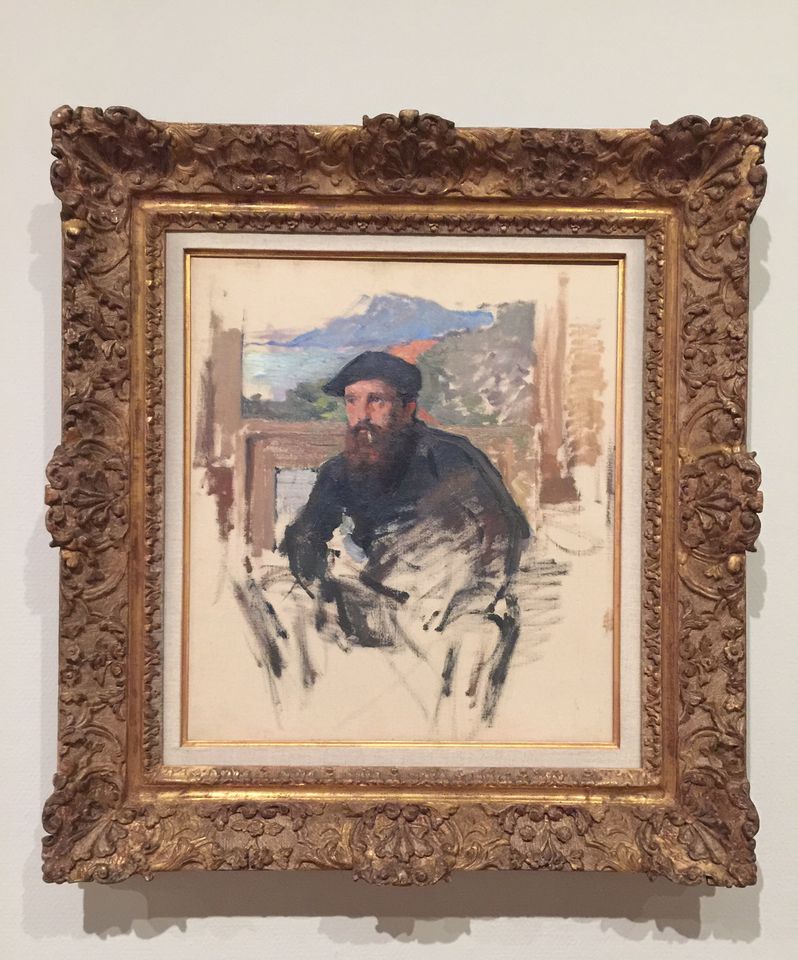 The Van Gogh Museum in Amsterdam today opens its exhibition entitled In the Picture: Portraying the Artist (until 24 May), focussing on artists’ portraits and self-portraits from 1850 to 1920. Among the nine Van Gogh self-portraits is the one from Oslo’s National Museum, previously dismissed as a fake. Last month specialists at the Amsterdam museum authenticated the painting, describing it as the only surviving work which the artist did while recovering from a psychotic attack. 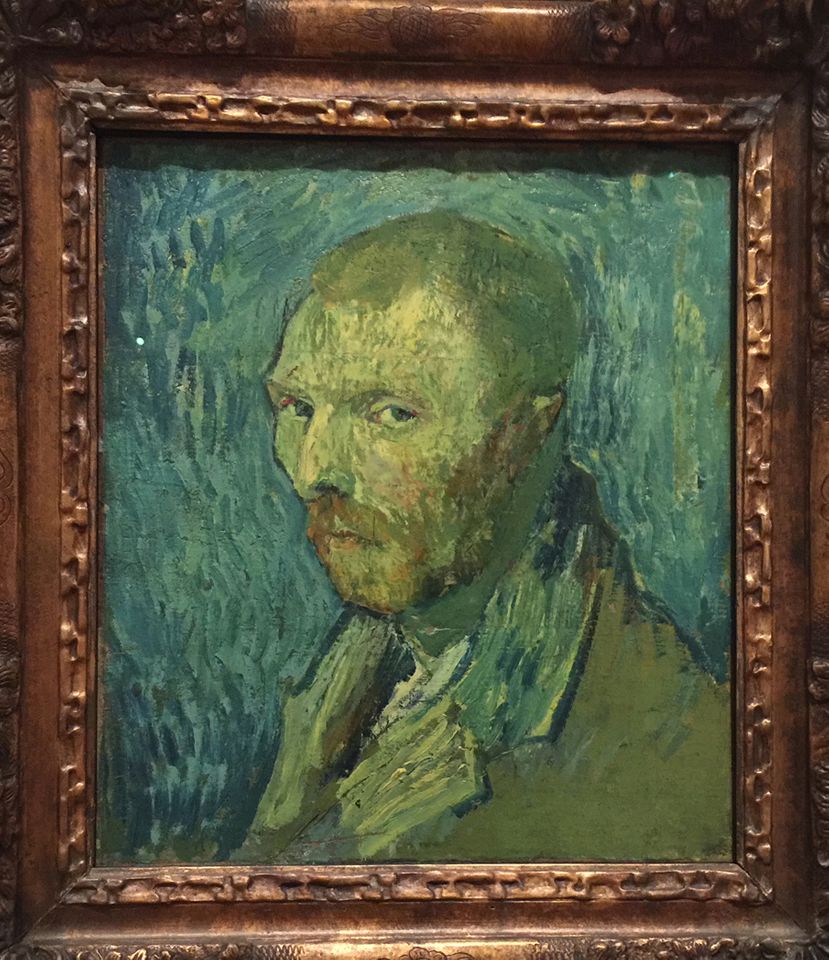 But at the same time a Monet “self-portrait” showing the bohemian artist has fallen from grace, and in the exhibition it is now attributed to a minor Swiss painter, Charles Giron. It was given by the Wildenstein gallery to the Musée Marmottan Monet in somewhat mysterious circumstances in 1986. When eventually displayed at the museum in 2000 it was presented as a Monet self-portrait, then a few years ago it was “attributed” to John Singer Sargent and last year it was off show.

The Art Newspaper ran a detailed report on the Monet portrait in 2010, headlined “It is not by him —the hunt is on to identify the mystery artist”. Other specialists had suggested the painting is by Berthe Morisot or Monet’s friend the American Impressionist John Breck. Subsequent research undertaken for Wildenstein by the New York art historian Joseph Baillio confirmed the Giron attribution.

Now the Marmottan has acknowledged it is by Giron. Marianne Mathieu, its curatorial director, told us this week: ”Recent research, supported by previously unpublished documentation, now confirms the attribution to Giron.” In 1885 Giron recorded in his diary a visit to Giverny, where after lunch he spent an hour painting a portrait study of his host, borrowing Monet’s own paints and palette.

Curated by Nienke Bakker and Lisa Smit, the Van Gogh Museum exhibition In the Picture includes 75 paintings—just over half self-portraits and the remainder portraits, representing a wide range of European and American artists. These include portraits of Renoir, Cézanne, Böcklin, Millais, Gauguin, Sickert, Munch, Hammershøi and Schiele. There is also a smaller display of works on paper featuring artist portraits, including a watercolour of Van Gogh by the British artist Archibald Hartrick (late 1930s). 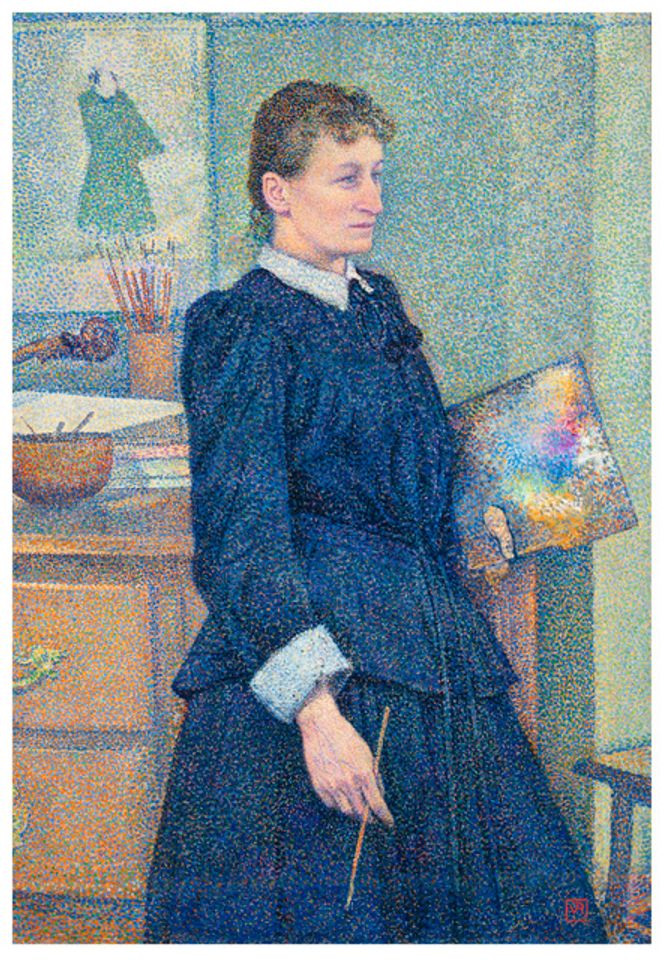 Van Gogh fans will be able to see portraits of the Dutch artist by the Australian Impressionist John Russell (1886) and Toulouse-Lautrec (1887). A special treat is the chance to see a powerful portrait of the artist Anna Boch, by the Belgian Neo-Impressionist Théo Van Rysselberghe (1892), on loan from Springfields Museums in Massachusetts. Anna Boch, whose brother Eugène was a friend of Vincent in Arles, was the first person known to have bought a Van Gogh painting, in 1890.

The centrepiece of the Amsterdam show is the Courtauld Gallery’s Self-portrait with Bandaged Ear (1889). This is on loan to the Van Gogh Museum while the Courtauld is undertaking a major refurbishment. After the Amsterdam portraits exhibition closes in May the painting will remain on display in the museum’s permanent collection until September and could stay on longer, until nearer the Courtauld’s reopens in spring 2021.

• Today marks the first anniversary of the death of Johan van Gogh, the grandson of Vincent’s brother Theo. He served in the Dutch intelligence service and died on 21 February 2019 at the age of 96. We pay tribute to his family, who made it possible to establish the Van Gogh Museum in 1973.

• The Saint Louis Art Museum this week opened Millet and Modern Art: From Van Gogh to Dali, which has travelled from the Van Gogh Museum in Amsterdam. Featuring 13 Van Goghs, the show runs until 17 May.