Detectives are intensifying their investigation into the latest crime, at Laren’s Singer museum, which was committed this week on the artist’s birthday 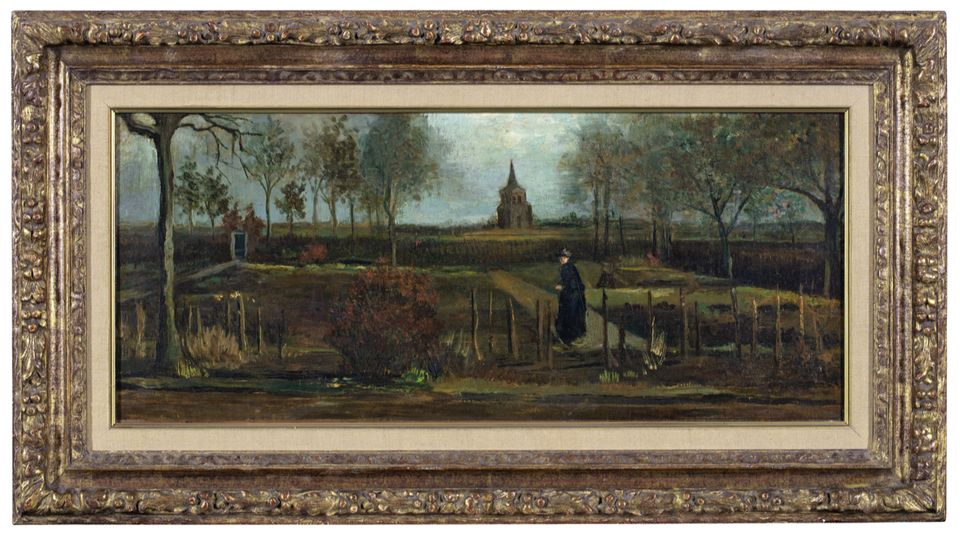 Vincent van Gogh’s The Parsonage Garden at Nuenen in Spring (1884) Courtesy of Groninger Museum, on loan from the municipality of Groningen. Photo: Marten de Leeuw

The Van Gogh smash-and-grab raid on the Singer museum in Laren on Monday came as a shock. Amidst the coronavirus pandemic, which has killed over 1,000 people in the Netherlands, it may have seemed astonishing that criminals should target art. But an Interpol spokesperson commented that the theft is “more proof that criminals don't take breaks and will use any situation to their advantage”.

Very early on Monday morning, at 3.15am, thieves broke through the glass door of the public entrance to the Singer Laren complex. Alarms were triggered, but by the time police arrived the criminals and The Parsonage Garden at Nuenen in Spring (1884) were gone. The thieves were in and out within just a few minutes, suggesting that they were skilled. Although presumably captured on CCTV, they almost certainly disguised their appearance. A getaway vehicle must have been used, and may also have been spotted on CCTV, but no details have yet been released by the police.

Detectives are obviously now considering whether it was a coincidence that the thieves struck after the museum was closed on 12 March because of coronavirus. The thieves may have believed that the building would be more vulnerable: some overnight security staff might have been off the premises; those working there would have had to keep a distance from each other; and police might have been hard-pressed dealing with coronavirus issues.

It was also poignant that the theft took place on the artist’s birthday, 30 March. Could it be that the brazen thieves were making a point and hoping to maximise international publicity about their heist? Or were they simply ignorant criminals?

The Parsonage Garden at Nuenen in Spring was painted in March 1884, while Vincent was living with his parents. It depicts the view of the back garden of his father’s parsonage, with the tower of the old church in the distance. A woman dressed in black walks away, turning back to look towards the house. The parsonage and garden still survive in Nuenen, in the south of the Netherlands, although the church tower was demolished a year after the painting was completed.

In 1962 the painting was donated by Jan Willem Moll to the municipality of Groningen, in the far north of the Netherlands, and has since been displayed at the Groninger Museum.

Earlier this year The Parsonage Garden at Nuenen in Spring was lent to the Singer Laren museum for an exhibition on art of around 1900, entitled Mirror of the Soul: Toorop to Mondriaan (which was scheduled to end on 10 May). As the Van Gogh was the only painting seized in the raid, it was presumably targeted. 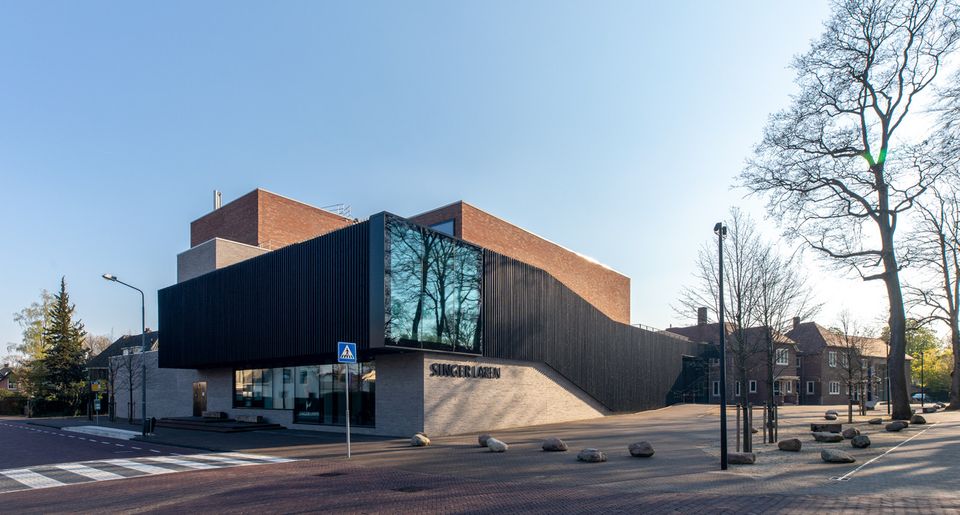 The Singer Laren’s permanent collection comprises the donated art of the deceased American couple, Anna and William Singer. They lived in Laren (25km east of Amsterdam), an important artists’ colony in the late-19th and early-20th centuries. Although the museum dates from 1956, the present entrance building was only completed three years ago, so it ought to have had state-of-the-art security (although it is worrying that the glass front door could be broken).

Slightly unusually, Van Gogh painted The Parsonage Garden at Nuenen in Spring with oil on paper, which was later mounted on board, probably in the mid-20th century. The painting is 57 cm wide and was displayed in an ornate golden frame, which may well have been discarded. A few words of advice to the criminals: the picture may be stronger than a work on canvas, but the wooden panel is vulnerable to changes in humidity.

The Hague dealer Ivo Bouwman told us that he values the Van Gogh at around €1.5m, but of course this is its open market valuation and it cannot be sold legitimately. The thieves may try to use it as “currency” in the underworld, although its value would be well under a tenth of what it would fetch on the open market.

We understand that the loan was not covered by Dutch government indemnity, so it is likely to be commercially insured (although neither museum is commenting on this). A reward for information leading to a recovery may well be announced shortly. Anyone with information should contact the Netherlands police.

Five days after the theft, the possibility of an immediate recovery has now passed, but most major stolen works of art do eventually surface.

The Netherlands has faced a disastrous series of Van Gogh thefts in recent decades:

• In 1988 Vase with Carnations (1886) was stolen from Amsterdam’s Stedelijk Museum, but was recovered a few weeks later.

• Later in 1988 three major paintings were seized from the Kröller-Müller Museum in Otterlo: Loom with Weaver (1884), the oil sketch of The Potato Eaters (1885) and Four Sunflowers Gone to Seed (1887). They were recovered the following year.

• In 1991 thieves stole 20 paintings from the Van Gogh Museum, including the Sunflowers (1889). This was probably the most serious art theft since the Second World War (arguably a greater haul than that seized from Boston’s Isabella Stewart Gardner Museum the previous year). Fortunately all the Van Goghs were quickly recovered from an abandoned getaway vehicle.

The fact that all 28 Van Gogh paintings, from six separate thefts, were eventually recovered should offer hope that The Parsonage Garden at Nuenen in Spring will eventually return to its home in Groningen.

• Plans are being drawn upon to designate part of the southern Netherlands as the Van Gogh National Park. It would cover a quarter of Brabant, centred on its forested landscape, and include the villages where Van Gogh once lived: Zundert, Helvoirt, Etten and Nuenen.