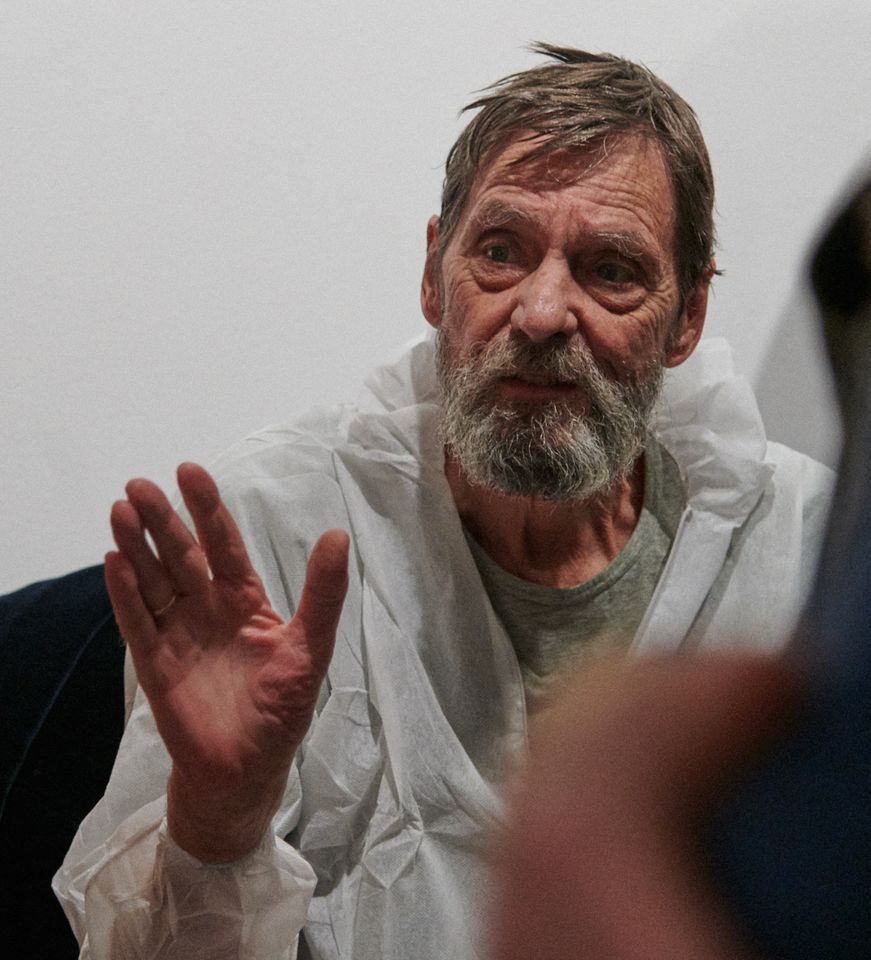 Last night (9 January) a small select audience were treated to a unique performance by Frank Uwe Laysiepen, better known as Ulay, the conceptual artist and former consort of Marina Abramovic, to mark the opening of his first solo show at Richard Saltoun gallery. Described by Ulay as a “peformative photographic event”, Performing Light found the artist combining his lifelong parallel preoccupations with photography and performance by transforming the back gallery into an immersive dark-room and using his body to create an on-the-spot photogram. 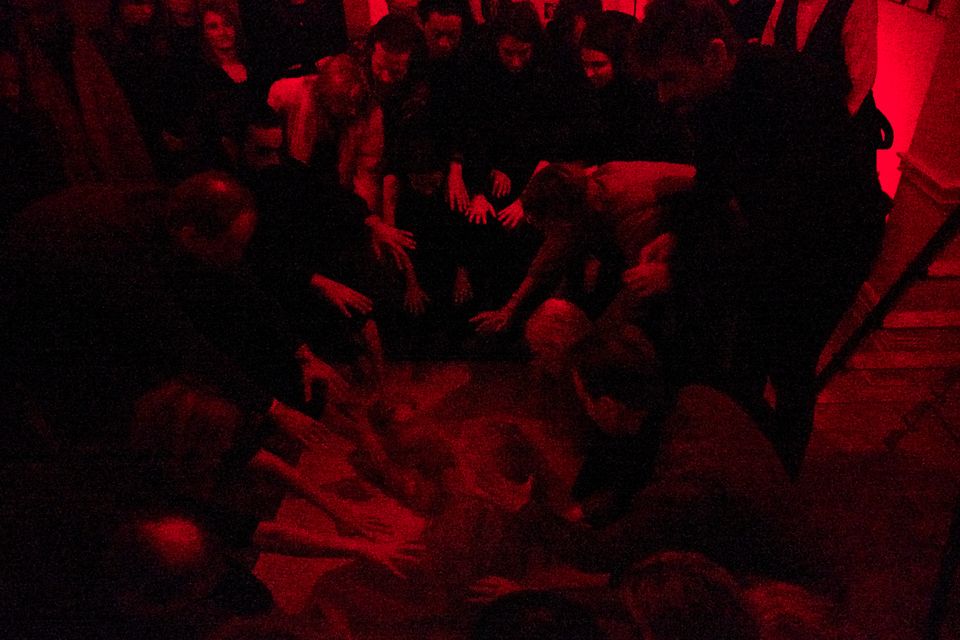 The event was especially poignant since Ulay is now very weak with the return of the lymphatic cancer which inspired his 2013 film Project Cancer. It took all of his strength to get himself out of the chair from which he had received guests and to lie on the photosensitive paper which was covering the darkened back gallery floor. The surrounding audience — which included artist Mark Wallinger, art dealer Ivor Braka and his wife the model Kirsten McMenamy, the Tate curator Fiontan Moran and the creative director of Frieze Masters Nathan Clements-Gillespie — was instructed by the artist to reach out their hands over his prone body so that when the paper was exposed to the light their silhouetted handprints became part of the image, framing Ulay’s shadowy form. Almost immediately afterwards Ulay left the gallery, his energy depleted, but leaving this powerful and moving image in his wake. 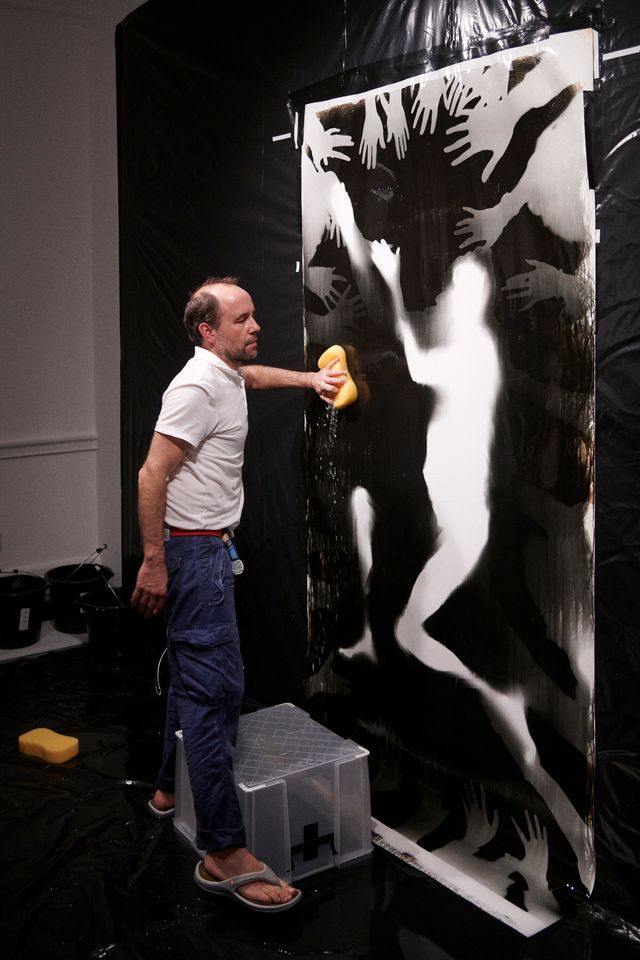 The rest of the show–which has been curated by Birte Kleemann of Michael Werner Gallery– forms a mini-survey of Ulay’s photographs and polaroids. Now hanging on its back wall is the striking full-scale physical evidence of Performing Light, which is sadly quite likely to be the artist’s last live performance.