'We abstracted our experience—that is how we saved ourselves': emotional opening at Margate's show of African American art 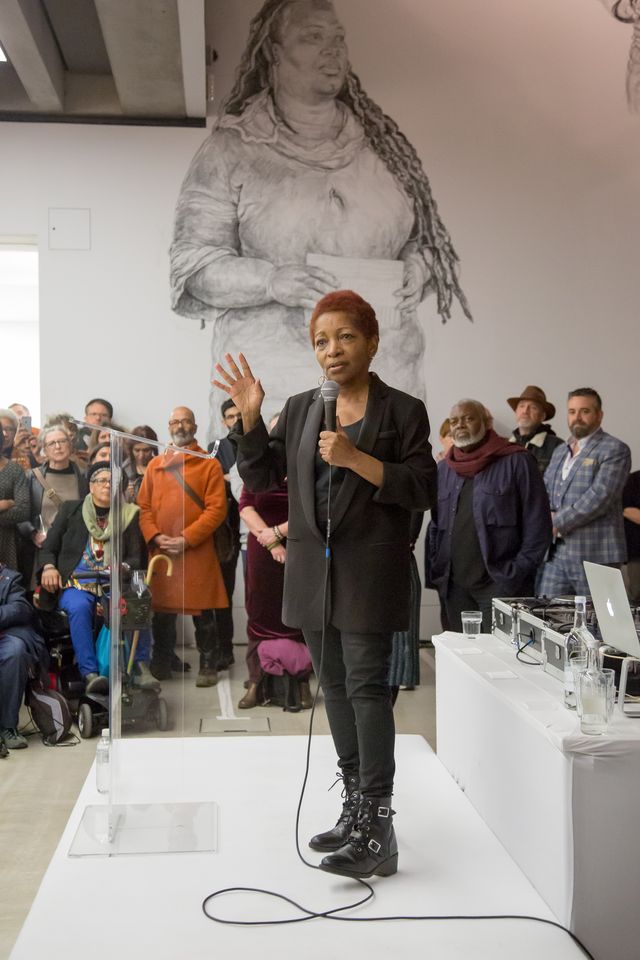 The playwright, novelist and critic Bonnie Greer gave an impassioned opening speech at the We Will Walk show Photo: Manu Palomeque

An important exhibition opened at Turner Contemporary in Margate last week. We Will Walk: Art and Resistance in the American South is the first time the UK has seen a show devoted to African American art from the Deep South that was shaped by the American Civil Rights movement of the 1950s and 60s. It is long overdue.

This art is born of resilience, ingenuity and indomitable human spirit, made by more than 20 artists who often worked on the margins, using whatever found or recycled materials they could lay their hands on. But while very specific to a time and a place, We Will Walk addresses issues of race, class and resistance that reverberate strongly throughout today’s world, whether in the American South or on England’s south coast.

In her impassioned opening speech the playwright, novelist and critic Bonnie Greer—whose father was born in Mississippi—paid tribute to the way in which We Will Walk picks up on what she described as “the abstraction of African American life”. “We abstracted our experience, we abstracted our life, it is an act of great artistry and genius and it is how we saved ourselves,” she said. “All of this is here in this space.” 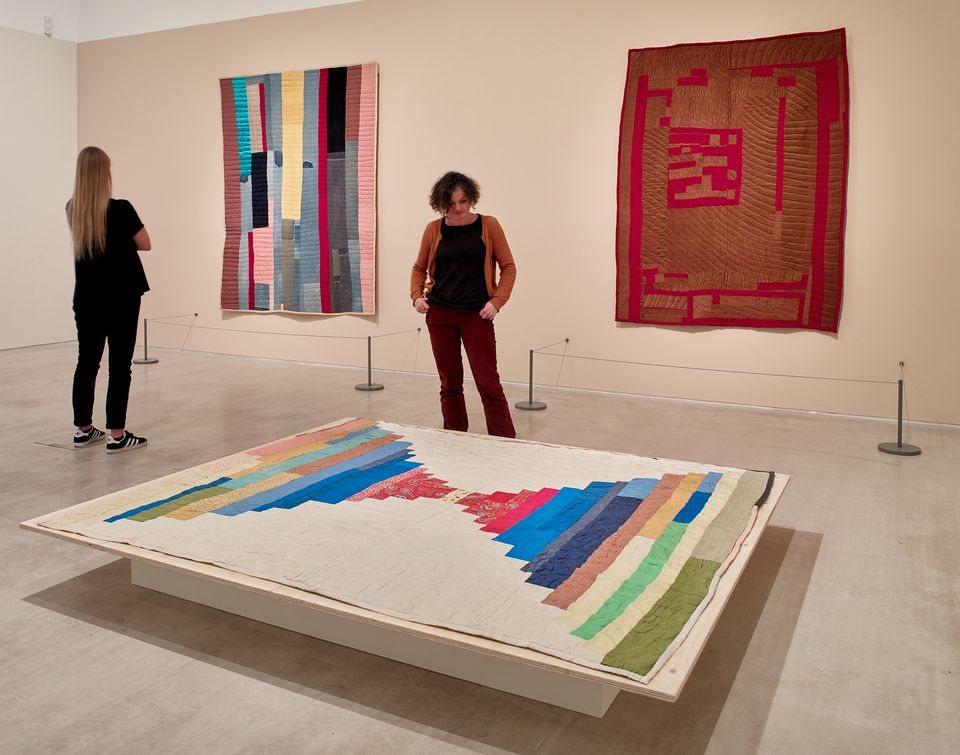 Installation view of the exhibition We Will Walk: Art and Resistance in the American South Courtesy of Turner Contemporary. Photo: Stephen White

Such salutary artistry encompasses the work of Bill Traylor, who was born into slavery and spent his last years living on the streets of Montgomery, Alabama, painting and drawing on scraps of paper until his death in 1949. It can also be found in the work of Bessie Harvey, who sculpted dramatic apocalyptic visions from tangled tree roots in Alcoa, Tennessee. We see how Hawkins Bolden from Memphis, despite being blind from the age of eight, spent his long life assembling scarecrows, guardian figures and abstract assemblages from broken furniture, carpet scraps and discarded kitchenware. The musician, artist and gravedigger James Son Ford Thomas modelled skull heads from the clay of the Yazoo River, complete with pebble—and sometimes real—teeth. Then there’s the room of striking abstract quilts stitched by several generations of women from Gee's Bend in Alabama using recycled cloth, including worn out blue jeans and mattress ticking, which is an exhibition in its own right. Gee's Bend quilts have featured on American postage stamps yet, like so much of the work in this show, they are barely known outside the US. 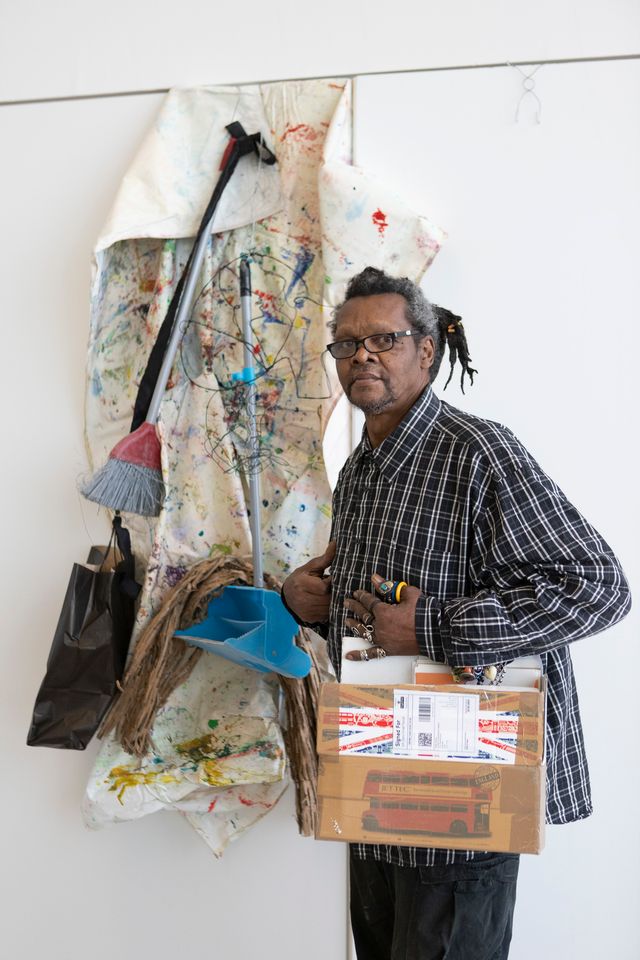 The struggle for civil rights and the effects of segregation and racial terror are a constant theme. An especially chilling symbol of the times is to be found in Freeman Vines’ guitar carved from the wood of a "hanging tree" used for lynchings. Another is a noose of barbed wire and a rocking chair strangled in tire hose, both made by the artist-musician Lonnie Holley, whose grandmother helped dig the graves of three of the children killed in the 1963 white supremacist bombing of the 16th Street Baptist church in Birmingham, Alabama. As the British artist Hannah Collins, who has curated the show with the researcher and urban theorist Paul Goodwin, states: “these artists were surrounded by momentous events and these events shaped their art.” Much of this art draws on the tradition of the "Yard Show’" whereby artists constructed permanent outdoor installations around their homes. These elaborate and often extensive arrangements of sculptures and assembled objects created by artists including Dinah Young, Emmer Sewell and Joe Minter are here presented in large format photographs taken by Hannah Collins during her three years of research visits in and around the Southern US states. Collins’ striking photo pieces are both an essential record of a vanishing practice and distinctive artworks in their own right. They depict the original context for much of the work in We Will Walk and also help to give this exhibition its distinctive atmosphere and very particular sense of place.

“We are our ancestor’s wildest dreams—they could not have imagined us, but they believed in us so that we could be here.” Playwright, novelist and critic Bonnie Greer

Another key strand is the plethora of documentary and archival photographs, which provide essential context in their depiction of key events in the civil rights movement such as the Selma to Montgomery marches, the anti-segregation demonstrations and the funeral of Martin Luther King, while a stirring soundtrack of protest songs plays through the galleries. Holley, who was present in Margate on the opening night, also brings matters firmly up to date and emphasises the exhibition’s continuing relevance with the inclusion of his 2018 music video I Woke Up in a Fucked-Up America, which features the artist-musician lying prone amongst strewn debris and "Yard Show" arrangements of assembled sculptures. The enduring impact of the civil rights era is also highlighted by the inclusion of a number of today’s prominent contemporary artists who were either born or spent their early years in the American South. Among these are Kara Walker, who has made a series of watercolours of land workers and animals inspired by her teenage years in Atlanta, Georgia, and Kerry James Marshall’s Souvenir: Composition in Three Parts (1998-2000), a wall-mounted 16th Street Baptist Sign church sign, plaque and bouquet which pays homage to the atrocity that took place in his birthplace of Birmingham, Alabama. The need to bear witness and to commemorate continues to run through the generations.

In her opening speech, Bonnie Greer reminisced about visiting her grandmother in Mississippi when she was three years old and her vivid memories of not being allowed to eat in the dining car of the segregated train. “We are our ancestor’s wildest dreams—they could not have imagined us, but they believed in us so that we could be here,” she declared. “Now we are in this space to remember that and to deal with that.” Greer ended with a rallying cry to the private view crowd to “come back again and feel what the people who freed themselves on their own backs did: they mad art with every breath.” We Will Walk certainly merits many return visits and—crucially—it also ought to travel to many places beyond Margate. However, so far there have been no offers to tour the show. This sorry state of affairs needs to change.

• We Will Walk: Art and Resistance in the American South, Turner Contemporary, Margate, until 3 May