When Britain divides, custody of its art must be shared fairly

If Scottish independence follows Brexit, what will happen to the national collection? 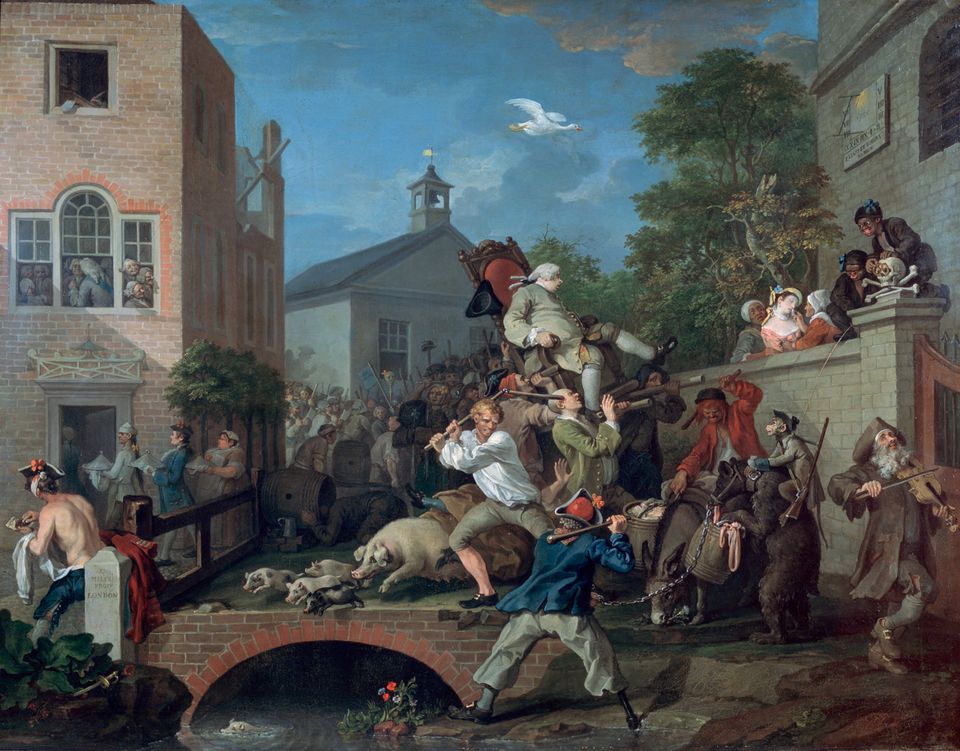 Art historians have the best adjective to describe the latest Brexit chaos: Hogarthian. What fun Hogarth would have had portraying our new blustering, blundering, Cummings-operated jester of a prime minister. After all, great art requires great subjects, and Boris Johnson will go down in history as one the greatest disasters of all time. But while Brexit may one day provide rich material for British artists, it also (at least, in the manner in which it is currently being handled) presents a threat to British art, and of course to Britain itself. Coverage elsewhere in The Art Newspaper has examined how a chaotic Brexit might impact areas like arts funding and the British art market. For me, living in Scotland, the question is more existential: will there any longer be a Britain at all?

This is not the place to discuss the case for Scottish independence. But I’m in little doubt it is now inevitable. What, then, happens to Britain’s national art collection? Who gets what? In 2014, during the last independence referendum, the Scottish government claimed a share of £1.3trn of UK public assets in line with Scotland’s population; 8.4%. But no art was included in the calculation. Does this assume an independent Scotland must be happy with the art that happens to be physically in Scotland at the time of independence? Should a claim be made to a greater share of the UK’s national collection? Or should the rest of the UK even ask for various pictures back?

Scotland may not have many Turners, but it has a surfeit of Raeburns

The first question is, does Scotland already have a fair share of the UK’s public art collection? In overall numbers, Scotland does well; of the 213,850 oil paintings listed on the ArtUK website, 27,124 are in Scotland, a share of 12.6%. But when we begin to assess the quality of that art—subjective, I know—things look different. Take a range of well-known Old Master artists from the National Gallery in London and the National Galleries of Scotland in Edinburgh respectively. The National Gallery in London owns 20 Rembrandts, but Edinburgh only one; for Raphael the score is 11-0; Poussin 13-1; Claude 13-1; Canaletto 18-1; Rubens 29-5; Botticelli 10-1; Bellini 10-0. In a very few cases, Edinburgh does better (three El Grecos to London’s two). But the evident disparity reflects a decades-long bias towards London in all areas of central government policy (the view of our national collection is even bleaker from Belfast, Cardiff and the English regions).

When significant works have been acquired “for the nation”—with public funds—the assumption has always been that they should hang in London. Two Diana paintings by Titian secured from the Sutherland collection in 2012 for £95m, and now jointly owned by both the National Gallery and National Galleries Scotland, are rare exceptions. Only the Arts Council’s Acceptance in Lieu scheme has a track record of fairly distributing art across the country.

What of whole collections acquired “for the nation”? When the nation divides, should the collections, too? Thanks to its custody of the Turner Bequest—left to the nation by the artist in 1851—Tate Britain has over 300 of his oil paintings. Yet there are only two Turners in the whole of Scotland. The Royal Collection is a similar if more delicate matter, but the fact remains that only 4% of its pictures are on long-term display in Scotland, and none are by internationally renowned artists like Rembrandt.

However, as tempting as it is to draw up the greatest shopping list of all time, I do not advocate the physical breakup of Britain’s publicly owned art collections. Instead, we should agree a commitment to share our art fairly, either through loans or joint ownership. Scotland may not have many Turners, but it has a surfeit of Raeburns. There’s a deal to be done. And when we consider that Tate currently exhibits less than a quarter of its Turners, it is clear we could even start the process now. Why wait? There is no excuse for keeping 232 Turner paintings hidden in storage. Let’s have an immediate, nationwide redistribution of our art. We might even call it a Brexit dividend.